The Honda Civic Type R scored its latest victory in TCR Germany at Hockenheim as Albert Legutko triumphed in the Junior Trophy category.

Albert Legutko, whose eponymous team has been proving all year that the JAS Motorsport-built Civic FK2 - debuted in 2015 - remains competitive on the international TCR scene, won the first of the weekend’s two races with a commanding performance.

He again challenged for glory in Race Two but was out of luck as a gearbox issue led to a late retirement. Such was the level of attrition in the category however, that he was still classified third.

Szymon Ladinak - racing a Honda for the returning Halder Motorsport team for the first time - finished second in Race Two and had been on course for an identical result on Saturday until he suffered a late puncture caused by contact with another car.

In the fight for overall victories, it was again the Fugel Sport-run Honda ADAC Sachsen squad to the fore.

Super starts to Sunday’s race helped Dominik Fugel to vault from fourth to second while brother Marcel was equally impressive as he climbed from seventh on the grid to third early on; both drivers finishing on the podium.

They finished fourth and 10th on Saturday with the pair sitting second and seventh in the Drivers’ standings with a round to go and Honda ADAC Sachsen second in the Teams’ points. 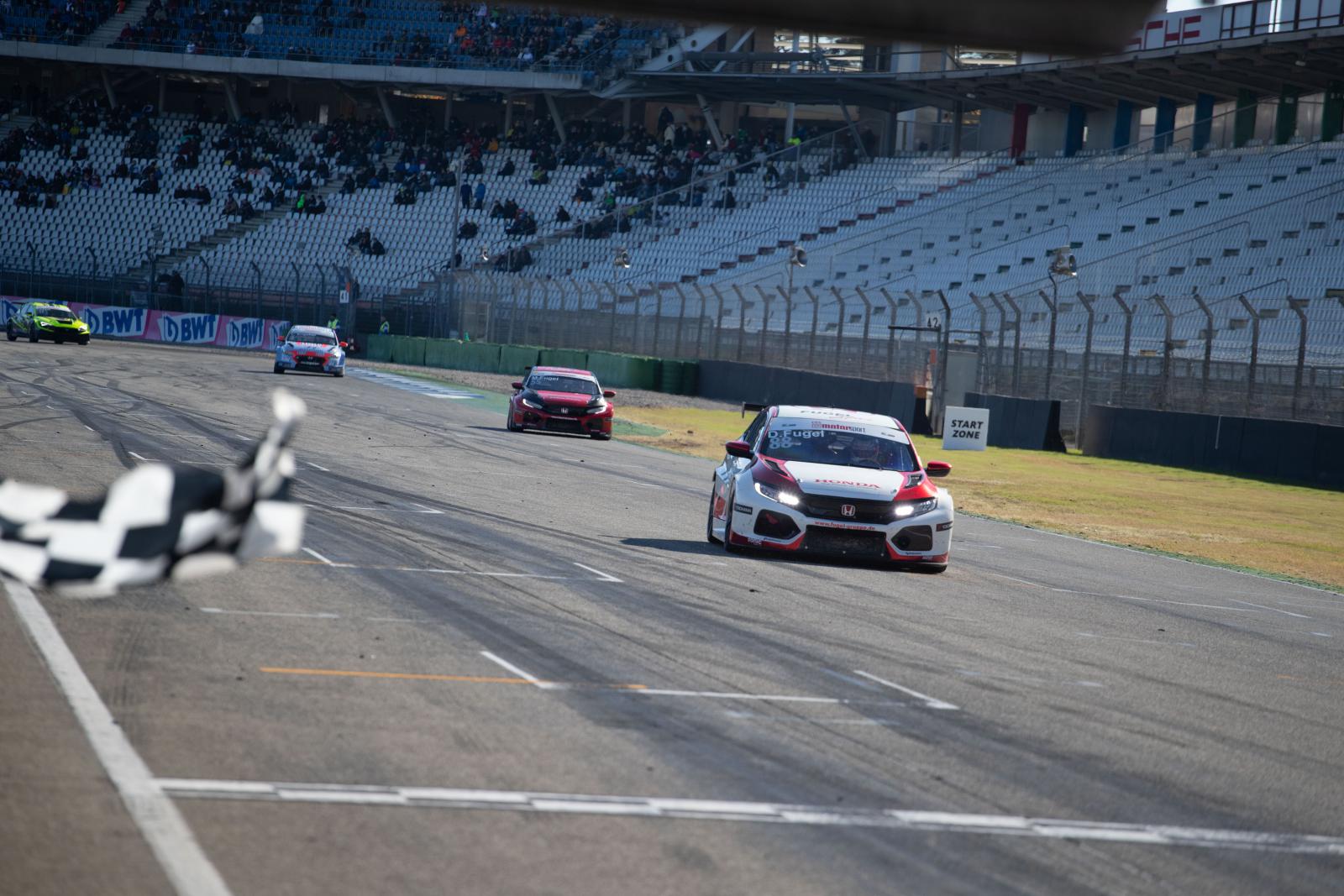