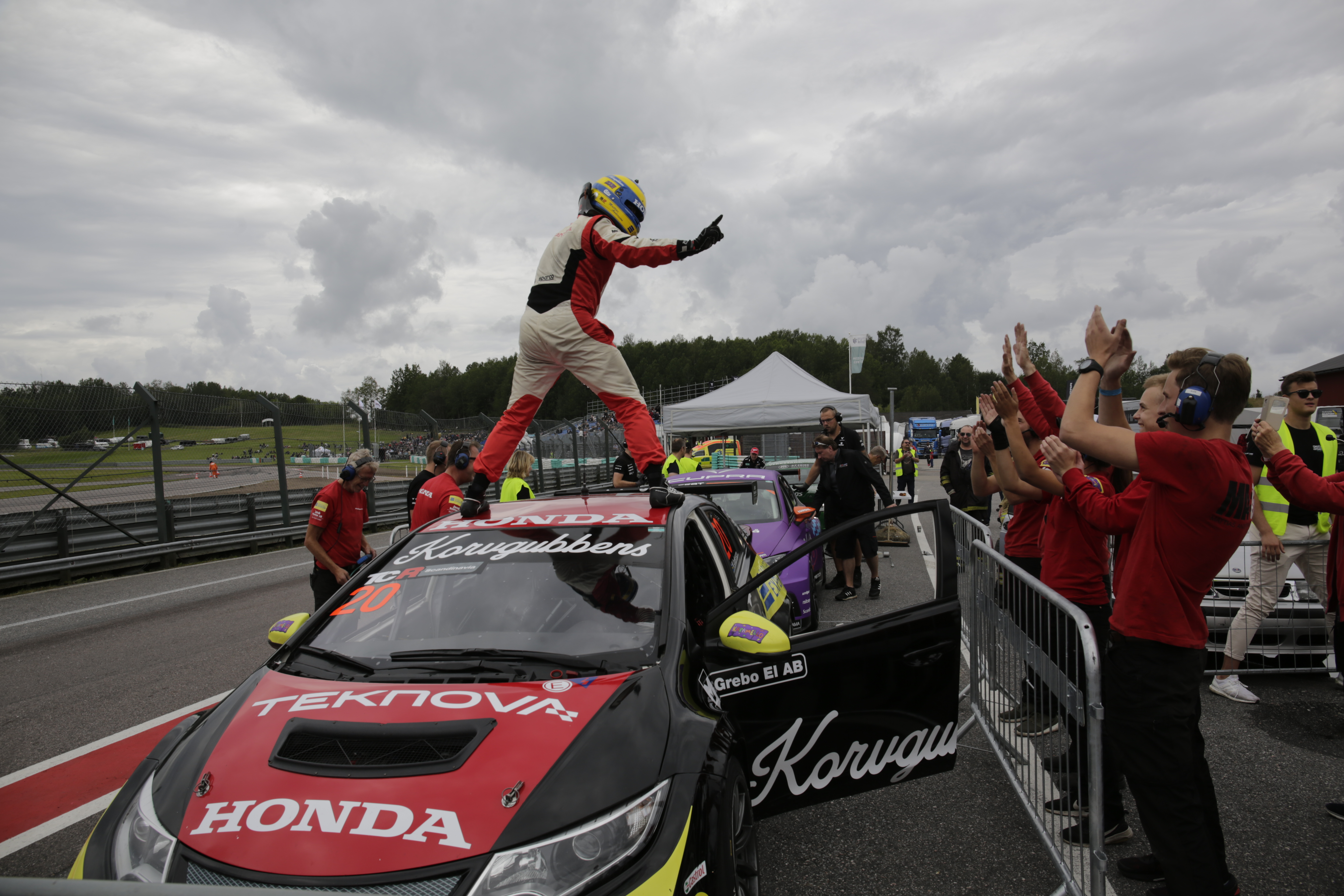 Andersson - a winner in the STCC last year - qualified his MA:GP-run car second in wet conditions at the twisty circuit, rocketed into the lead at the start, and was never challenged throughout the 17-lap race.

He added fifth spot in Race Two in his JAS Motorsport-built car to move up to fifth in the championship with two rounds remaining. Honda Racing Sweden are fourth in the Teams’ points.

It was a different story at the Nurburgring in TCR Germany.

Having initially been credited with a podium lock-out, the Civic Type R TCRs of Dominik Fugel, Bradley Burns and Mike Halder were curiously classified further down the order when the result of Sunday's second race was significantly revised a few hours later.

Rain began to fall shortly after the start of Sunday's second race; a light sprinkle quickly becoming a deluge. This led to the deployment of the safety car and eventually a red flag and a declared result after 10 laps.

Fugel; who had made an early pitstop to change from slick tyres to wets, was shown as the victor after the completion of nine laps for Profi-Car Team Honda ADAC Sachsen, which is run by his own Fugel Sport operation.

However, an unprecedented decision hours later by race officials to declare a result from three laps earlier meant Fugel was dropped to 10th with team-mate Halder fourth.

Burns was 11th for Pyro Motorsport and maintains the lead of the Honda Junior Cup. Michelle Halder, who was 15th for Profi-Car Team Halder, is third in the standings.

Race One had been less successful. Following a rocket start, Mike Halder was spun at the first corner by a reckless rival; the ensuing chain reaction eliminating team-mate Fugel and delaying Michelle Halder. Burns escaped, but retired with a technical issue later on.

In the Richburg Cup races at Guangdong, TRC Racing achieved victory through team owner/driver James Tang in his FK7 Civic in a wet second race in China.

Tang was also third in Race One while team-mate Arthur Law repeated that result in Race Three.

Peeter Peek was ALM Motorsport's only representitve as the Baltic Touring Car Championship paid its second visit of 2019 to the Bikernieki circuit in Riga, Latvia.

After qualifying fifth, he retired on the opening lap of Race One with a technical issue, but recovered to finish fifth in Race Two. 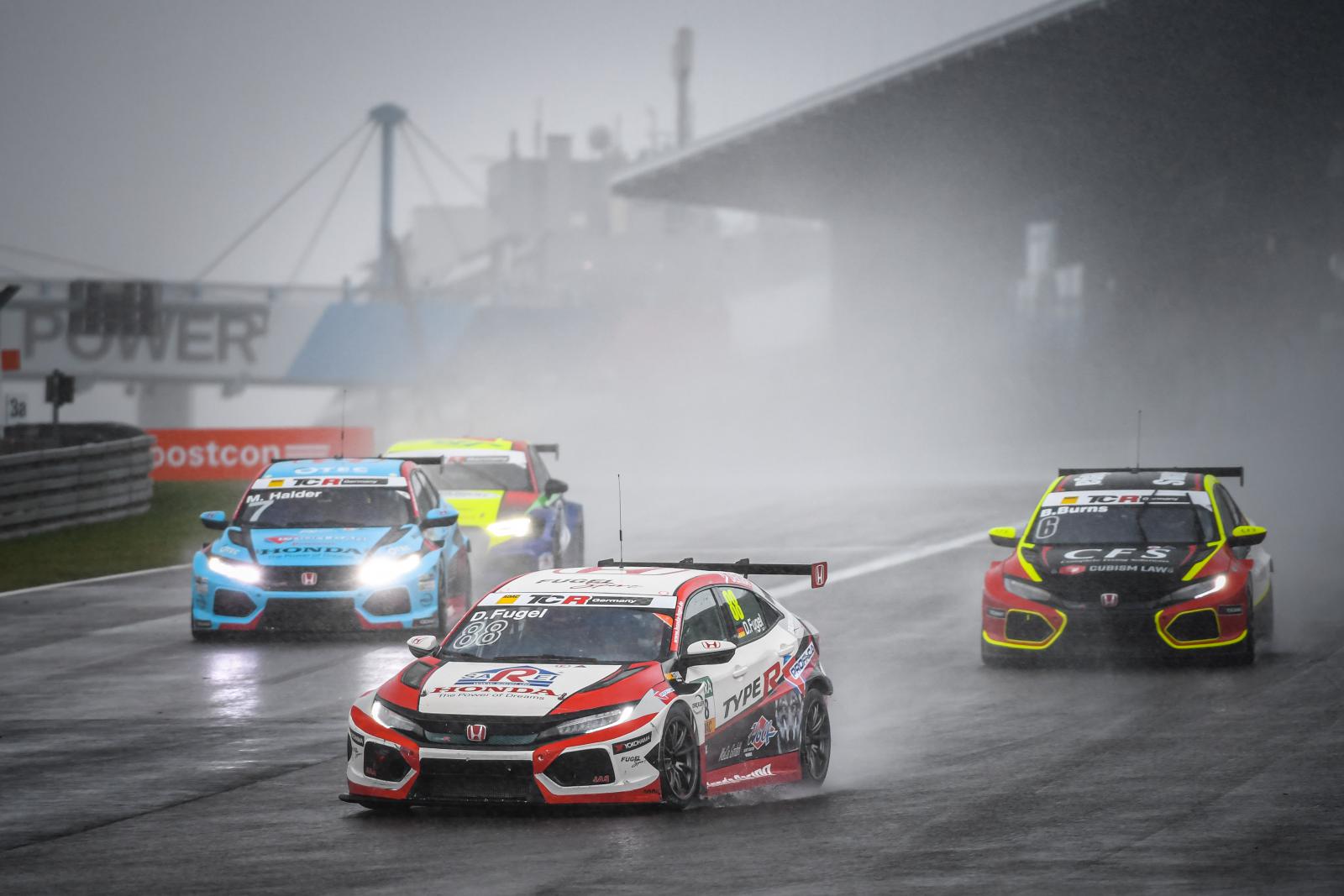