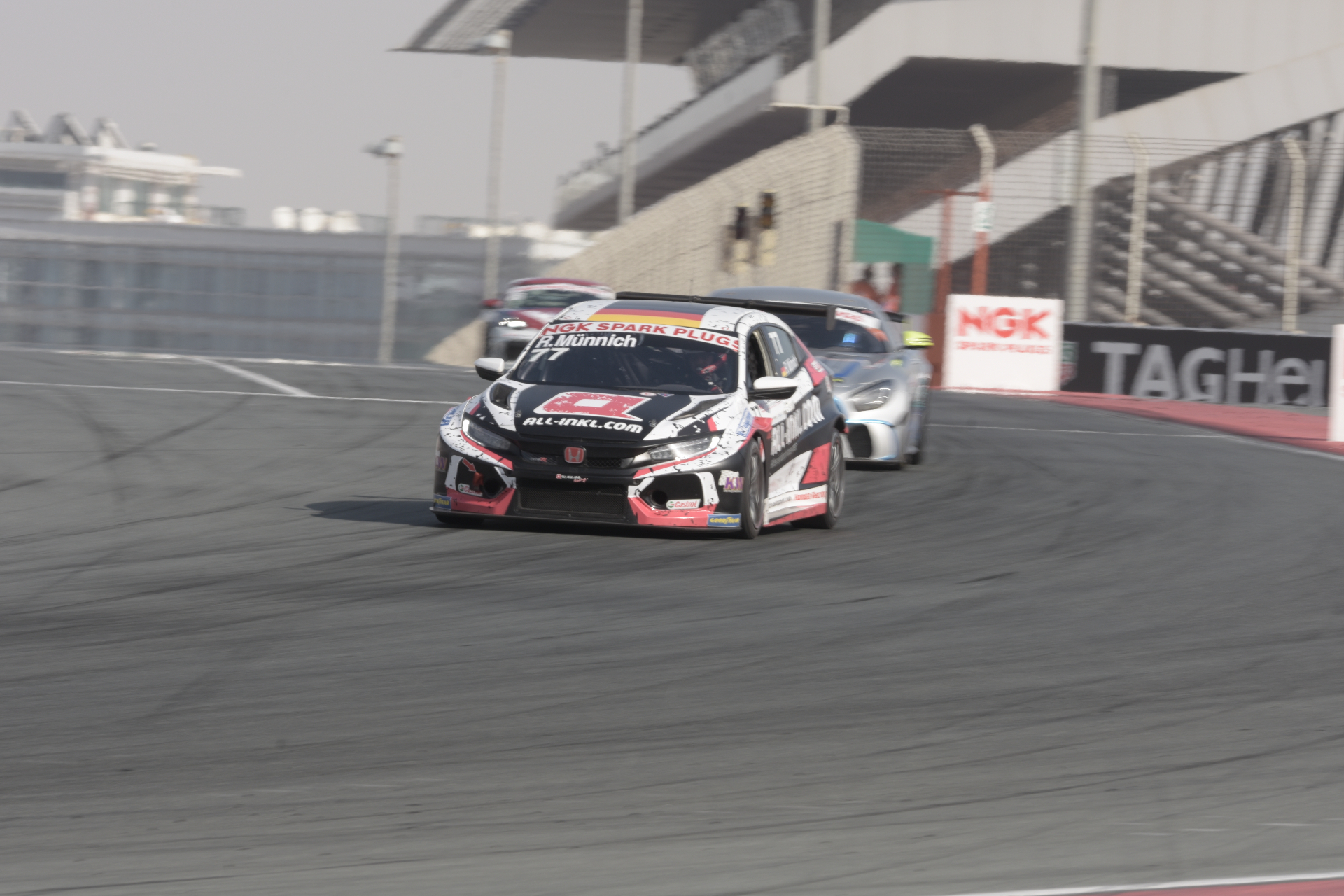 The German took his JAS Motorsport-built car to a Class 1 victory in the second and final race at the circuit on Saturday and added bonus points by setting the fastest lap.

While Munnich has scored more class wins than any of his rivals this season, a number of protests elsewhere in the field means that results remain provisional and that no series points have been issued.

Earlier in the day he had taken pole position in the class, but was unable to convert it into a victory, instead taking a strong third-place finish; his seventh podium in eight races in the series that began in November.

In winning, he not only took over the lead of the class points for the first time all season, but he also took Munnich Motorsport's 30th victory with the Civic Type R TCR, making them the first team anywhere in the world to achieve this.

Two rounds remain; one at Yas Marina later this month and then the double-points finale back at the Dubai Autodrome in March. 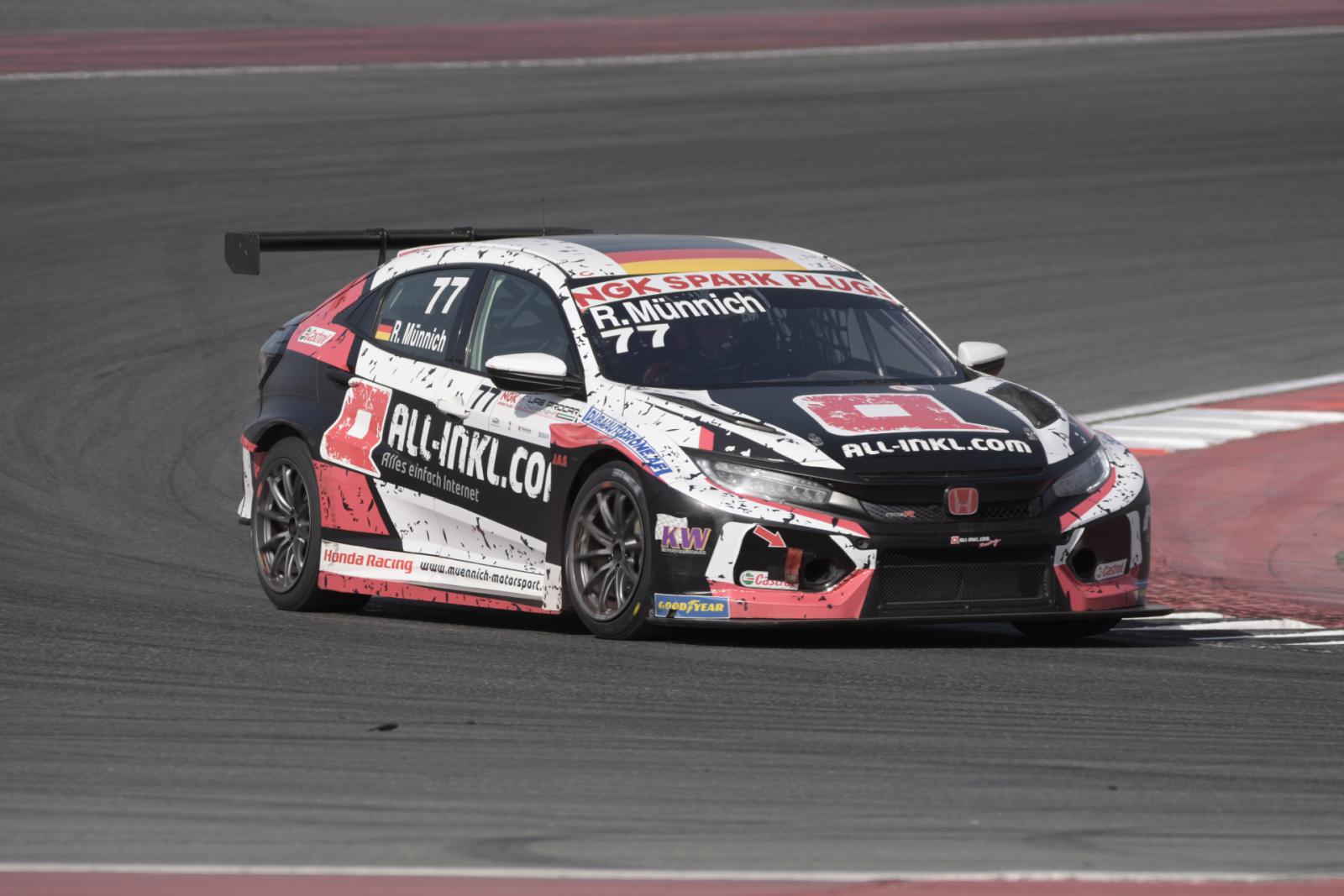