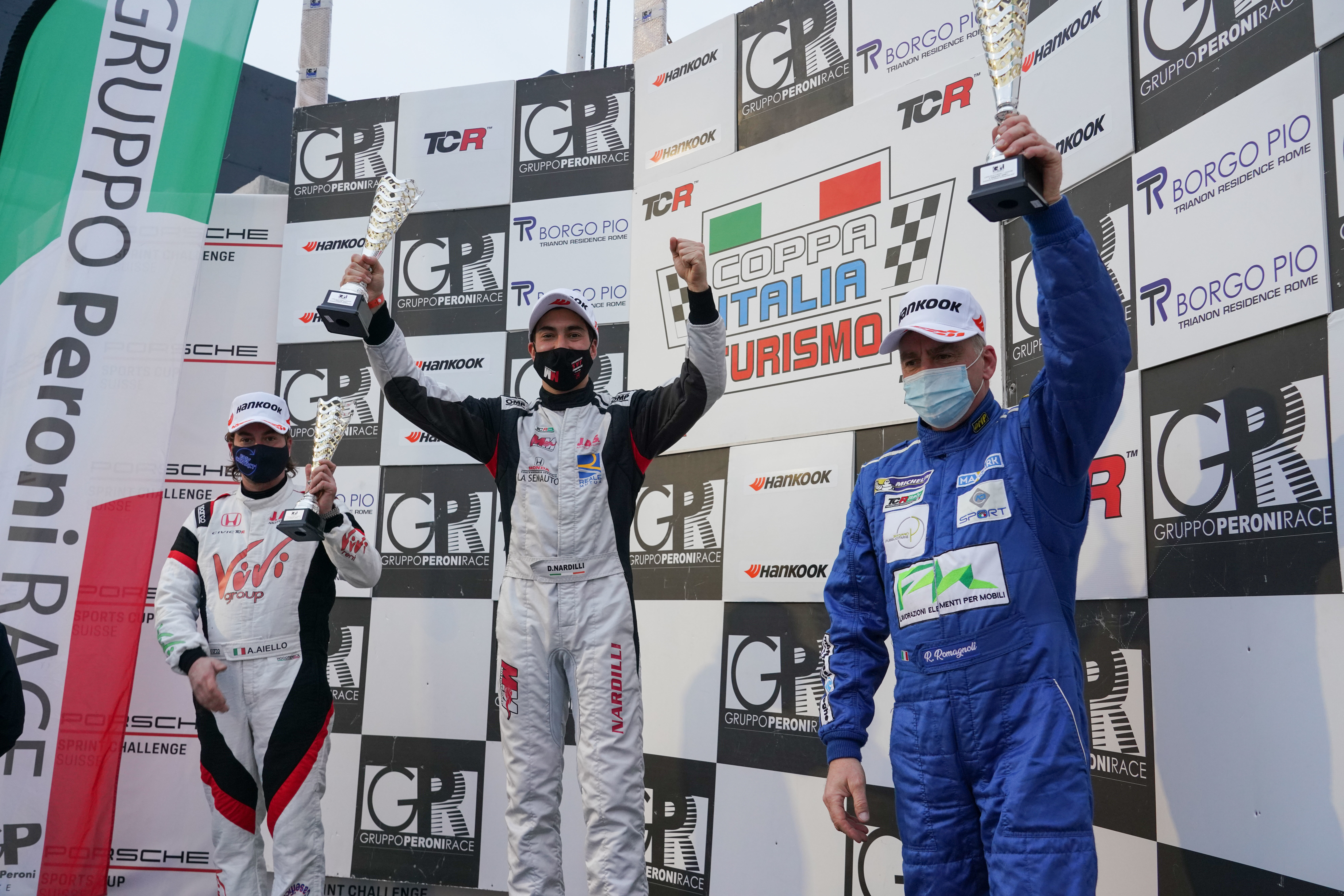 Another victory for the Honda Civic Type R TCR at Misano ensures a multi-driver battle for the Coppa Italia Turismo title will go to the wire.

MM Motorsport’s Davide Nardilli triumphed in the first of two dramatic races at the track to keep himself in title contention; surviving first-lap contact in his JAS Motorsport-built car and keeping his nose clean for the remainder to win for the second time in 2020.

He then spun out of a top-six place on the second lap of a damp Race Two when on course to take the series lead in his FK2 Civic.

His misfortune was to Kevin Giacon’s benefit as he recovered from first-lap contact that dropped him to 20th place and hauled his newer FK7 Civic to third place by the chequered flag.

Giacon had endured a tough opening race. Adjudged to have initiated contact that resulted in two cars - including team-mate Alessio Aiello - spinning down the order, he was given a drive-through penalty while leading.

The trip through the pits meant he finished fourth and promoted Aiello - after his own recovery - to second spot; a result that completed a one-two finish for MM.

It was Aiello who was penalised for contact in Race Two; a 25-second time penalty dropping him from third on the road to eighth overall. Team newcomer Renato Gaiofatto finished sixth in Race Two.

With one round remaining and 22 points available, just nine points separate the top four drivers in the Division 1A standings with Giacon, Aiello and Nardilli holding first, second and third spots.

These are now the only three drivers who can be crowned champion of the ‘TCR Sequential’ division.