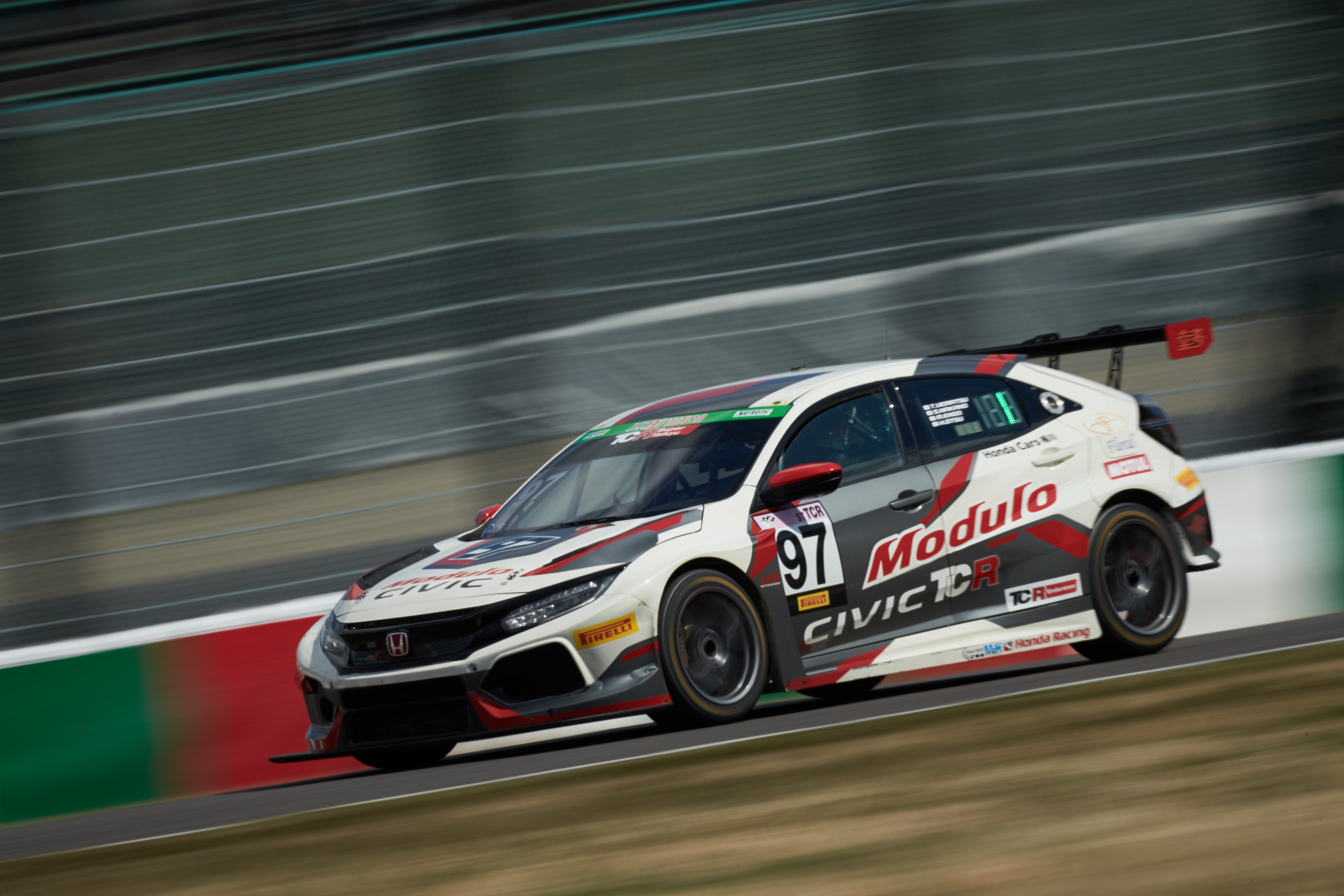 The Honda Civic Type R TCR stormed into contention for Japan’s Super Taikyu title with a fabulous victory for the Modulo Dome Racing Team at Motegi.

Their four-driver crew of Tadao Uematsu, Hiroki Otsu, Shinji Nakano and Mitsuhiro Endo qualified fourth and ran solidly inside the top five for the first half of the five-hour race in their JAS Motorsport-built car.

It was Otsu who made the critical difference in the final stint as he turned a 25-second deficit to the leader into nothing and snatched the lead with 35 minutes left.

Dome, who are aiming for a third straight ST-TCR title, were last in the championship just two races ago, but back-to-back victories has launched them to second in the standings, just half a point away from the series lead with one race left.

KCMG, who had a new driver line-up with Josh Burdon and Henry Lee Jr joining Paul Ip, were sixth with Team Noah's crew, anchored by Toshiro Tsukada, seventh and RFC classified 10th, despite Jun Fujii stopping in the pits with 40 minutes remaining.

Rising from 17th to sixth in Race Two was the Hungarian's highlight as the KCMG driver added 12th to finish the weekend.

Team-mate Tiago Monteiro did not score; especially after being put in the wall by a rival driver in Race Three, or off onto the grass in the other encounters.

Esteban Guerrieri, who had led the points coming into the weekend, set off the on-board fire extinguisher by accident on Saturday, causing his ALL-INK.COM Munnich Motorsport Civic to start from the pitlane, from where he recovered only to 19th.

He was punted out of each of Sunday's races with team-mate Nestor Girolami rescuing eighth spot in Race Three.

Mike Halder also finished fifth in Race One and is a title contender as the series heads to its finale. Sister Michelle has taken over the lead of the Honda Junior Cup rankings.

LA Honda World driver Shelby Blackstock and Tom O'Gorman finished on the podium at Laguna Seca to ensure that they will go to the final round of the IMSA Michelin Pilot Challenge in title contention.

Starting fifth, the duo drove a strong race with O'Gorman making a clean pass for the final rostrum position with 20 minutes of the two-hour race remaining.

Team-mates Colin Mullan/Harry Cheung and Mat Pombo/Mike Lamarra were ninth and 11th in the rest of the LAP Motorsports-run cars.

Atlanta Speedwerks' Brian Henderson/Todd Lamb were fifth and retain an outside chance of the title themselves. The returning HART car of Chad Gilsinger/Ryan Eversley was ninth.

The fight for the TCR China title will go down to the final round after a double podium finish for Dongfeng Honda Racing Team at Ningbo.

Daniel Lloyd - second in the points - and Martin Xie were second and third in the opening race in their MacPro Racing Team-run cars with team-mate Andre Couto fourth. None of them finished Race Two.

Also in China, this time at Zhuhai, Top Racing's Li Ka Hei finished second as the Pan-Delta Racing Festival concluded. Sadly, as MacPro were competing in Ningbo, there was no opportunity for series leader Pattarapol Vongprai to win the title. 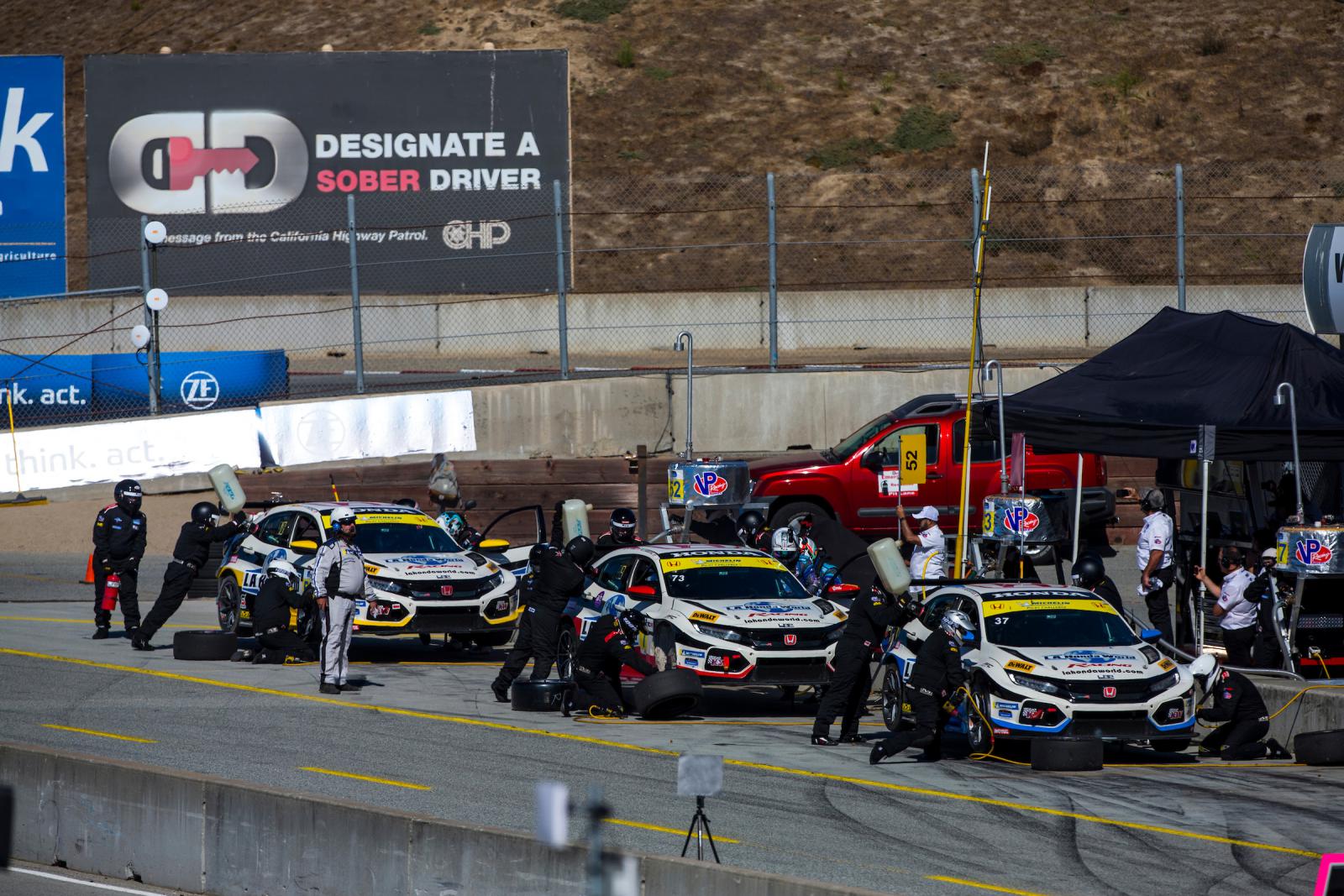