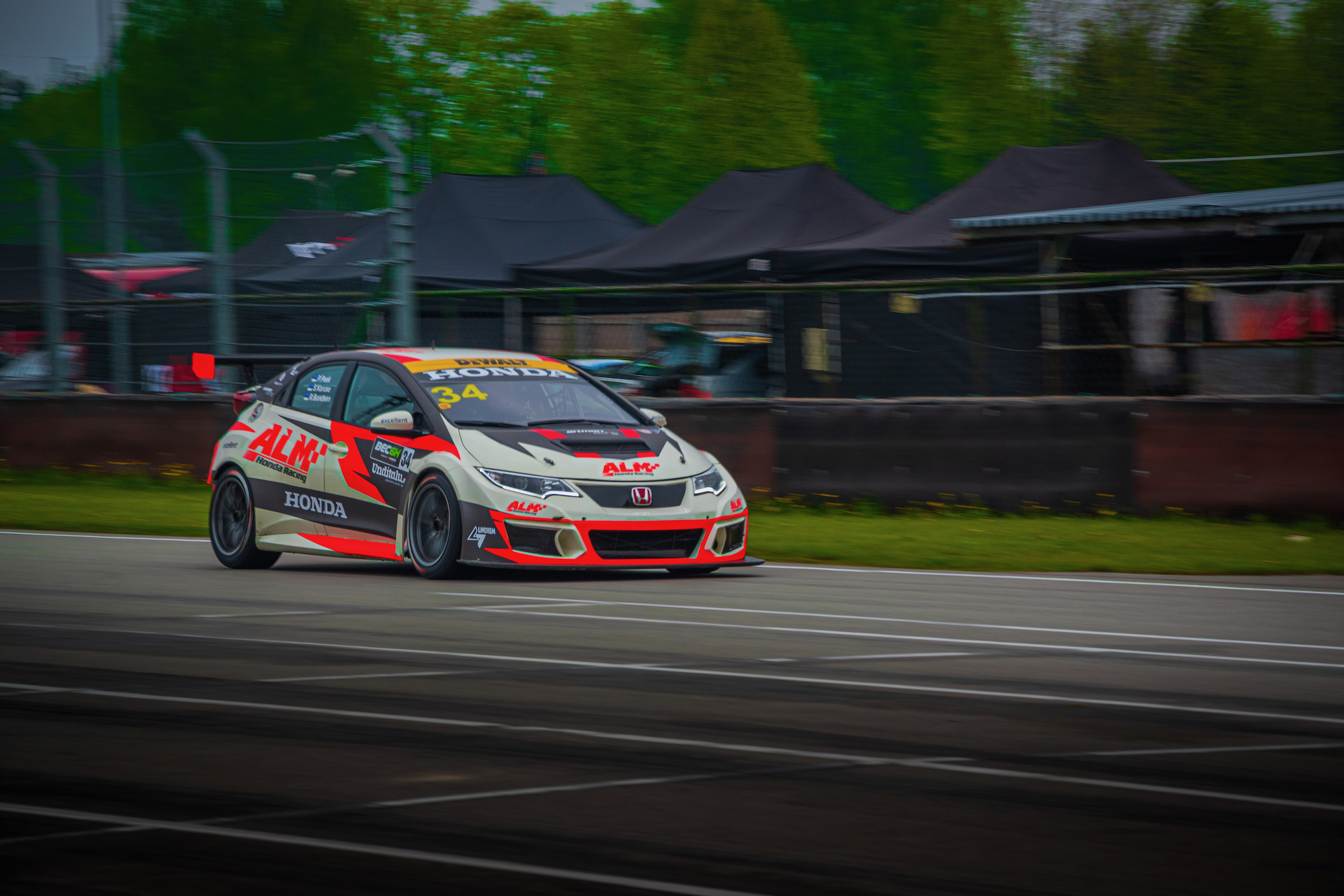 A first victory for the JAS Motorsport-built car in the Baltic Endurance Championship was supplemented by competitive showings in Germany, Japan and the USA.

ALM Customer Racing; run by the same team for which JAS Development Driver Mattias Vahtel competes in Italy, began their weekend with a magnificent TCR victory at the season-opener at Bikernieki, Latvia.

From third on the grid, driver Peeter Peek, Ranno Bundsen and Sven Karuse moved into a commanding position and claimed a strong class win - in third place overall - after six hours of racing.

Ai Miura made an impressive series debut at Autopolis, finishing second after a mighty drive in a wet opening race. Starting from the back row in her Dome Racing Team entry following a post-qualifying engine change, she made a super start and climbed into the podium spots by the finish.

Wakatsuki DreamDrive with KCMG’s Takuya Shirasaka started from pole on his seasonal debut, but spun on the opening lap had to recover to fourth, one spot ahead of Masayoshi Oyama - for whom fifth was a career-best result for the Daiwa N Trading Akiland team.

Miura had qualified on pole position for Race Two, which was cancelled due to bad weather.

Dominik Fugel kicked off his title challenge with a pair of podium finishes at Oschersleben for the Fugel Sport-run Honda ADAC Sachsen team.

On each occasion he made up positions at the start; coming through to second in Race One with brother and team-mate Marcel Fugel - the 2020 Junior Trophy winner - third.

While Dominik was third in Race Two, Marcel was the victim of a hugely unnecessary punt from behind early in Race Two, dropping him from third to seventh - for which his assailant was given a drive-through penalty.

A technical issue forced Albert Legutko to miss practice and qualifying, but the young Pole drove brilliantly to climb to 10th from the back of the grid in Race One and ninth in Race Two - each time netting third in the Junior Trophy rankings.

Ryan Eversley maintained his and Atlanta Speedwerks’ push for the title with third place at Mid-Ohio. New co-driver Scott Smithson started sixth, but was a victim of aggressive driving from others and reached the pitstops in 10th.

Slick work promoted Eversley - once aboard - two spots and he impressively picked off his rivals to finish on the podium and maintain second place in Drivers’ and Teams’ points with Honda also second in the Manufacturers’ standings.

Brian Henderson gave the sister car its third pole position in as many races in 2021, but was sent to the back of the grid after failing a technical inspection. He and Robert Noaker climbed to eighth, but a damaged splitter forced a long pitstop and they finished 11th.

Mike Lamarra started second for LAP Motorsports-run LA Honda World Racing and was with the leaders at half-distance. But co-driver Mat Pombo was shoved off the track early in his stint and needed an unscheduled stop to have grass removed from his grille.

He recovered magnificently from a lapped 12th to an in-contention eighth; breaking the TCR lap record in the process. A spin by Ruben Iglesias restricted he and VGMC co-driver Victor Gonzalez Jr to 13th spot. 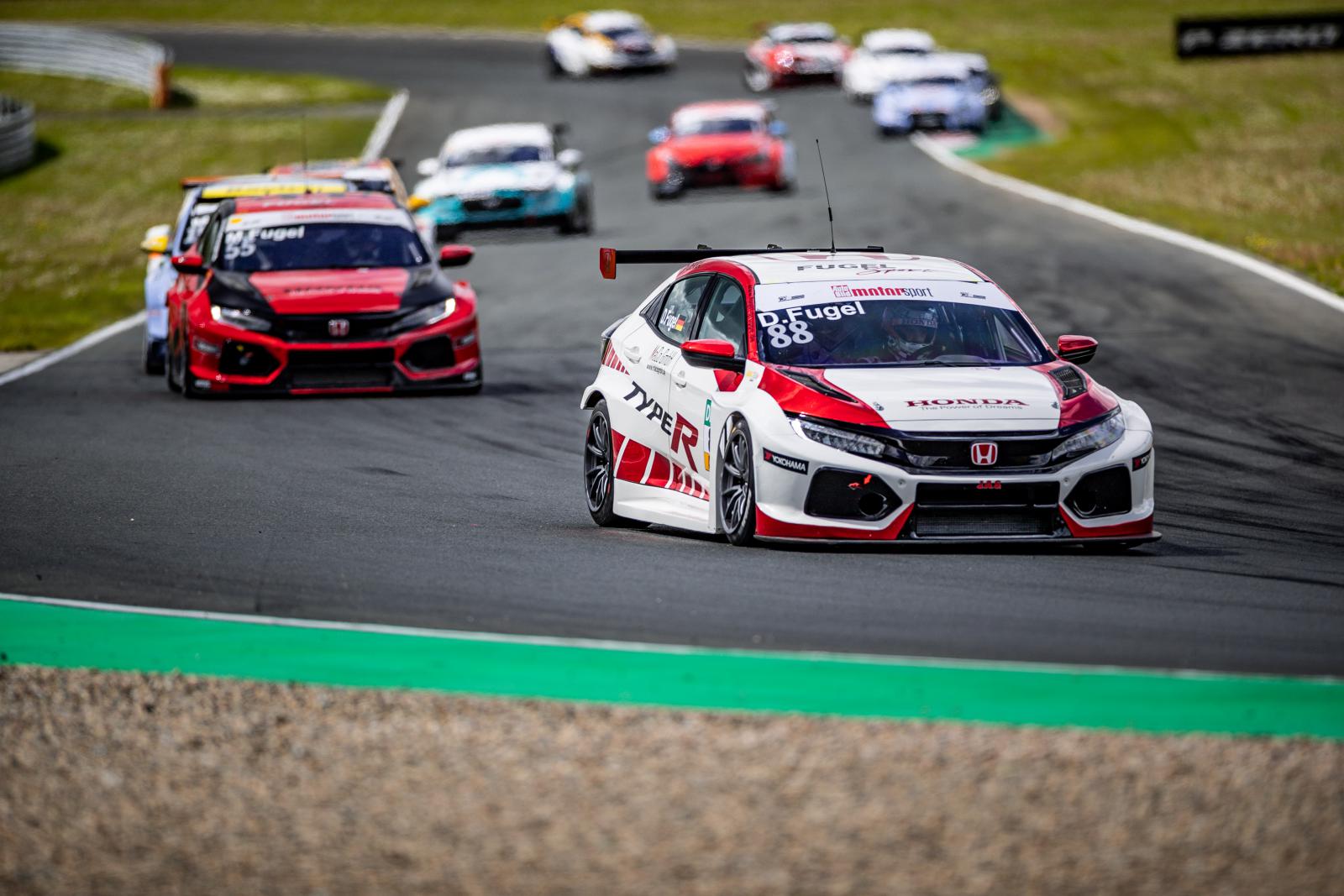