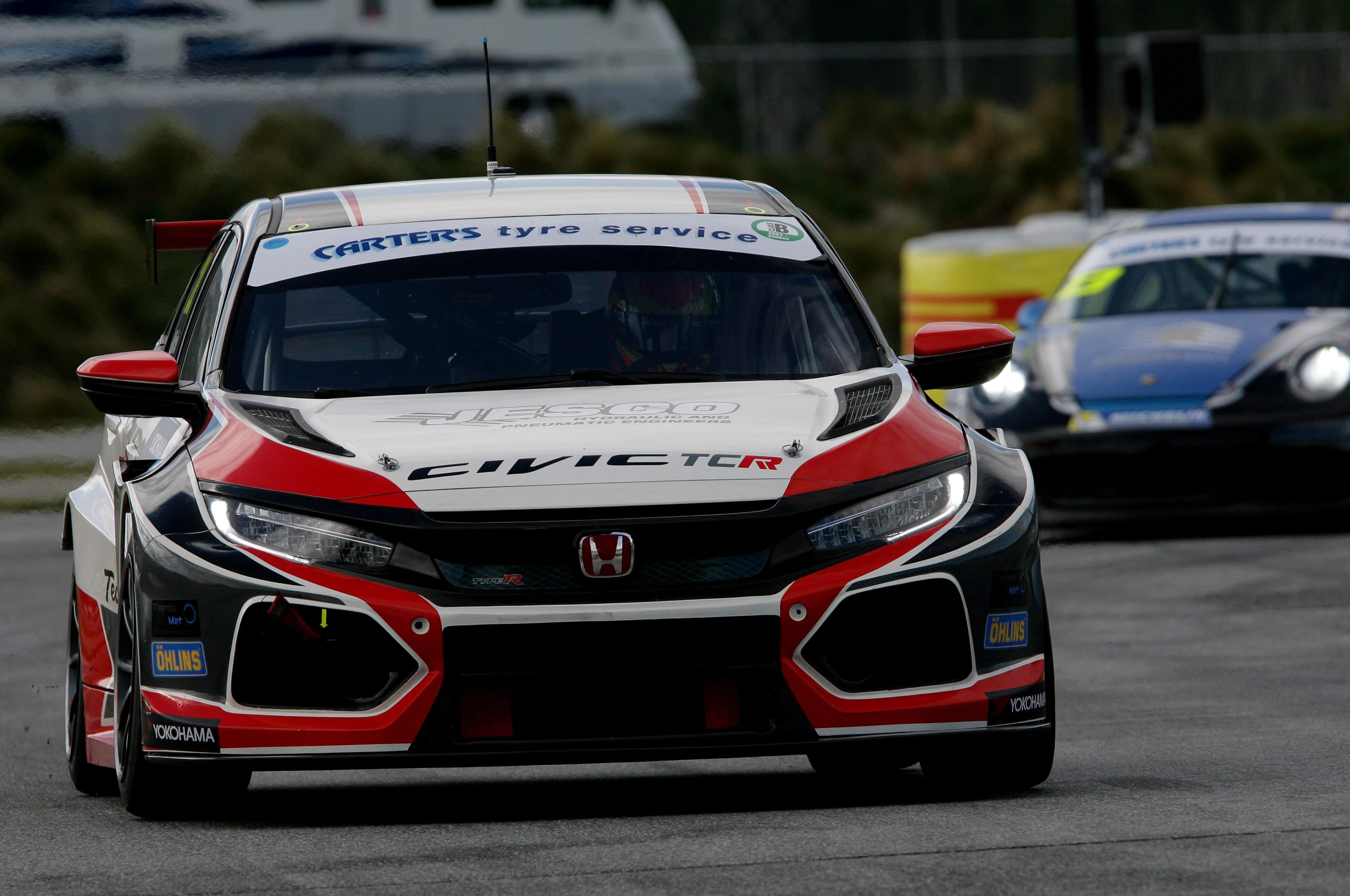 Jordan Michels claimed the 12th major title for the Honda Civic Type R TCR in 2019 on a successful weekend in New Zealand.

The Team Williams Racing driver became Class B Champion of the South Island Endurance Series in his car, which is fielded by Evolution Motorsport.

Michels began the weekend at Ruapuna by topping qualifying by over three seconds in his JAS Motorsport-built car; completing a dominant run of four pole positions from the four races held this year.

He then charged into an easy lead and pulled out a sizeable advantage before a split brake line caused a long stop in the pits.

Aware that, following three consecutive victories, a seventh-place finish was needed to seal the title, his team worked hard to fix the issue as quickly as possible and Jordan was able to finish sixth; enough for the championship.

Team Netherlands' Tom Coronel, whose car was run by Boutsen Ginion Racing, narrowly missed out on a medal after a pair of barnstorming races.

Hit hard in the right-rear corner while battling for third place early in Race One, the Dutchman had to battle with bent suspension and steering for most of the opening heat, but clung on superbly to finish eighth.

From third on the Race-Two grid, he performed even better in the damp conditions and came home third as part of terrific scrap in which just one second separate the car in second from that in sixth. His results netted Team Netherlands fifth overall in the event.

Driving the Team Hong Kong entry, which was fielded by JAS Motorsport, Jim Ka To produced a pair of determined drives of his own.

From 15th on the Race-One grid, Ka To charged to 10th in Saturday's opener and then made further progress in the damp Sunday race.

Up to seventh with a handful of minutes remaining, he was challenging for a top-six spot when he was pushed off the circuit at Turn 4 and rejoined in ninth place, where he finished.

His results meant an 11th-place finish for Team Hong Kong in the Touring Car Cup.