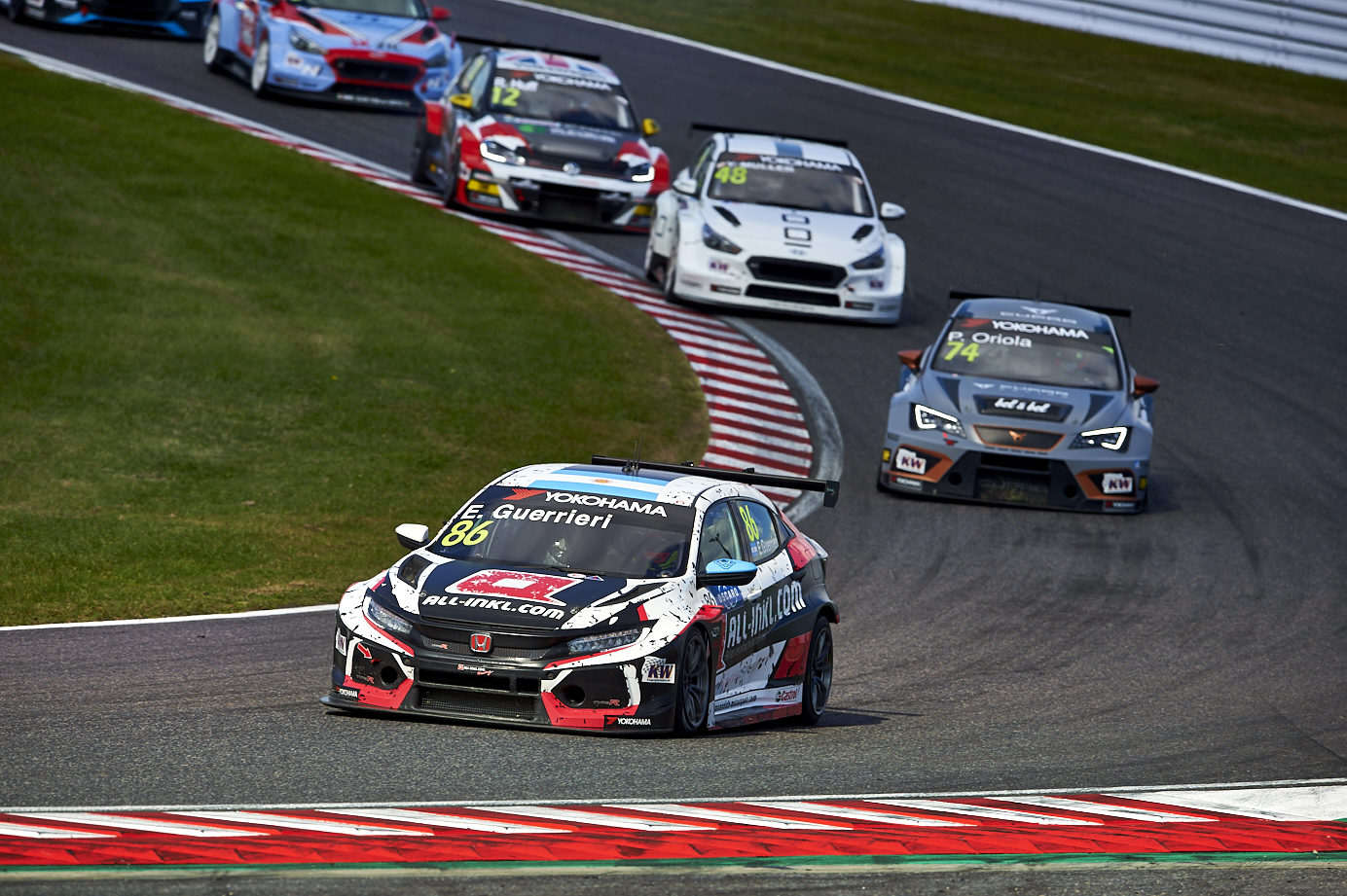 Honda will continue to be represented in the WTCR – FIA World Touring Car Cup in 2019 with ALL-INKL.COM Münnich Motorsport the first of two teams to be confirmed to participate in the global series with the JAS Motorsport-built Civic Type R TCR.

Esteban and Nestor will form an all-Argentinian line-up at ALL-INKL.COM Münnich Motorsport as the German team aims to improve on its excellent third place in the Teams’ Championship in 2018.

Esteban, 34, finished third in the WTCR Drivers’ standings last year with sensational wins at the Nürburgring Nordschleife and in Macau, as well as six podium finishes.

Prior to joining Honda for a winning stint in the final three rounds of the FIA World Touring Car Championship in 2017, he had been a champion in the Formula Renault Eurocup and a race winner in the Formula Three Euro Series, Superleague Formula, Formula Renault 3.5, Indy Lights and Argentina’s intensely-competitive touring-car series; Super TC2000.

Nestor is a new member of the Honda Racing family, but is a highly-experienced and extremely successful touring car driver.

The 29-year-old rose to prominence in Super TC2000; winning the 2014 and 2015 titles and making his World Touring Car debut at the wheel of a Honda Civic WTCC at the Slovakia Ring in the latter season.

He raced full-time in the WTCC in 2017, collecting a win at Ningbo, China, and finishing on the podium three times before returning to race in Argentina last year.

Both will drive the latest version of the Honda Civic Type R TCR, which is based on the globally-acclaimed Civic Type R road car, and which won five major titles across the world in its first year of competition in 2018.

Since being sidelined through injury while leading the World Touring Car Championship midway through 2017, Tiago Monteiro has staged a determined fightback to fitness and made his return to racing at last year’s Suzuka WTCR event.

He is now ready to contest a full season and will be a Honda Racing driver for an eighth consecutive year. The identity of his team, as well as that of his team-mate, will be revealed at a later date.

Technical support will be offered to all customer teams by JAS Motorsport with an on-site supply of spare parts and technical assistance at each event, aimed at helping all Honda drivers with their title challenges.

The new Honda Civic TCR, designed and manufactured by JAS, made its global race debut in 2018 and won five major titles in its first season of competition.

The WTCR - FIA World Touring Car Cup begins at the Circuit Moulay el Hassan in Marrakech, Morocco, on April 5-7 and comprises 10 events in Africa, Europe and Asia; concluding at Sepang, Malaysia in December.

Esteban Guerrieri said: “I am very happy to continue with the Honda Racing Family and with ALL-INKL.COM Münnich Motorsport in 2019. Last year I had some incredible high points, including winning at the two most difficult circuits on the calendar at the Nurburgring and Macau, and we ended the season with the best momentum of any team. Having ‘Bebu’ in the team with me will be great. We are good friends and have raced against each other for many years. He’s an extremely fast driver and a great team player, which will be incredibly important as we mount our challenge for the championship.”

Nestor Girolami said: “I am extremely proud to join the Honda Racing family in the FIA WTCR and very grateful to ALL-INKL.COM Münnich Motorsport for trusting me with the Civic Type R TCR, which is a car very capable of being the championship winner. I spent the Suzuka race weekend last year with the team and it was very clear from the way they do things that the potential is there to fight for the championship. I’m thrilled to have Esteban as a team-mate because we have a very good relationship. I will give it my very best this year and cannot wait to begin testing.”

Alessandro Mariani, JAS Motorsport CEO, said: “We are pleased that the Honda Civic TCR, built at our Milan headquarters, will once again contest the WTCR - FIA World Touring Car Cup with ALL-INKL.COM Münnich Motorsport. We have strong relationship with them and a relationship with Honda that dates back to 1998, and we look forward to supporting them teams in WTCR as they aim to add to their four victories in 2018 and third place in both the Drivers’ and Teams’ Championships. Since first turning a wheel in October 2017, the current Civic Type R TCR has competed all over the world, achieving five championship titles and 34 race wins in Asia, North America and Europe, proving it to be a worthy successor to the original model.”