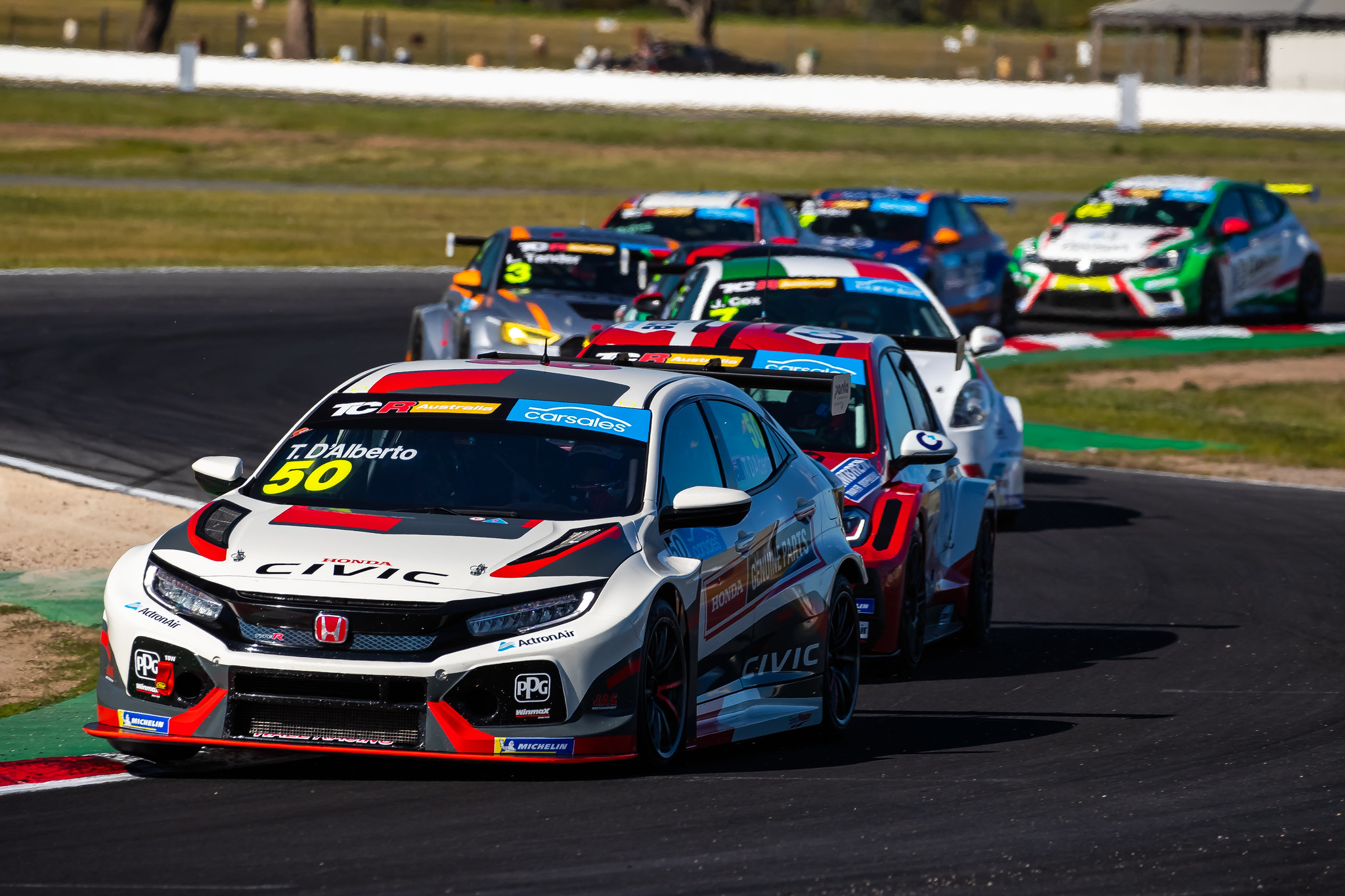 Wall Racing and John Martin were cruelly denied the Honda Civic Type R TCR's second TCR Australia victory of the season at Winton by a puncture.

Martin was leading the first of three races in his JAS Motorsport-built car, but suffered contact from a rival, who went off the circuit in the incident, and several laps later sustained a flat tyre that caused him to pit for a replacement and dropped him to 14th.

Starting towards the back of the field, he recovered to eighth in Race Two and sixth in the finale while team-mate Tony D'Alberto was ultra-consistent with sixth, seventh and fifth places. D'Alberto remains third in the points with Martin seventh.

Tim Brook, making his series debut in the third Civic Type R TCR, finished all three races with a best result of ninth in Race One.

Two-time TCR International champion Stefano Comini made his tin-top return with the Race Republic team as TCR Italy moved on to Imola for its fifth round of the season.

Co-driving with young team-mate Luca Segu, the Swiss was third-fastest in practice, but did not race as a technical issue, which eliminated Segu early in Race One, was unable to be repaired for the following day.

In TC America, Sonoma winner Victor Gonzalez Jr ran as part of the leading back for most of the race and finished fifth in his VGMC Civic Type R TCR after often running within inches of his key rivals.

A first-corner spin at the start of Race Two dropped him to the tail of the field, but a determined fightback brought him to eighth by the chequered flag, a result that keeps him fifth in the Drivers' Championship. 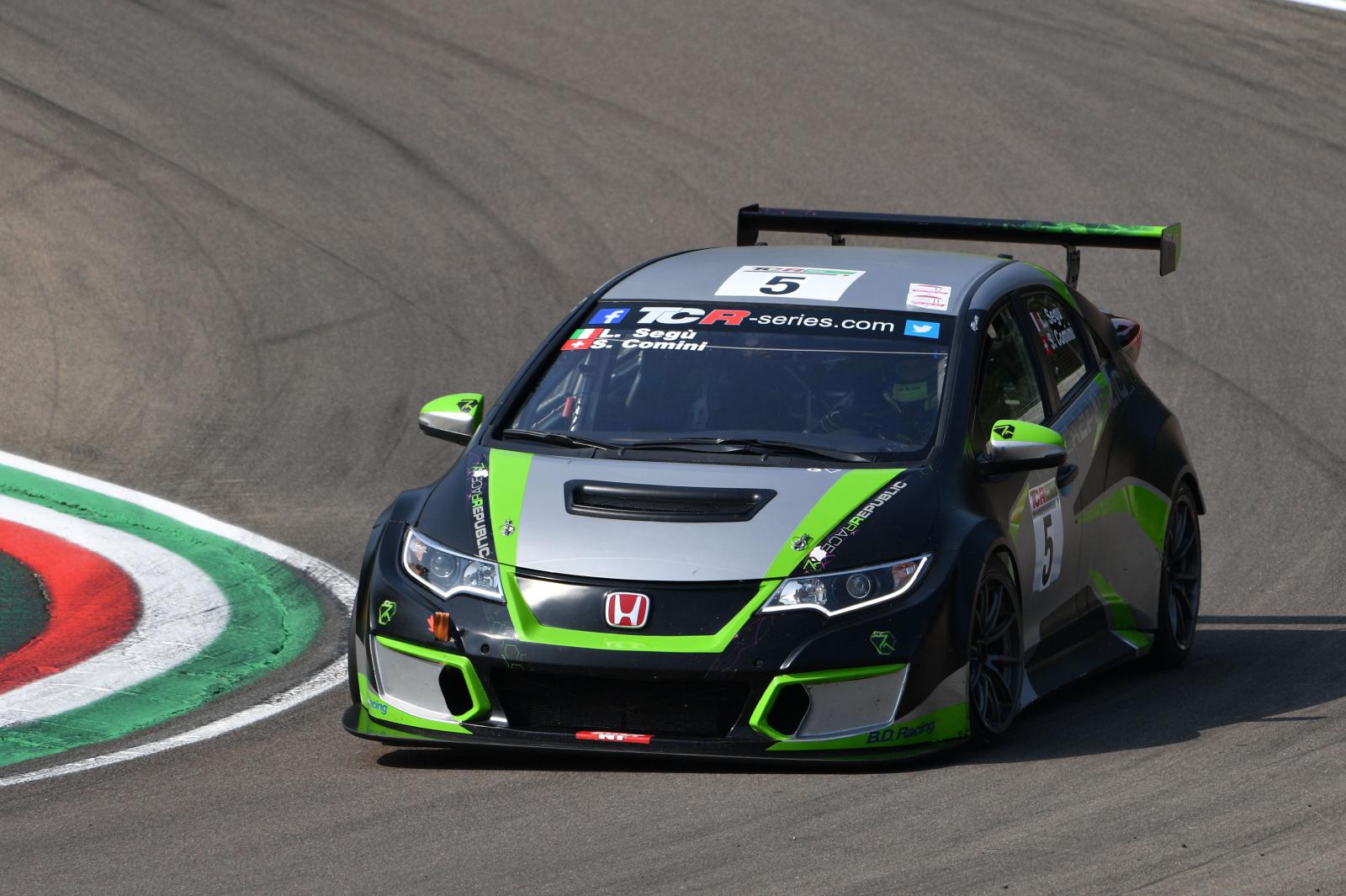