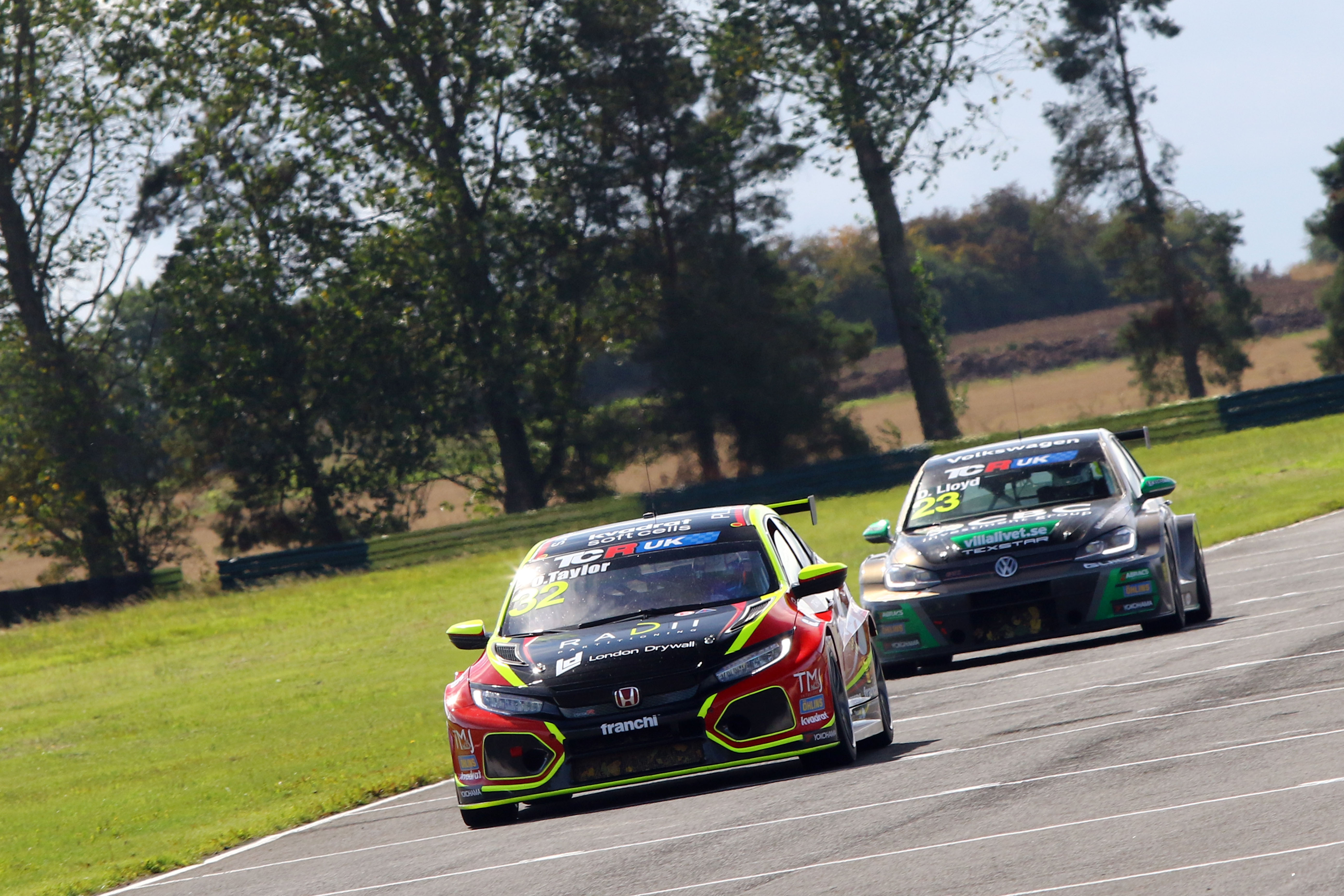 The Honda Civic Type R TCR extended its unbeaten run in TCR UK to four races thanks to a magnificent one-two-three finish at Croft.

Victories by Andreas Backman and Ollie Taylor moved the JAS Motorsport-built car into the lead of the ‘Model of the Year’ standings with one just round to go.

Backman benefited from a last-minute switch to Honda machinery to take his first pole position in a 2017 car run jointly by West Coast Racing and Sean Walkinshaw Racing, and then led all the way to the chequered flag to take a maiden race win in Race One.

Pyro Motorsport driver Taylor added to his hard-fought runner-up spot in Race One with a dominant victory from pole in Race Two and was followed home by Verizon Connect Racing’s first-time podium finisher Finlay Crocker – whose car is also run by Pyro – and Backman.

It was the first time in TCR UK that one marque has locked out all three podium positions and took the Civic Type R’s total to 18 podiums from 12 races. It also ensured that Taylor goes to the Donington Park finale in with a chance of taking the title.

Mike Halder secured a fifth TCR Germany podium finish of the season for the Fugel Sport-run Honda Team ADAC Sachsen at their home event at the Sachsenring.

Halder qualified second and finished there while team-mate Dominik Fugel ran strongly to climb from 12th on the grid to ninth by the chequered flag.

Both were sadly eliminated by other drivers on the first lap of Race Two; leaving Halder fourth in the Drivers’ points and the team second in the Teams’ title race.

Marcel Fugel, driving a 2017 Civic Type R TCR for Profi-Car Team Halder was the fifth-best rookie in Race One and sixth in Race Two as he came home 15th and 17th overall.

Mattias Andersson survived appalling weather conditions to finish sixth as the Scandinavian Touring Car Championship moved on to Rudskogen for its penultimate round of 2018.

Having qualified 10th, the Honda Racing Sweden driver took 12th in a wet Race One, and added his fourth top-six finish of the year in an even more treacherous second encounter to leave Norway seventh in the points table.

Mads Fischer, JAS Motorsport TCR Project Leader, said: “It’s been an incredible weekend for the JAS Hondas in TCR UK. To lock out the podium with Ollie Taylor and Pyro Motorsport heading the way is fantastic and I’m so pleased that we will see them fight for the title at the final round. I’m also delighted for Finlay Crocker, who was the first person to order a 2018 Civic Type R TCR and has now been rewarded with his first podium. Congratulations must go also to Andreas Backman, who has shown that driving a Honda makes winning easier, and to Sean Walkinshaw Racing, who have taken their first TCR UK win in partnership with West Coast Racing. It’s a big shame to see Mike Halder’s TCR Germany title chances dealt a big blow through no fault of his own, but he’s scored a great podium on a weekend when the Balance of Performance clearly favoured one car over all others.” 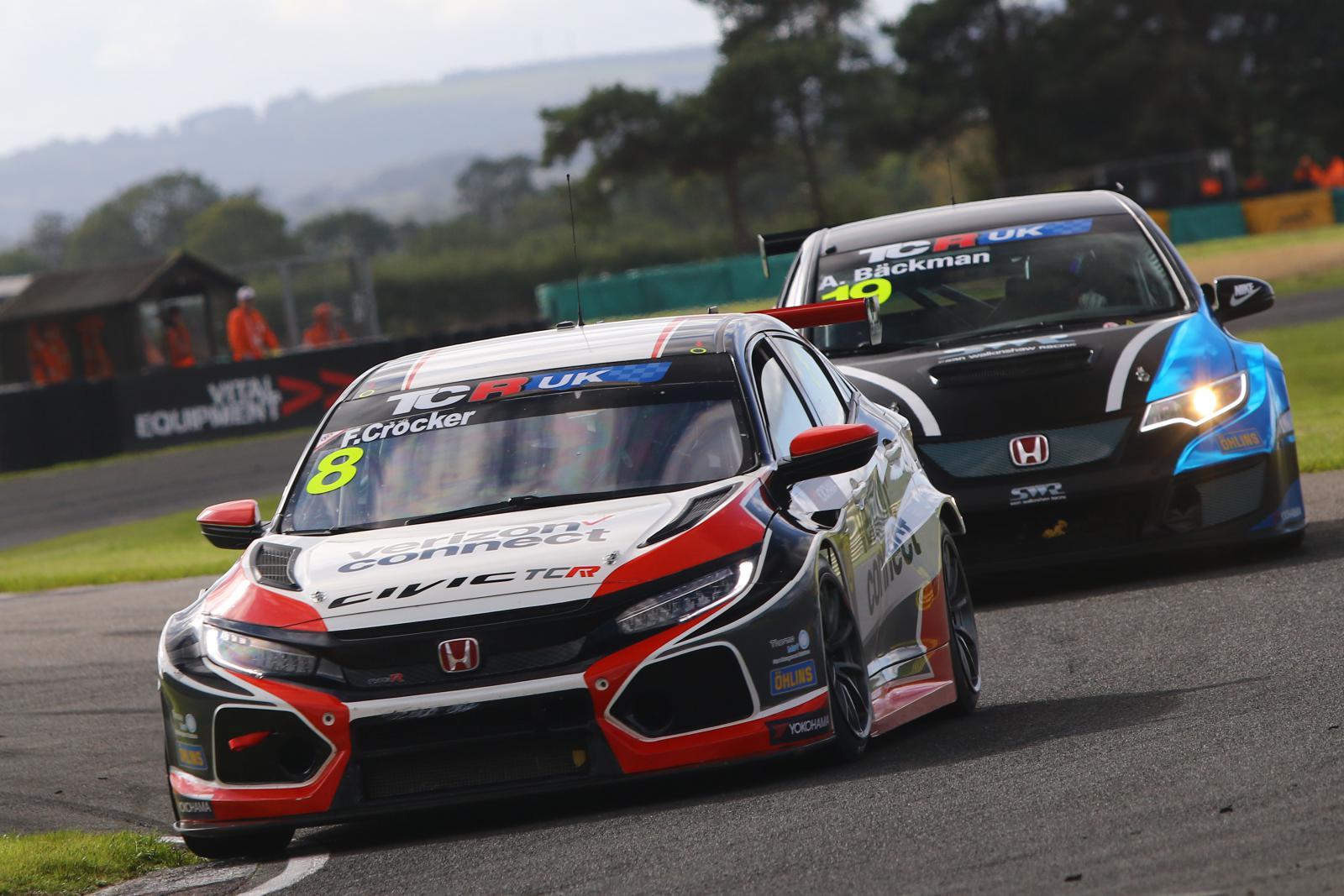