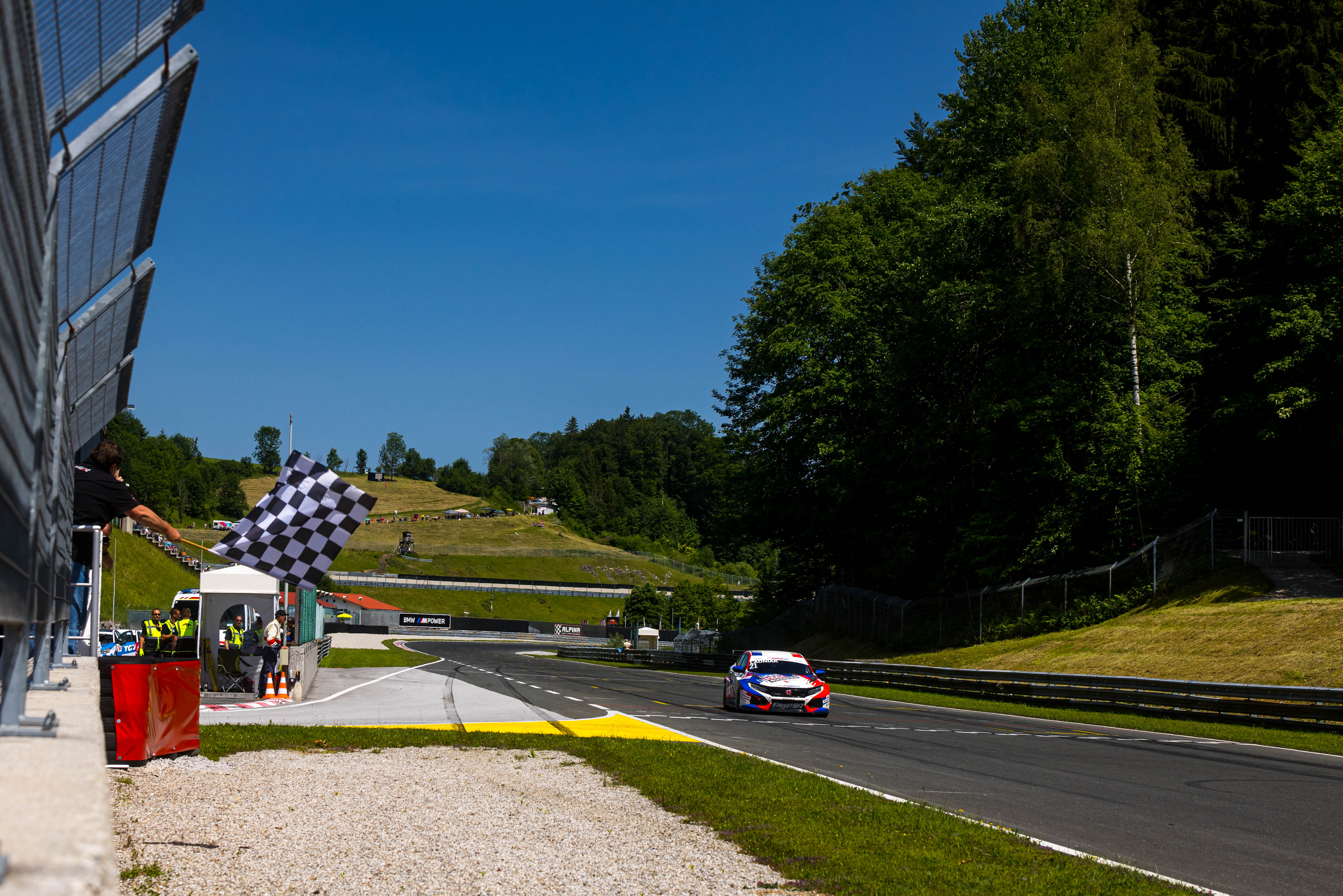 Three outright victories and three further class successes were the highlights of an incredible weekend for the Honda Civic Type R TCR globally when customer teams had to dig deeper than ever before against a crippling Balance of Performance.

The polesitter lost out to fellow front-row starter Andersen at the start but re-passed him soon after to take a three-second victory from the Dane. Andersen again qualified second for Race Two and finished there with Ladniak third.

Ladniak won the Junior class in both races while Roland Hertner - in the third Civic - was the Trophy winner both times in sixth and fifth overall.

The duo lead the points in their respective classes while Engstler head the Teams' standings and Andersen and Ladniak hold second and third in the Drivers' Championship.

Paolo Rocca continued his domination of the series with a double win at Misano for MM Motorsport.

From second on the grid, the teenager assumed the lead of Race One on the opening lap and was barely threatened through the 25-minute encounter as he won by over three seconds.

From pole position, he was made to work harder through the opening turns of Race Two, but still fended off his opponents and pulled away to an even more commanding 6s victory.

He extended his Division 1A points lead with three of six rounds completed and also heads the TCR Sequential standings.

Nowhere was the BoP-determined lack of top speed achievable by the Civic Type R TCR more apparent than amid the long flat-out sections of Spa-Francorchamps in Belgium; where the series' Compensation Weight rules also hamstrung the JAS-built cars.

JAS Development Driver Jack Young qualified seventh, and despite being one of the quickest drivers in the twistier second sector of the circuit, was no match for the other cars on the straights; finishing eighth and sixth for Halder Motorsport.

His team-mates Mike and Michelle Halder scored best results of 13th and 14th during the weekend.

Brutal Fish Racing Team's Pepe Oriola and Martin Ryba were both eliminated from Race One in separate incidents on the second lap. Oriola took 10th on Sunday while Ryba was again a non-finisher after a lurid early off-track moment.

Chris Smiley scored Restart Racing's third podium finish in as many rounds with a storming drive at Brands Hatch to remain in the heart of the title fight, despite suffering misfortune during the weekend.

Starting Race One from seventh spot after having five qualifying laps deleted for exceeding track limits, Smiley hauled himself up to second place by the end of Saturday's opener, but retired with a technical issue from Race Two.

He was eighth in the weekend's final race to sit fourth in the Drivers' Championship.

An extremely promising-looking weekend for Didrik Esbjug looked to have been undone just seconds into the opening race at Skelleftea, Sweden, but great work from Esbjug Motorsport ensured a solid reward.

From 12th on the grid, Esbjug was eliminated from a wet opening race before the first corner; the youngster simply in the wrong place as a rival lost control under braking and veered sharply right into the side of the Honda.

He bounced back with a pair of 10th places in the remaining two races; sixth in the Junior Trophy on each occasion. 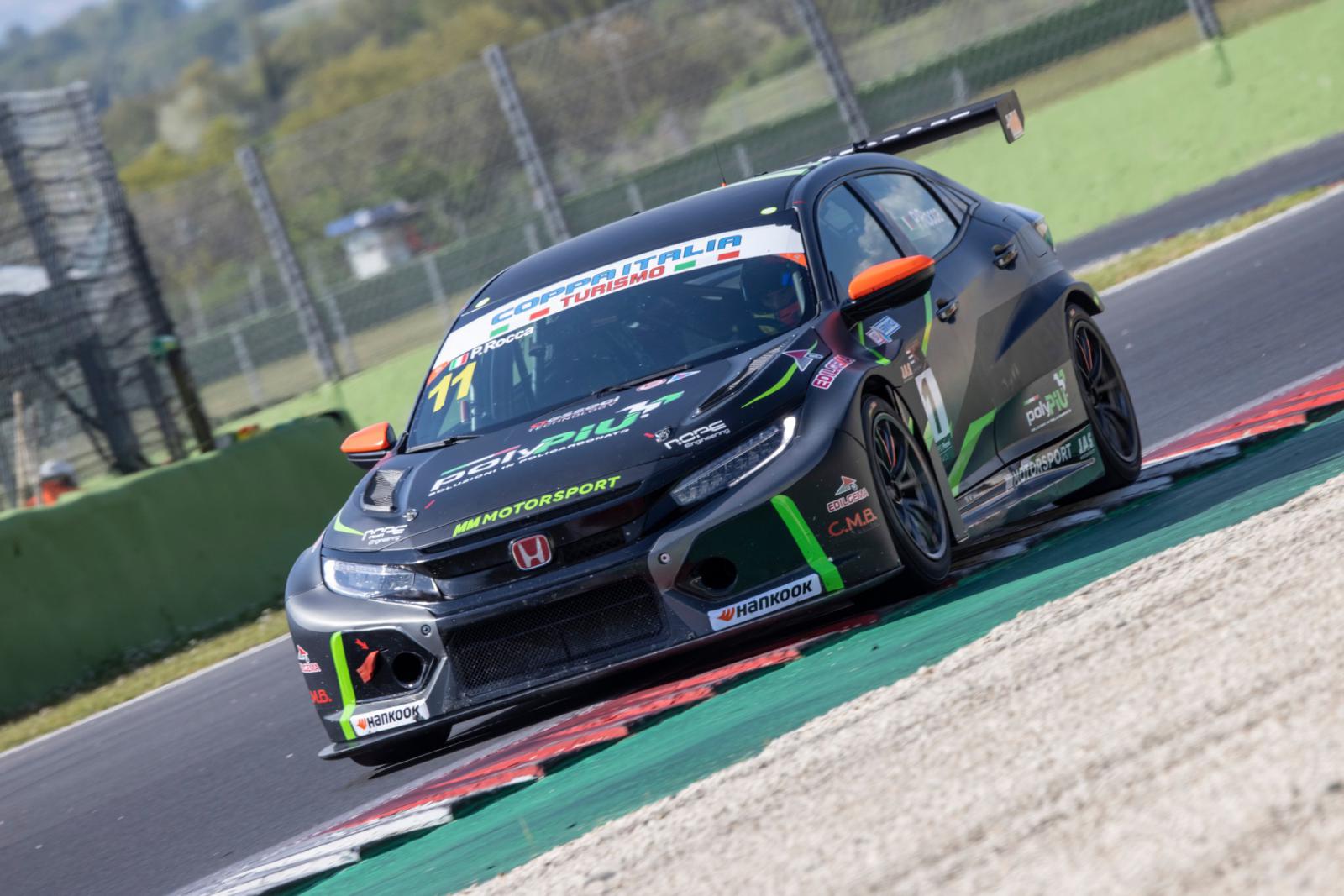