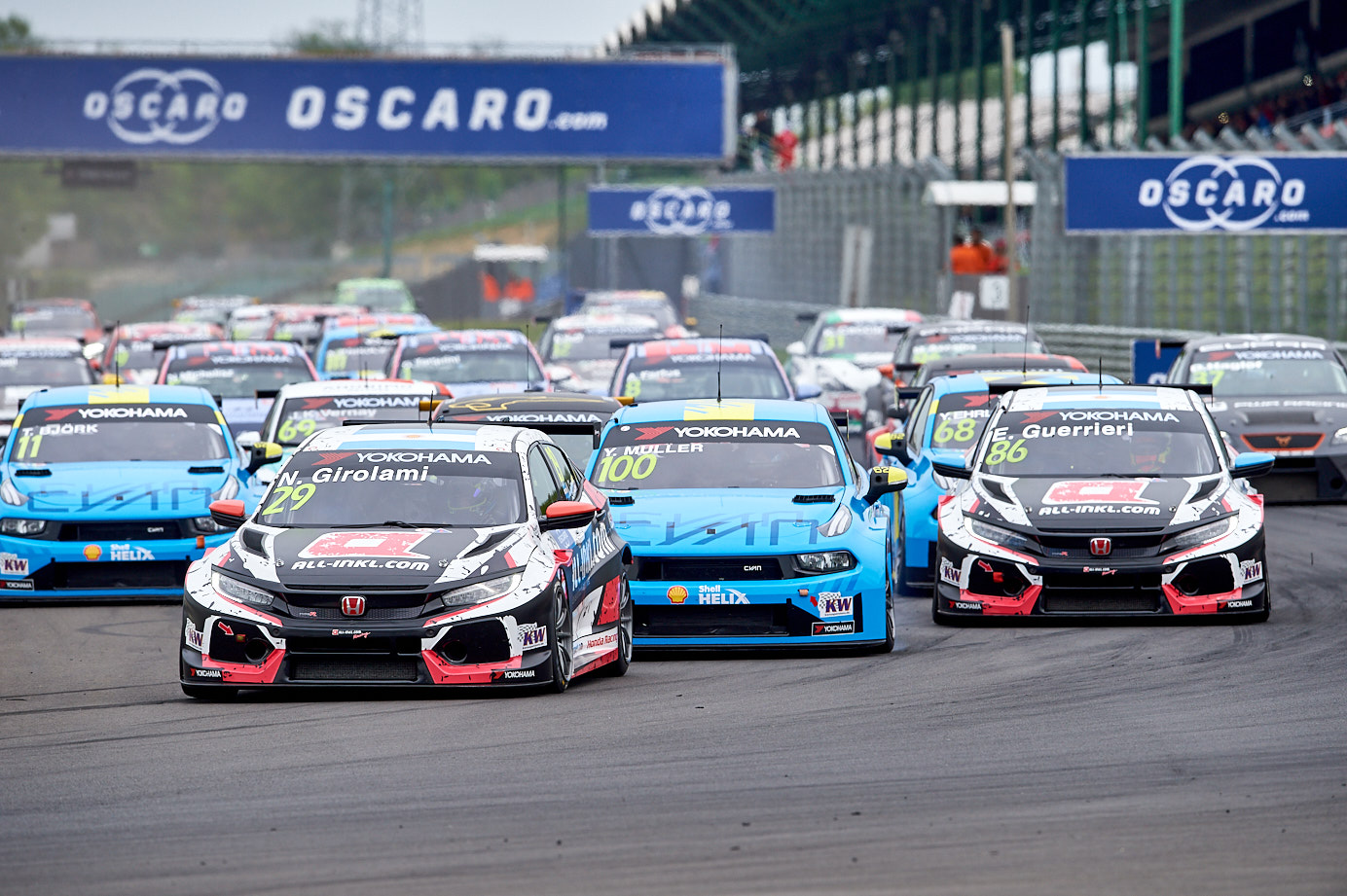 Civic Type R TCR drivers on top of the world

Nestor Girolami claimed a magnificent double victory for the Honda Civic Type R TCR last weekend to leap to the head of the WTCR – FIA World Touring Car Cup, while there were also wins achieved by customer teams in TCR Germany and TCR Eastern Europe.

The ALL-INKL.COM Münnich Motorsport driver took his JAS Motorsport-built car to a maiden pole position at the Hungaroring on Saturday and led the whole race with team-mate Esteban Guerrieri third.

Scything his way from sixth to first within a lap in Race Two, the Argentinian added another win while Guerrieri qualified on the front row for Race Three and led the early stages, but did not finish.

KCMG’s Attila Tassi scored a career-best eighth place in Race Two at his home event while several issues – including being his car being damaged by contact from another car – contributed to a frustrating weekend for team-mate Tiago Monteiro.

Mike Halder dominated the opening TCR Germany race of the year for the Fugel Sport-run Profi Car Team Honda ADAC Sachsen at Oschersleben and then added second place – from the fourth row of the grid – on Sunday to head the points table.

Brutal Fish Racing’s Martin Ryba claimed victory on his Civic Type R TCR debut in the first-ever TCR Eastern Europe race, which was run within the concurrent TCR Europe event at the Hungaroring.

Spinning twice in the wet second race dropped him to sixth, while Jakub Wyszomirksi took a magnificent second place in his older-style car to add to fourth in Race One.

The best-placed Honda driver in TCR Europe in the wet was Boutsen Ginion Racing’s Stephane Lemeret, who climbed from 19th on the grid to finish seventh; both of his results on the day placing him fifth in the concurrent TCR Benelux standings. Viktor Davidovski twice finished 24th.

KCMG climbed to second place before Jim Ka To suffered a puncture at the high-speed final corner and was unable to avoid hitting the barrier and retiring. Reigning champions Dome Racing Team qualified third, but were unable to start due to an engine issue.

VCMG Racing debuted in the Touring Car America series at Virginia and Victor Gonzalez Jr made a fantastic start to his time with the Civic by finishing third in TCR in Race One and following it up with fourth in Race Two.

Mads Fischer, JAS Motorsport TCR Project Leader, said: “What an amazing weekend, with magnificent performances from our customer teams all over the world. I was very pleased to be present at the Hungaroring to see Nestor Girolami’s double win and also a well-earned TCR Eastern Europe win for Martin Ryba on the first event for Brutal Fish Racing with the Civic Type R TCR. Mike Halder has made a fantastic start to TCR Germany and the performance of Bradley Burns, Jakub Wyszomirski and Victor Gonzalez Jr were also incredibly pleasing. I think it could be a fantastic season for many of them.” 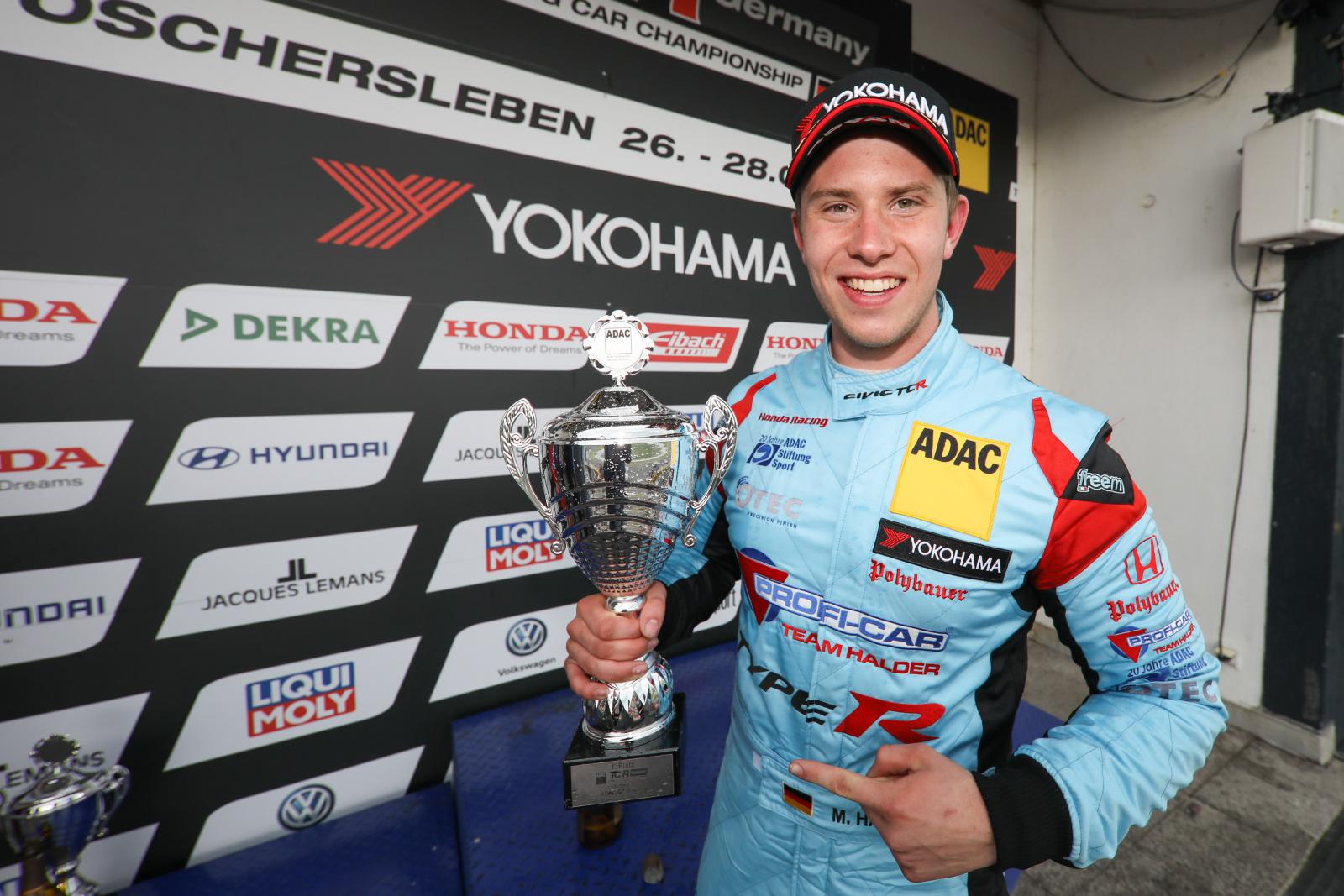