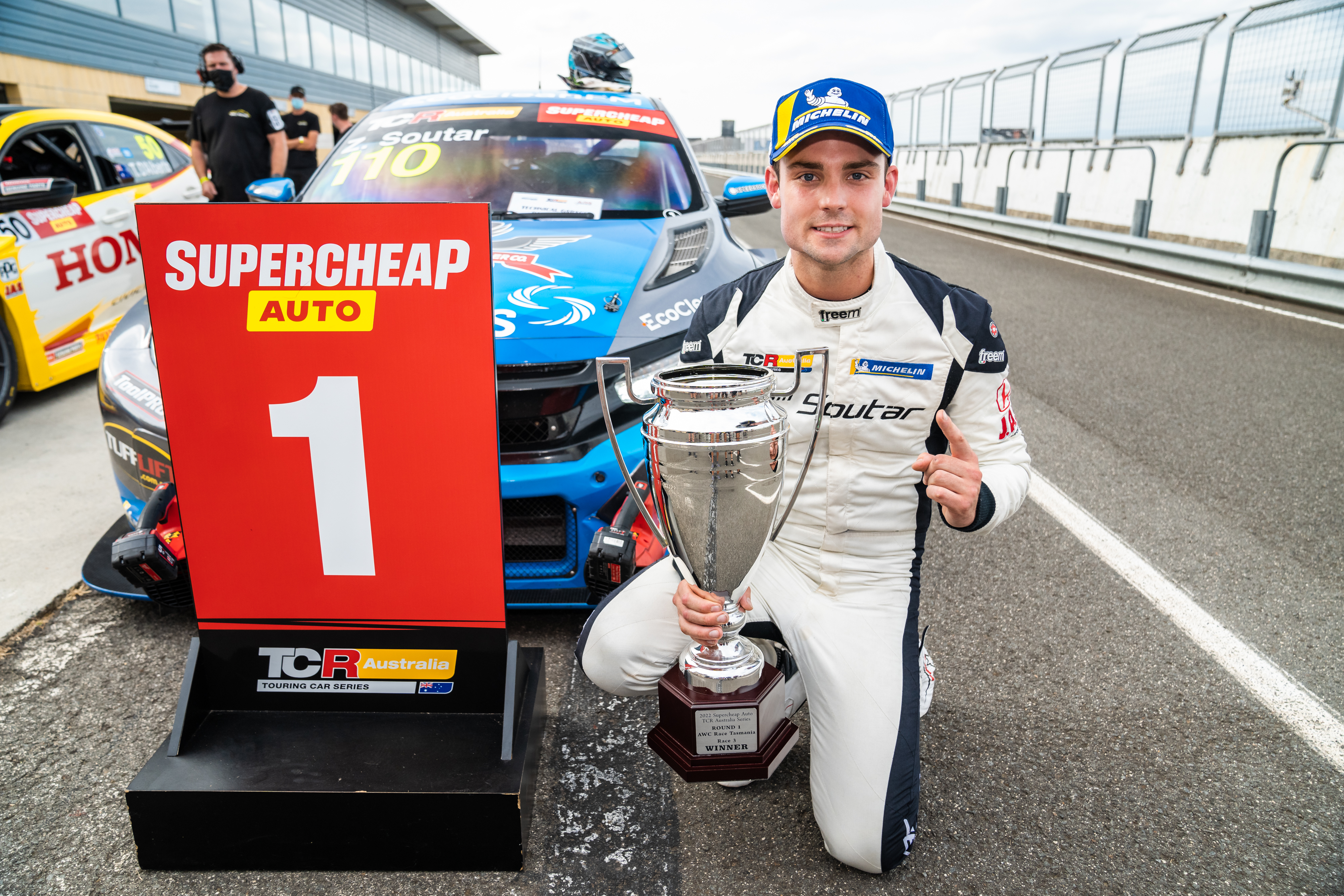 The Honda Civic Type R TCR continued its impressive start to the 2022 racing season as Zac Soutar and Tony D'Alberto completed a dominant one-two finish as TCR Australia got underway at Symmons Plains.

Driving for his family-run Team Soutar Motorsport organisation, Soutar survived first-corner contact to run second for the duration of the final race of the weekend, just ahead of Wall Racing driver D'Alberto.

After finishing second, he was instantly promoted to a maiden series victory when the on-the-road winner was given a time penalty for a safety-car offence. D'Alberto, likewise, was promoted from third to second.

Soutar had qualified fifth on Saturday and added sixth-place finishes in the other two races to leave Tasmania second in the championship and only two points off the top spot. D'Alberto - third in Race Two - is just two points back himself in third overall.

The Kiwi qualified 14th and made strong progress in the opener to improve to 11th place. He added 14th spots in each of Sunday's races after experiencing engine issues.