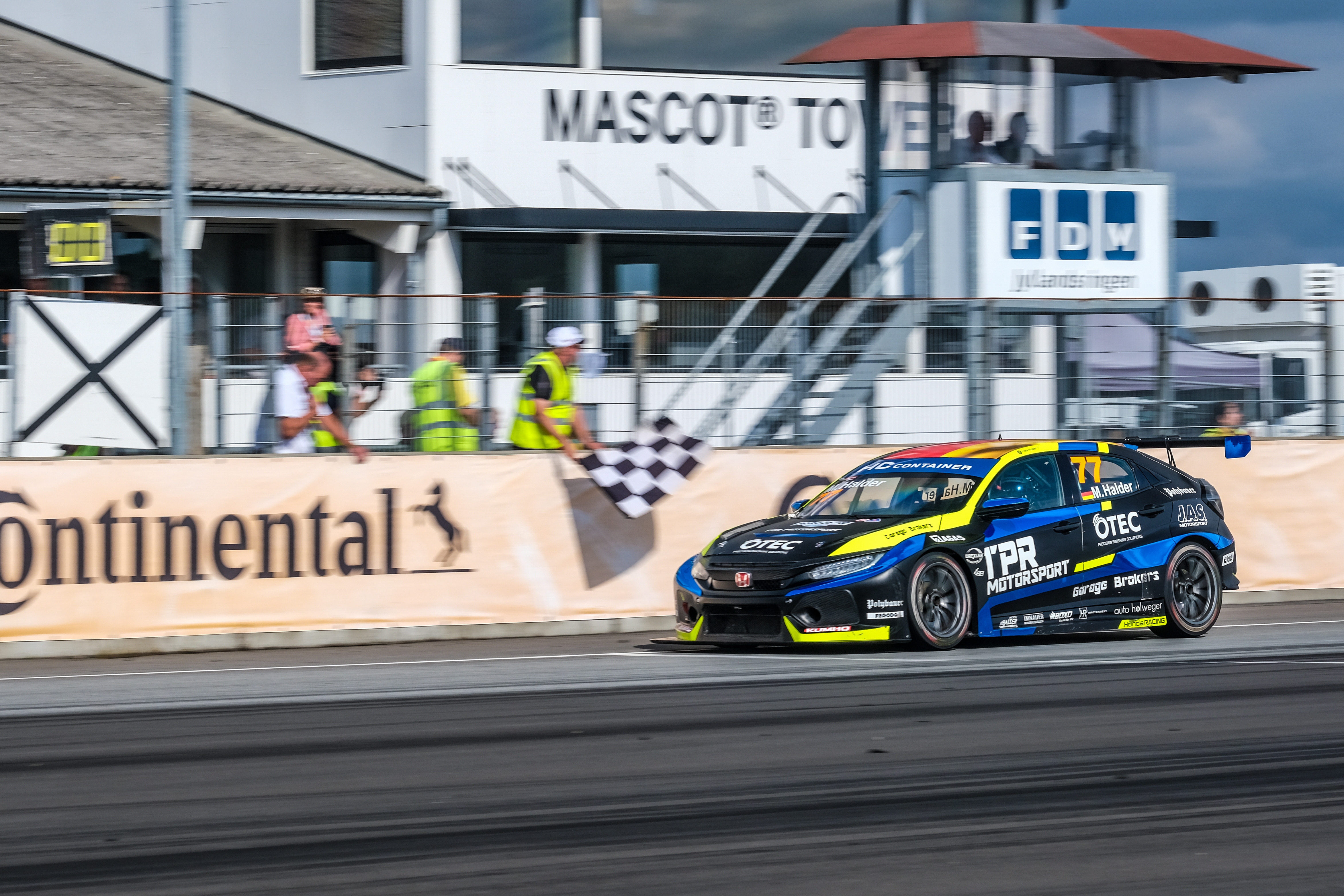 The Honda Civic Type R TCR scored its 50th win of 2022 as Mike Halder strengthened his bid for the TCR Denmark title with a dominant double victory.

There was also an endurance race success in South America for Squadra Martino and four more podiums secured as JAS Motorsport customer teams closed in on a number of high-profile titles.

Halder was in a class of his own in the races as series leader Kasper H Jensen - who qualified on pole position - sustained race-ending damage on the opening lap of Race One.

The TPR Motorsport driver won the first and last races of the day - his latter success being the 50th of the year for the JAS-built Civic - and was second in the middle race.

GMB Motorsport rival Jensen, meanwhile, started from the back of the grid in Race Two but recovered to fourth by the chequered flag and was then second in the finale.

In more good news for GMB, Gustav Birch - second overall in Race One - won the under-25s category in two of the three races to close in on the category lead.

In the overall standings Jensen leads Halder by five points while GMB and Honda head the Team's and Constructors' title races.

FIA World Touring Car Cup star Guerrieri forced his way to the front of the field inside the first 10 minutes after non-stop positional changes early on between himself, team-mate Colo Rosso and Crown Racing's Nestor Girolami.

Co-driver Casagrande could not hold off Girolami's co-driver Ignacio Montenegro or two other rivals and slipped to fourth during his stint, but the race turned on its head with a lap and-a-half to go.

First the cars in second and third collided, and four corners later Montenegro stopped with a suspected electrical issue, leaving the way clear for Casagrande and Guerrieri to take their first series wins and help Casagrande increase his Trophy class advantage.

Title contender Rosso and Caito Risatti were on course for a podium of their own until the effects of incorrectly-pressured tyres led to Risatti having to back off by more than 5s per lap for the majority of his stint. Rosso remains second in the points.

Neither the final Martino car - an older FK2 Civic - of Facu Marques/Franco Coscia - nor the Crown car of Pablo Otero/Bia Figueiredo finished.

Chris Smiley moved into the lead of the series with a podium finish at the penultimate event of the season at Donington Park.

The Restart Racing driver qualified second and finished the opening race - which was held on the UK's bank-holiday Monday - in third place. He was an innocent victim of a spinning rival at the first corner of Race Two and sustained instant race-ending damage.

However, the series' scoring system - which requires drivers to drop their two worst scores in advance of the final round - means that despite this, events elsewhere on-track meant he actually moved into a three-point championship lead with a round to go.

VGRT finished on the TCR podium at Virginia International Raceway thanks to brilliant stints from both Victor Gonzalez Jr and Karl Wittmer.

Gonzalez qualified fifth and made up a place before handing driving duties over to practice pace-setter Wittmer at half-distance.

Wittmer climbed to second but was hit by the leader while attempting to take over the top spot, lost ground and slipped to third, which was where he finished. Gonzalez is sixth in the Drivers' standings with a race to go with Wittmer - who missed the season-opener - 10th.

His practice pace meant he started third on the grid, but contact from an aggressive rival broke his Halder Motorsport Honda's steering at the race's first corner, forcing him out. Team-mate Michelle Halder also retired, this time with a driveshaft issue. 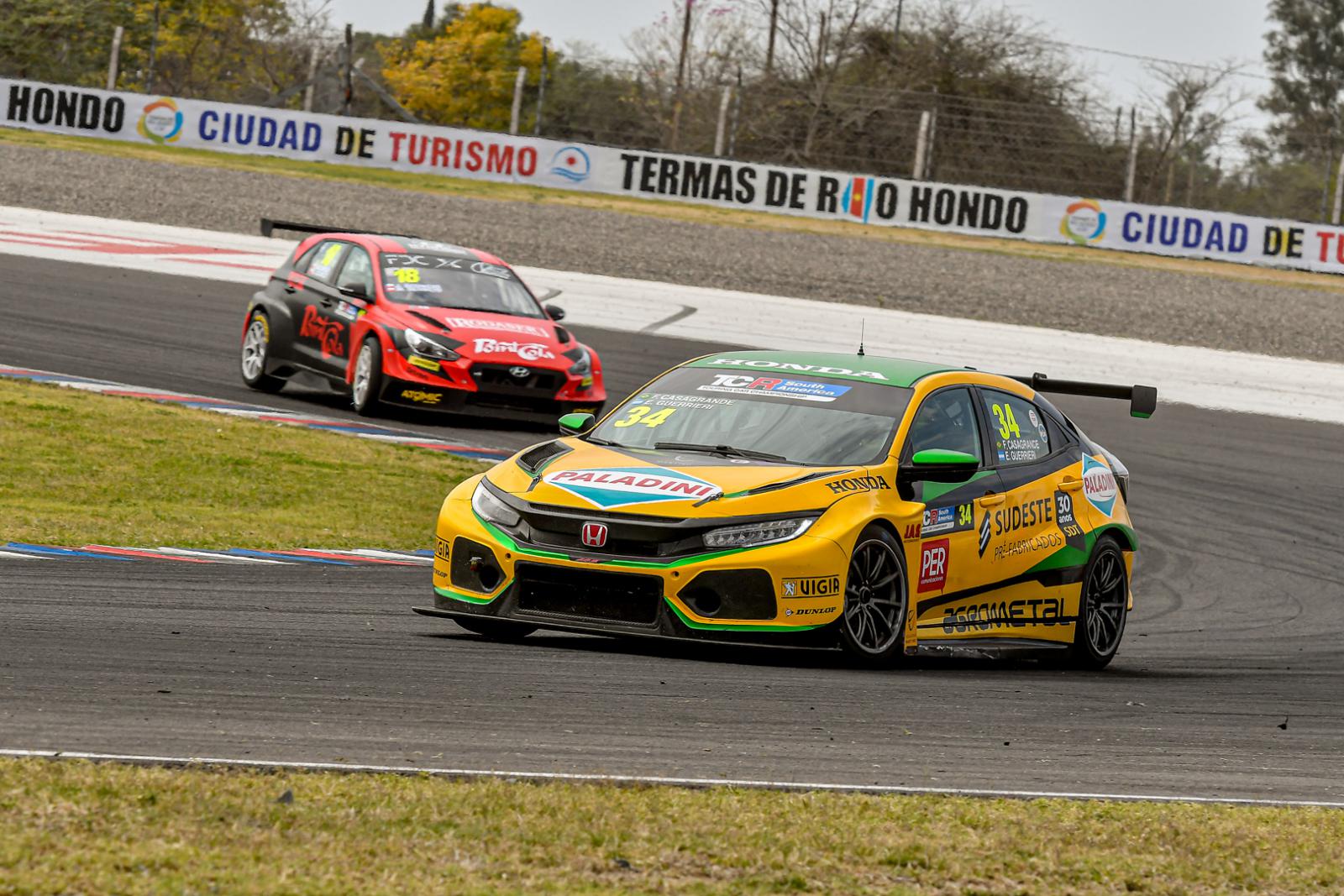