W2 Pro GP claimed the 10th major title of 2021 for the Honda Civic Type R TCR as a pair of podium finishes at Alta Gracia wrapped up the TCR South America Teams’ Championship.

After an ultra-consistent season so far, W2 pair Pepe Oriola and Raphael Reis arrived in Alta Gracia, Argentina, with a significant advantage in the teams’ points, and made good on all the promise they’ve shown across the season so far.

Oriola sprinted into the lead of Race One from third on the partially-reversed grid, and remained near the front all race as he finished second, with Squadra Martino’s Jose Manuel Sapag third to make it two JAS Motorsport-built cars on the podium.

Reis, who qualified third, finished there in Race Two while Oriola’s fifth-place result not only secured the Teams’ title - the 48th in total for the Civic Type R TCR - but also increased his lead in the Drivers’ Championship ahead of the season finale.

Sapag was beaten to sixth in Race Two by his new team-mate Matias Cravero while Fabio Casagrande - driving an older FK2 Civic - was second and third in the Trophy category.

Martin qualified an excellent third and finished eighth, seventh and ninth to seal fourth place for the round.

Privateer Zac Soutar ended the year with a season’s-best sixth-place finish in Race Three. Top-10 results looked likely in each of the other races too, but his hopes were dashed by identical right-front tyre issues. He was 12th and 13th instead. 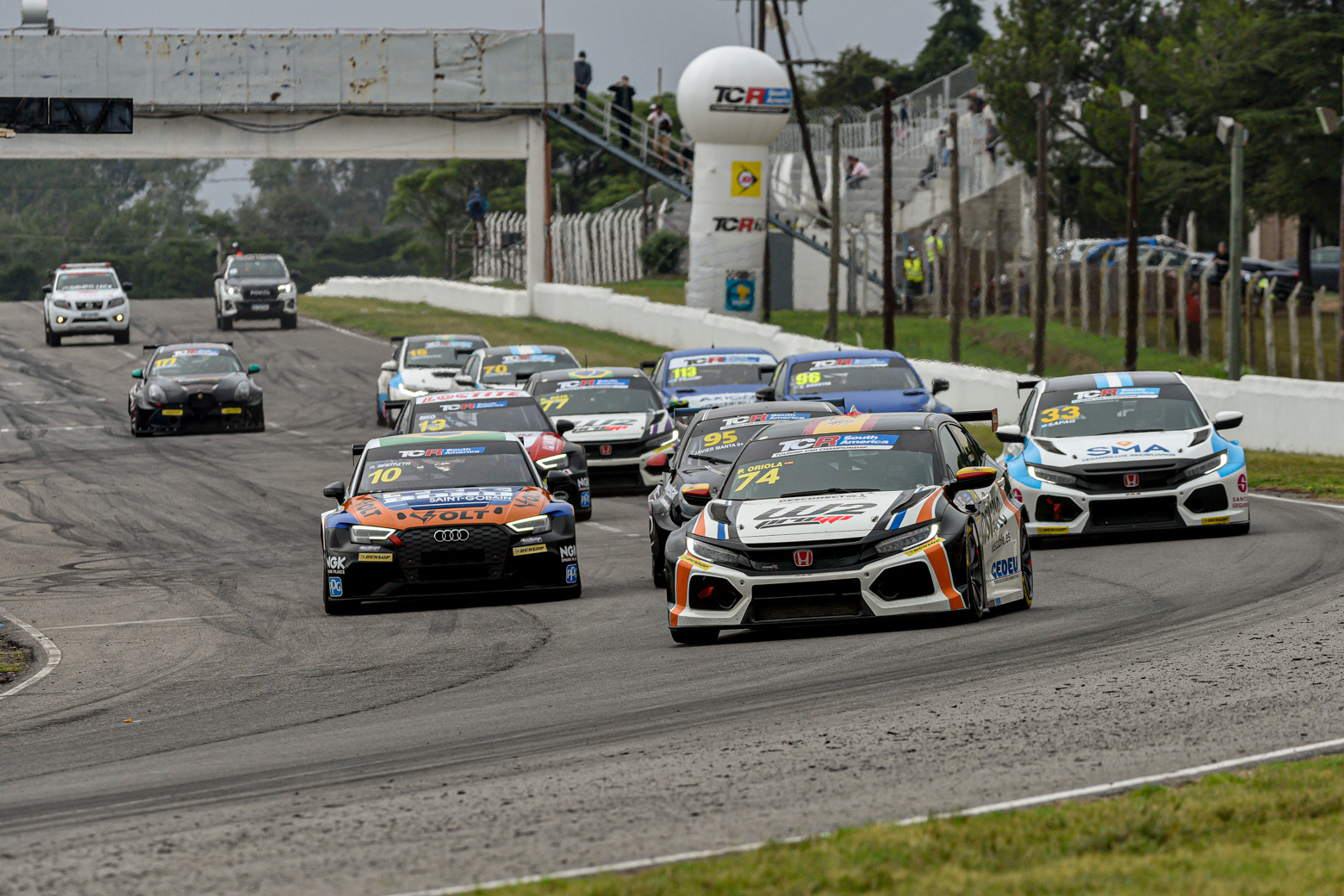