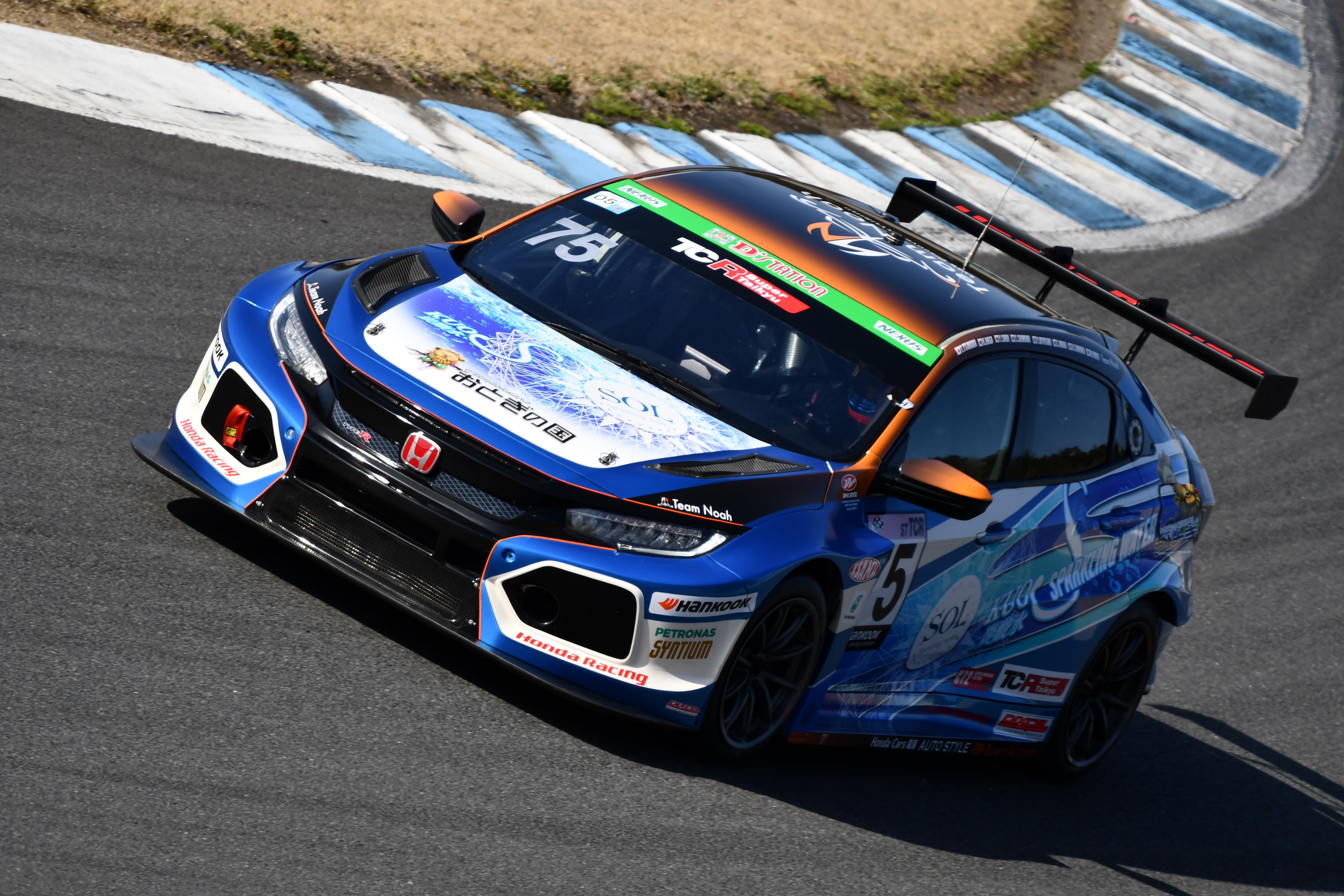 The Honda Civic Type R TCR continued its perfect start to the Super Taikyu season with another commanding victory at Sportsland Sugo by Team Noah.

The quartet of Shigetomo Shimono, Yuji Kiyotaki, Yoshikazu Sobu and Toshiro Tsukada were unchallenged on their way to pole position in the ST-TCR class in their JAS Motorsport-built car in wet conditions.

A dry raceday dawned, and despite an earthquake warning that forced a red flag in the earlier Group 2 race for smaller-capacity cars, the Group 1 event got underway without delay.

A strong and consistent performance from the Team Noah line-up brought them home at the top of the class. It was the second victory of the year for Shimono and Sobu, while Kiyotaki and Tsukada stood in for Motegi winners Kuniyuki Haga and Riki Tanioka.

Team Noah now have a commanding and increased lead at the head of the standings; cementing their status as title favourites.