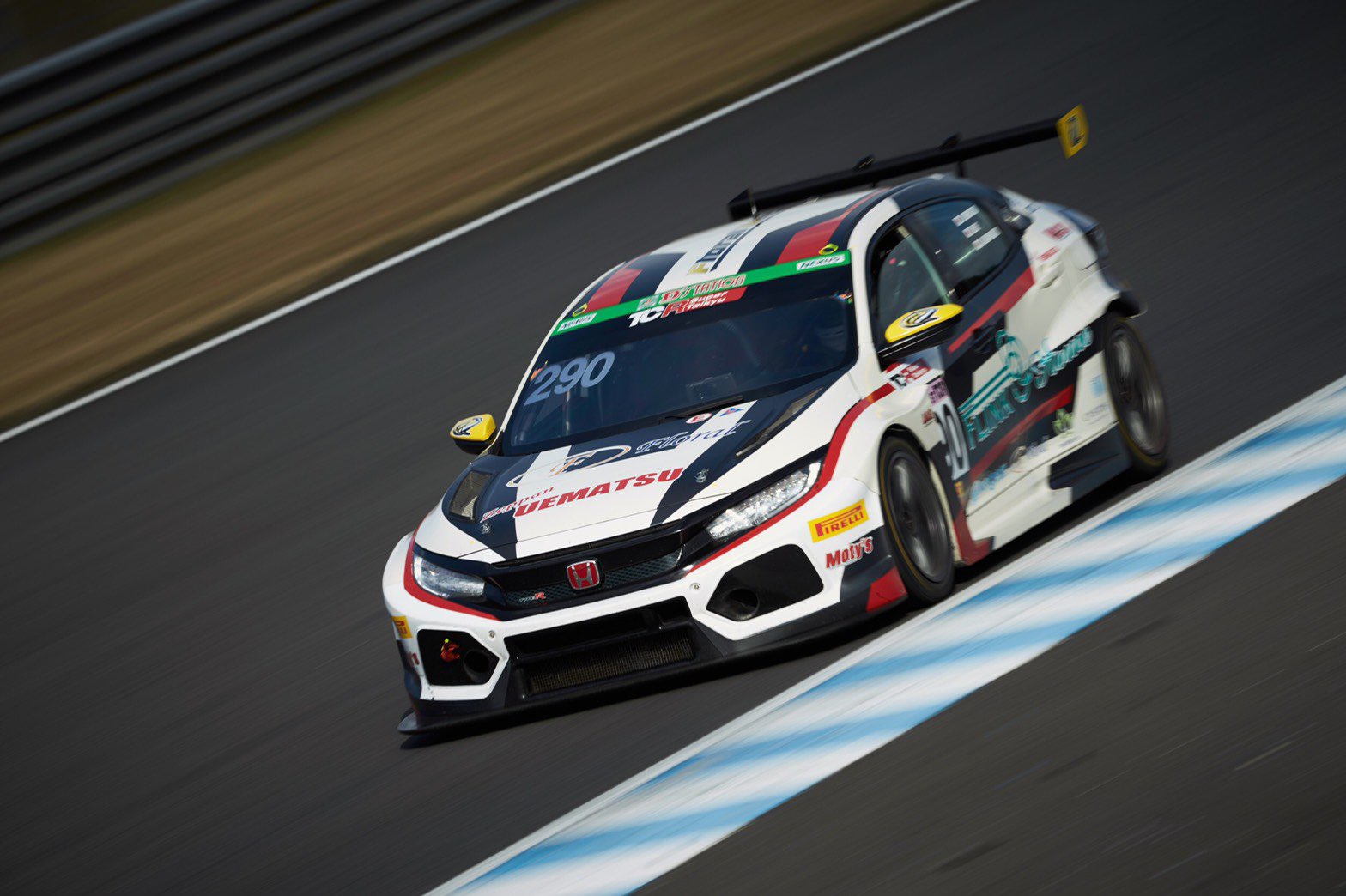 The Honda Civic Type R TCR has won its first major title of 2021 as Floral Racing with Uematsu were declared as Super Taikyu ST-TCR champions on Tuesday, while in in Australia, the car scored points on its seasonal debut.

Super Taikyu
The Uematsu team, which had won two of the five Japanese endurance series’ races in 2020, led the class points ahead of the planned final round with drivers Tadao Uematsu, Shintaro Kawabata and Yuji Ide.

That final event was due to have been held at Suzuka last weekend, but was postponed earlier in the month due to the growing severity of the COVID-19 pandemic in Japan.

Series officials announced this week that it will not be possible to reschedule the event and have confirmed the Uematsu team as ST-TCR champions.

It is the third class title for the JAS Motorsport-built Civic Type R TCR in four seasons of Super Taikyu competition and the 38th in total for the car.

Civic Type R TCRs won three of the five races in 2020 with Dome scoring one victory to finish fourth in the points, despite skipping a round.

Tony D’Alberto’s ninth-placed finish in Race Two was the best of the weekend for the JAS Motorsport-built car, which was slowed by TCR’s Balance of Performance (BoP) at the Tasmanian circuit.

A mighty qualifying effort from D’Alberto had placed him 11th on the grid for Race One, but with top speed significantly affected and the track featuring a combination of long straights and slow corners, his chances to move forwards were few and far between.

Team-mate John Martin scored a best result of 13th in Race Three as the duo showed 100 per cent reliability over the weekend.

After qualifying 15th, he battled hard throughout and ended Race Three as the top Honda driver in 11th spot.

Another debutant, Zac Soutar, was equally impressive to rise to 12th spot in Race Two. He was on-course for an even better result in the final race, but had to retire with a steering issue.