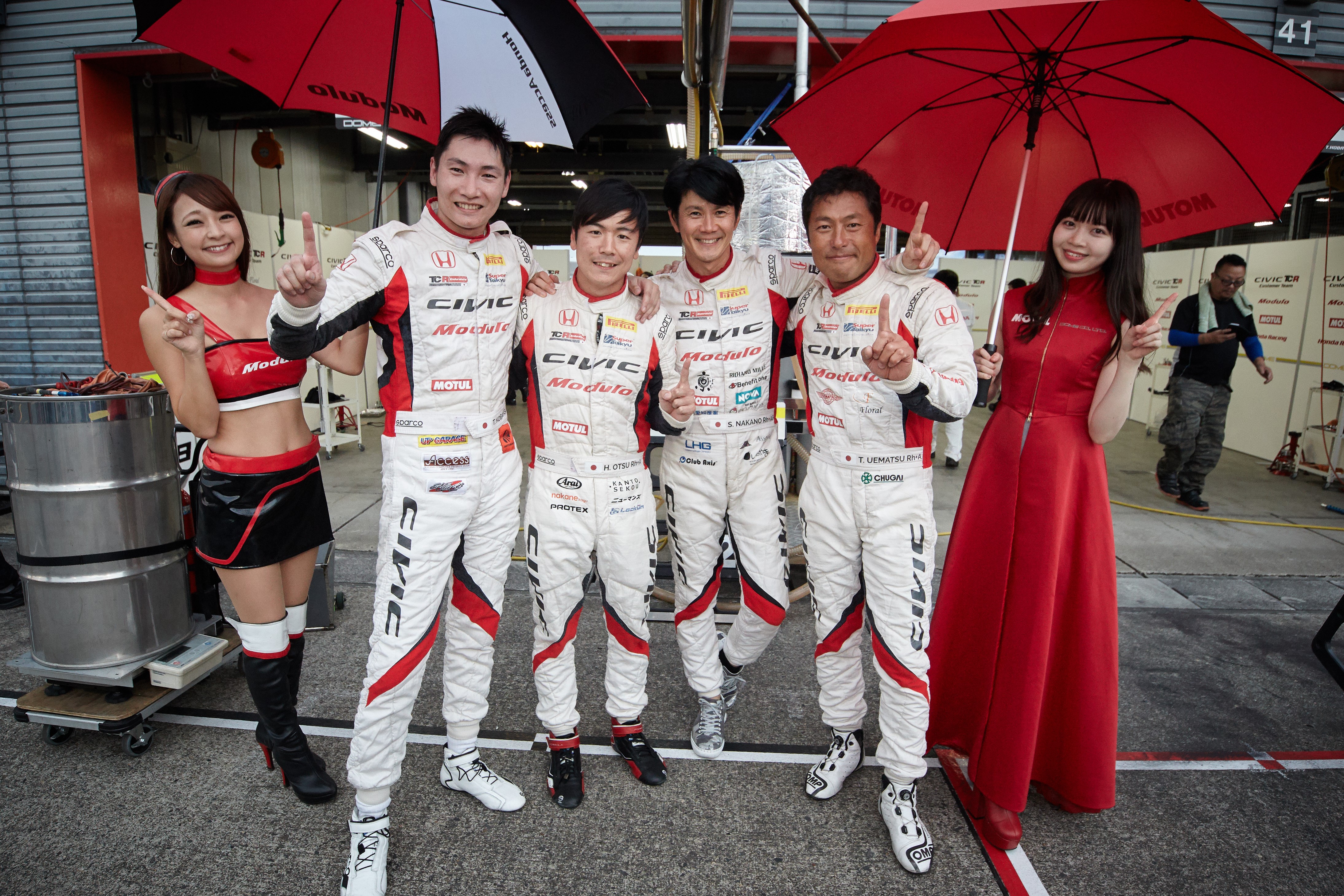 The Honda Civic Type R TCR has won its second major championship of 2018 after the Dome Racing Team wrapped up a second straight Super Taikyu crown with a one-two finish at Motegi, Japan.

Only two cars came into the weekend capable of denying the crew of the #97 Modulo Racing with Dome Civic the ST-TCR title, and one of these was the sister #98 car that won the 2017 crown.

Taiyou Iida, Hiroki Kato and Keishi Ishikawa qualified the #98 car second and moved into the lead during the early stages, while Tadao Uematsu, Hiroki Otsu, Shinji Nakano and Takashi Kobayashi had a tougher task as they moved through from seventh on maximum success ballast in the #97 car.

By the mid-point of the race they were running one-two and the #98 crew completed a comfortable victory over #97, who secured the title with their fifth podium finish in as many races this year.

Mike Halder ended a dramatic TCR Germany finale with a win and a second place for Honda Team ADAC Sachsen at Hockenheim.

After qualifying third, he finished second in Saturday’s opening race and then snatched the lead with two laps to go of the season finale to secure his third victory of the season and help the Fugel Sport-run operation finish second in the Teams’ Championship. Halder was fourth in the Drivers’ points.

Team-mate Dominik Fugel qualified 20th, but climbed to 13th by the chequered flag. He was on-course for eighth in Race Two when contact from another car left him classified 18th.

Josh Files and Attila Tassi scored three podium finishes out of a possible four to pull HELL ENERGY Racing with KCMG right back into the fight for the TCR Europe Teams’ Championship at Monza.

Having helped each other to second-row qualifying spots with useful tows in qualifying, British driver Files took a fine third place in Race One and then went one better from fifth on the Race-Two grid; his gutsy performance making him the second-highest points-scorer of the weekend.

Tassi’s third place in Race Two gave him the 2018 TCR Switzerland Trophy and helped close the gap in the Teams’ Championship from 57 points to just seven ahead of the Barcelona finale. He and Files go to Spain still each in with a chance of the Drivers’ crown.

Series debutant Ollie Taylor scored a brace of 10th places as he and Pyro Motorsport collected double-points in Italy. Stefano Comini was seventh in Race One for Autodis Racing by THX Racing while new team-mate Benjamin Lessennes was twice put in the wall by other drivers.

After qualifying a promising eighth, Reno Racing’s Jens Moller was pushed off the track in both races and took a best finish of 17th. Viktor Davidovski’s best was one place higher for PSS Racing Team.

Mattias Andersson wrapped up his Scandinavian Touring Car Championship campaign with a strong third-place finish at a dramatic season finale at Mantorp Park.

Mads Fischer, JAS Motorsport TCR Project Leader, said: “I’m over the moon for Dome Racing Team and their drivers. They have been the outstanding team in Super Taikyu since the entered with the Civic Type R TCR last year. The car has been the fastest and most reliable car in the series and has been prepared and driven expertly. I would like to congratulate Takuya Takahashi, President of Dome, and the team on a job very well done. Mike Halder has been the fastest driver all weekend at Hockenheim, which is extremely pleasing. He should have been in contention for the title at the last race, but lost out after another driver hit him two weeks ago at the Sachsenring, and Mattias has had a great end to his season with a podium in Sweden. The TCR Europe event at Monza went better than we could have possibly imagined for Josh and Attila, who took three podiums, despite the Civic not being ideally suited to the track layout. BoP is now pretty good between all the brands, but we saw at Monza that one car, in particular, had a straightline speed well in excess of anything else, and this definitely needs to be addressed as this is completely outside the performance window we all expect to be in.  I feel very sorry for both Jens and Benjamin, who both had accidents that were the result of completely stupid driving from others. The standard has been far lower than it should be for a European Championship all season; drivers should be out there having fun, not taking part in a Demolition Derby!” 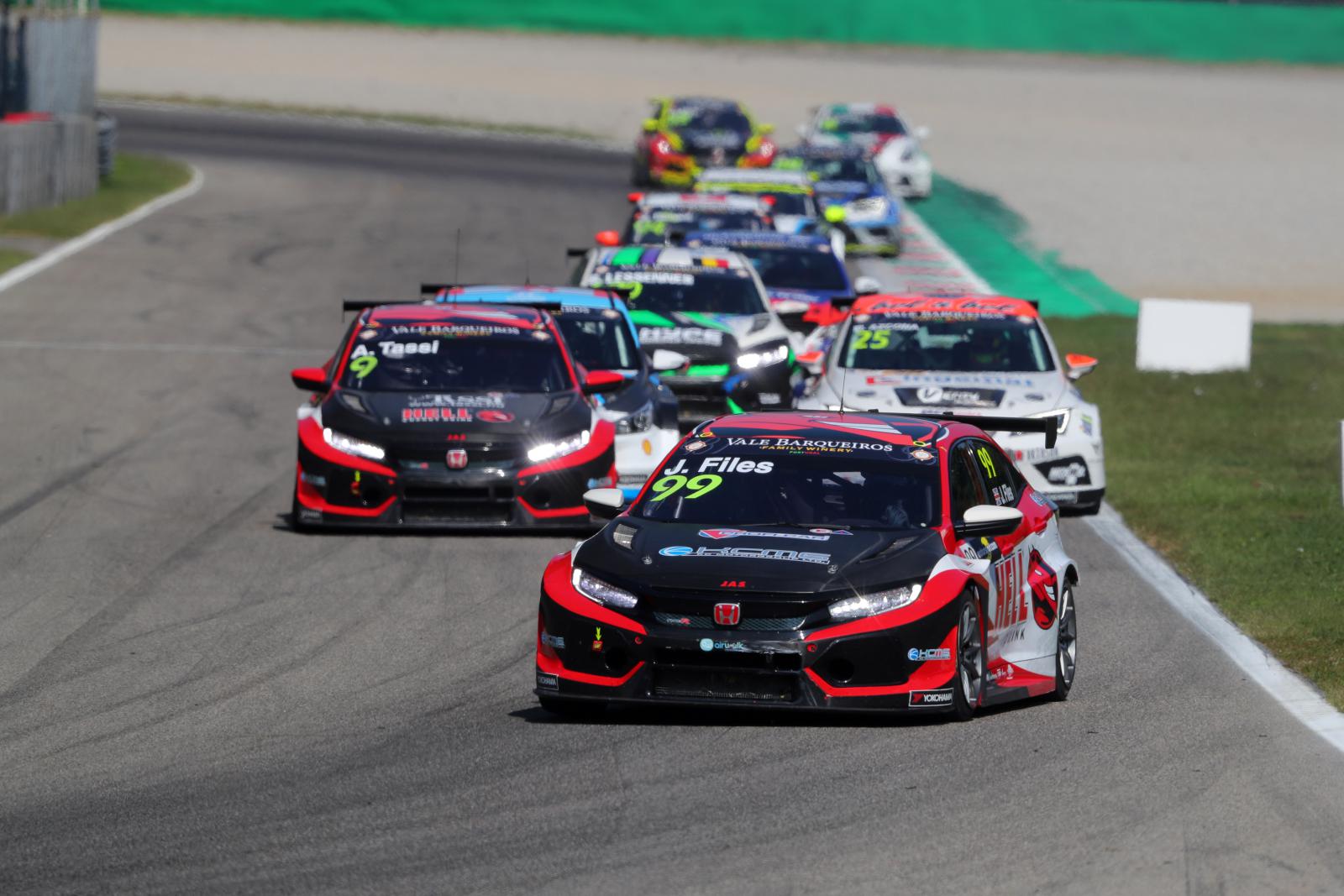