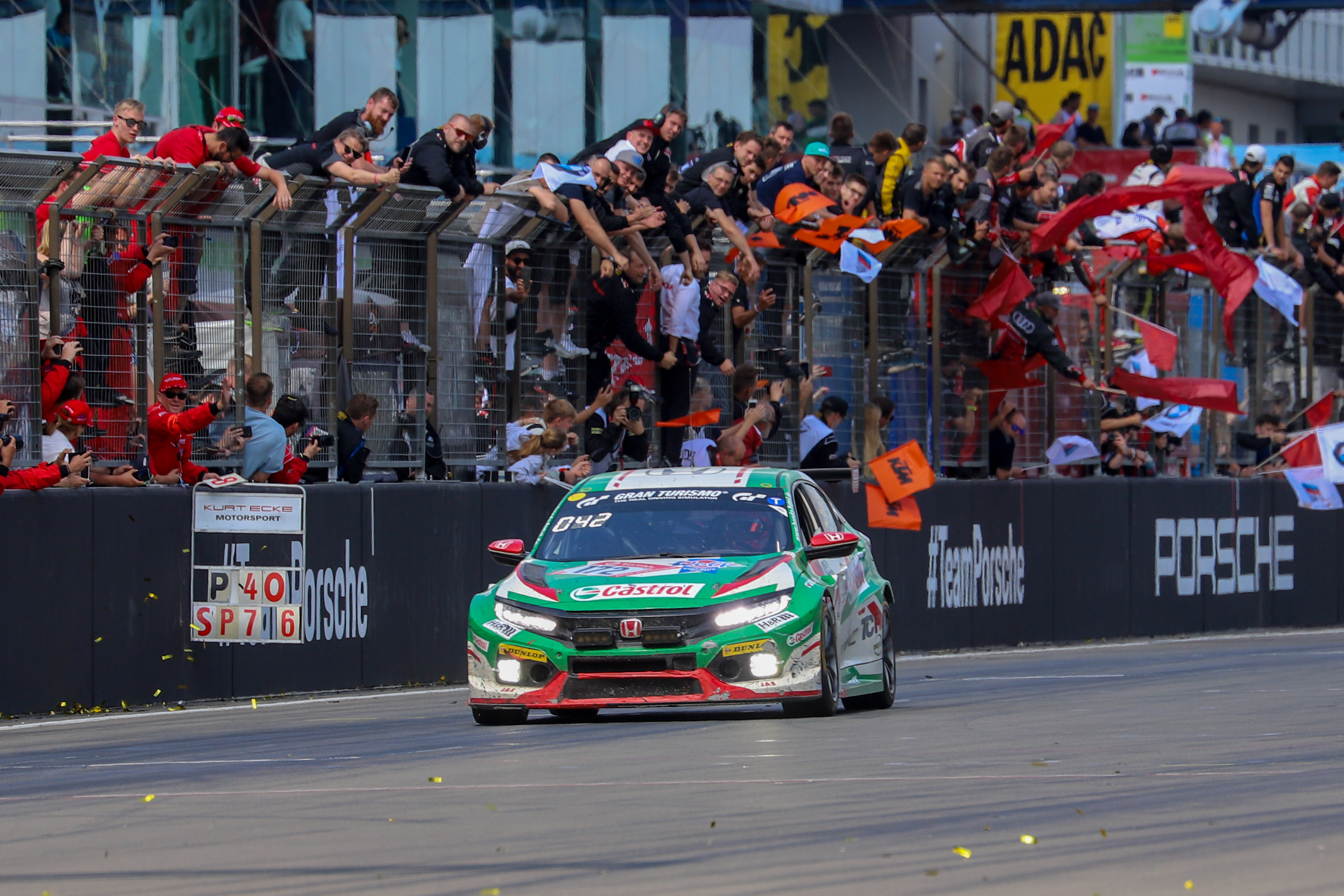 The only Civic Type R TCR in the field qualified third in the hands of Dominik Fugel, and his co-drivers Markus Oestreich, Cedrik Totz and Tiago Monteiro - who was also on WTCR duty at the same track - hit the front by the fifth hour.

Stretching their advantage to three laps at one point, an electrical issue lost the team 25 minutes in the pits and dropped them to third, but as other cars failed to last the course, the superior reliability of the JAS Motorsport-built car told.

Even an unscheduled brake-disc change could not deny the team, which was run by Fugel Sport, a deserved one-lap victory.

Also running at the Nurburgring was the fifth round of the WTCR - FIA World Touring Car Cup; ALL-INKL.COM Munnich Motorsport claiming three podium finishes and increasing their lead at the head of the Drivers' and Teams' Championships.

After setting pole position on a wet track, Esteban Guerrieri led team-mate Nestor Girolami in Race One as they finished second and third. Esteban added sixth and third on Saturday to hold a commanding 45-point lead at the halfway point of the season. Nestor is fourth.

KCMG's Attila Tassi took a career-best fourth place in Race Two, having qualified a best-ever eighth, while Tiago Monteiro ensured the team's first double-points finish in the WTCR with 14th in Race One.

The team also increased their lead in the TCR Japan Saturday Series as Matt Howson finished third in the opening race at Sugo and Yukinori Taniguchi won the Gentleman's class.

Howson was also disputing the lead of the Sunday Series race when contact sent him back to ninth. Resshu Shioya was the best Honda-powered finisher in eighth for G/Motion while Yu Kanamaru was a non-starter after crashing his Team Goh Models car in Race One.

Driver Nick Halstead qualified fifth and finished fourth in both of the weekend's races to put himself eighth in the Drivers' points table.

Also running a lone FK2-based model were MM Motorsport, whose driver Davide Nardilli steadily improved his own performances in the latest round of TCR Italy at Imola.

Having practiced in 11th and qualified ninth, he took a best finish of fourth in Race Two as he continued to climb the championship table.

Tiago Monteiro, Team Castrol Honda Racing, said: "I'm so happy to have this class win. The Nurburgring 24 Hours is a world-famous endurance race and I definitely felt the 'endurance' part this weekend because I was also doing the three WTCR races alongside it and physically that was tough. We got into a good pace, hit the front, had some issues that cost us some time in the pits, but the team did an amazing job to fix them and get us back out. A huge thanks to JAS Motorsport, Castrol and Honda Germany, for supporting this project and for involving me in it, and to Fugel Sport, who did a fantastic job, both in the warm-up races in the VLN, and here this week. There was a fantastic atmosphere in the team throughout the event and all my co-drivers and every member of the team did their bit."

Mads Fischer, JAS Motorsport TCR Project Leader, said: "This is an incredible result for everybody involved. The Civic Type R TCR is now a 24-hour race winner and this is a huge achievement for the Fugel Sport-run Team Castrol Honda Racing, who were supported by a couple of members of JAS engineering staff at the Nurburgring. We had some nervous moments during the race, especially when we lost the lead while fixing an issue in the pits, but this is the Nordschleife and it punishes cars - as we saw from the number of retirements. Everyone pulled through, the car was solid and we could get the result in the end." 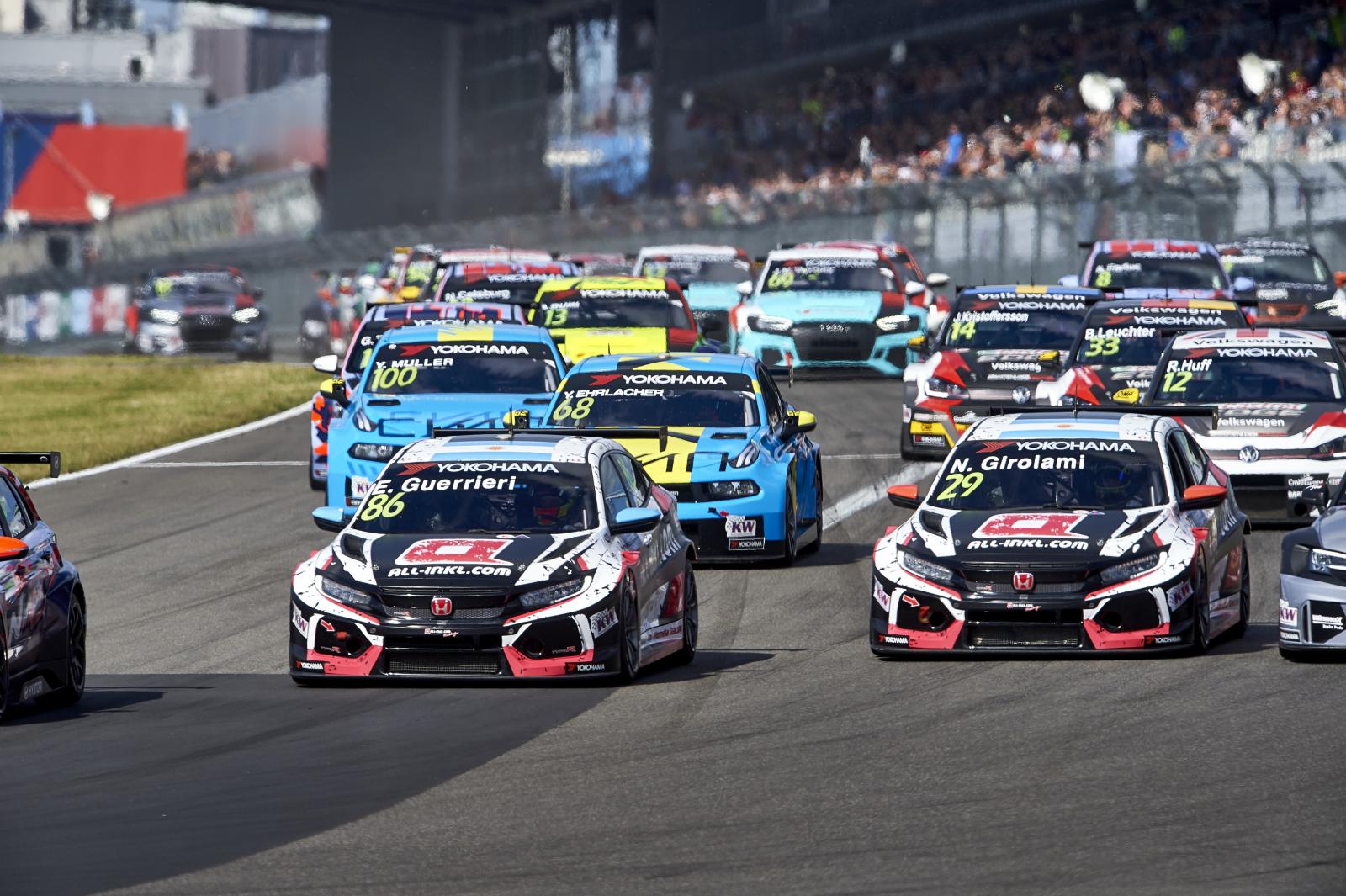