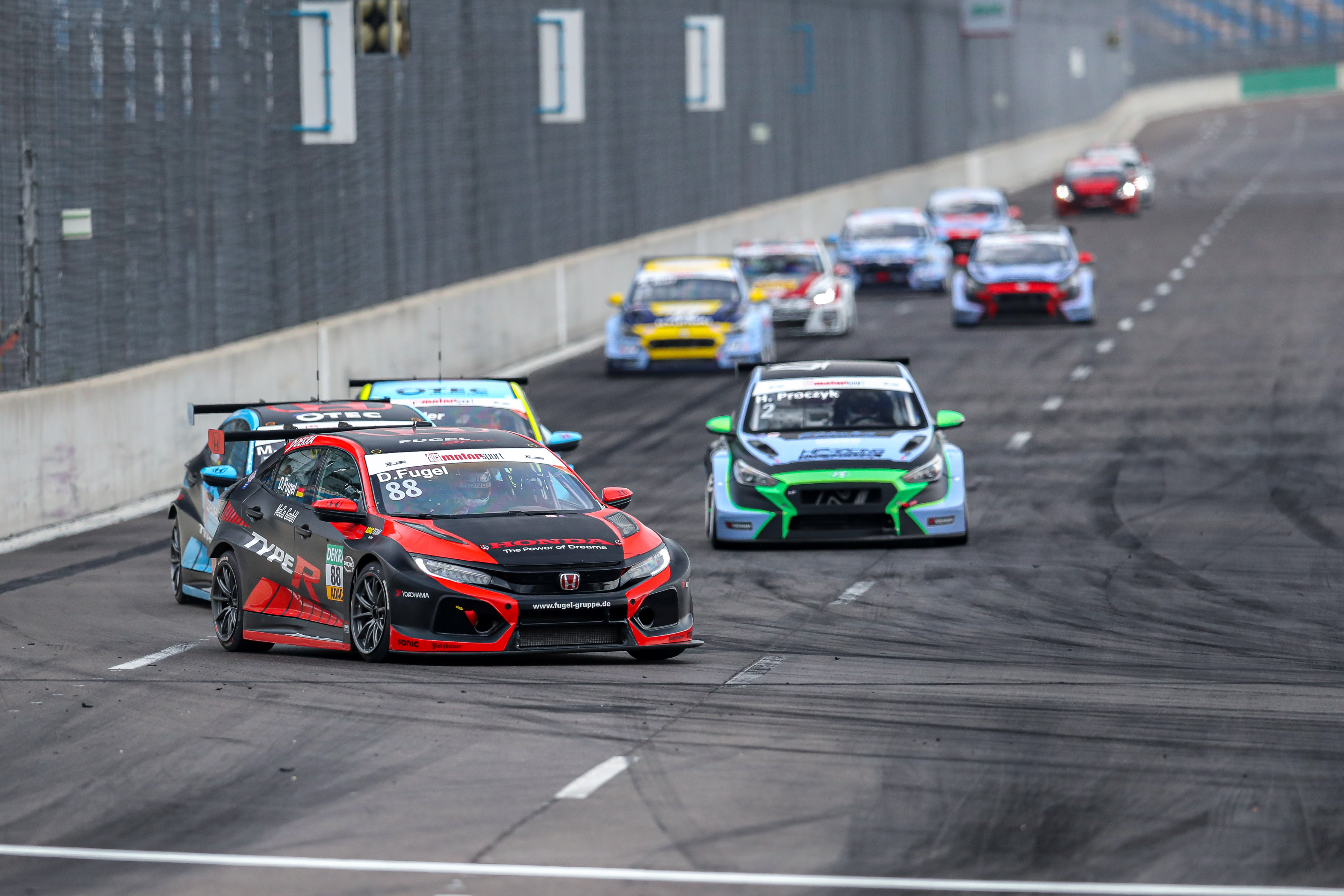 Dominik Fugel kicked off the new TCR Germany season with victory for the Honda Civic Type R TCR in an entertaining opening round at Lausitz.

Starting fourth in his Fugel Sport-run Profi-Car ADAC Sachsen entry, Fugel climbed to second place by the first corner and snatched a lead he would not lose from the similarly JAS Motorsport-built car of Michelle Halder halfway around the first lap.

The victory was added to sixth spot in Race One, while team-mate Mike Halder finished second in the earlier encounter.

Franco Girolami qualified a career-best second as TCR Italy moved on to Misano; the MM Motorsport driver recording a best finish of sixth during the weekend.

Team-mate Max Mugelli was double-retiree – tyre issues putting both he and Girolami out of Race 1 on the same lap. Privateer Federico Paolini took his older FK2 model to a career-best 13th place in Race 1.

For a third straight IMSA Michelin Pilot Challenge race, Mat Pombo and Mike Lamarra were the highest-finishing Honda pairing as they came home eighth in TCR at Road America.

The third Civic was not running at the finish after Taylor Hagler and Ryan Eversley suffered a cracked windscreen; a result of a broken bonnet pin causing the unattached item to fly back into it on the start/finish straight. 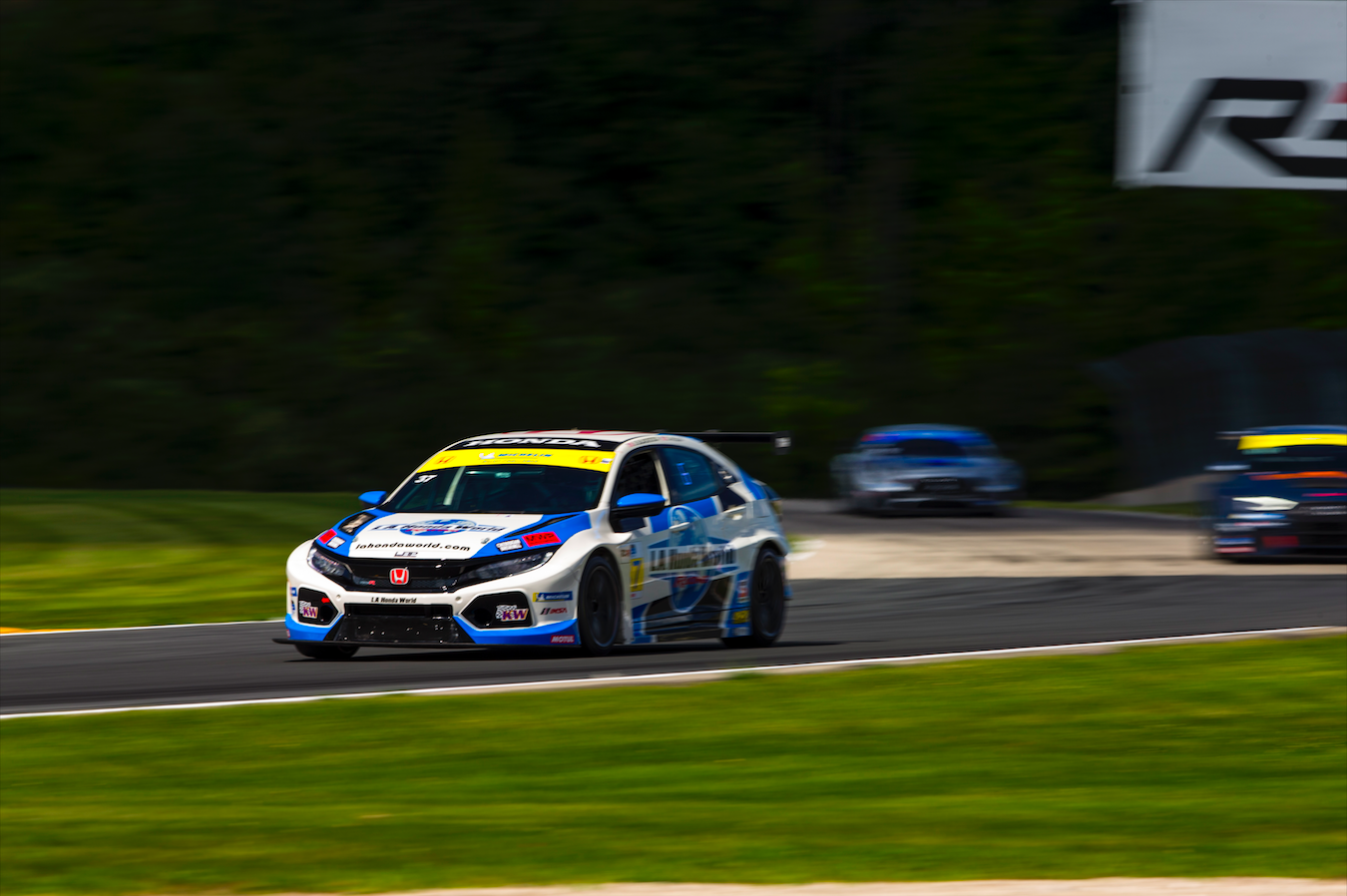