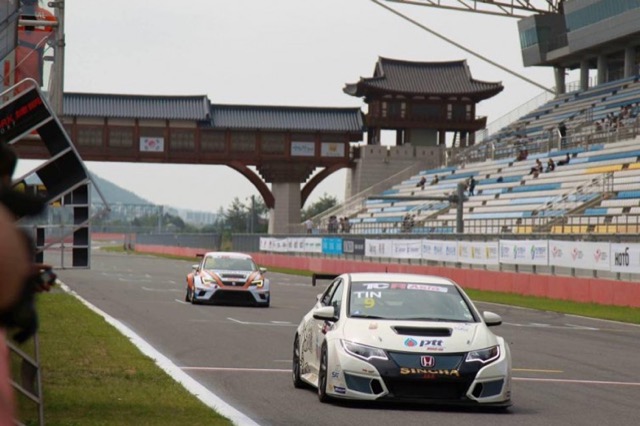 Tin Sritrai of Team Thailand claimed a dominant victory in the TCR Asia second round at Yeongam’s Korea International Circuit in his JAS-prepared Civic TCR.

Terence Tse (León) and Filipe de Souza (Golf Gti) were on the front row of the top-eight reverse grid, but it was Roelof Bruins in the SEAT, who took the lead from Michael Ho (JAS-prepared Champ Motorsport Honda Civic), with Sritrai’s Honda in third place.

On lap 4, Sritrai stole the lead from Bruins and pulled away to the chequered flag. Henry Ho finished fifth.

The championship standings after the first event see Sritrai leading with 45 points and the next race meeting is at Buriram’s Chang International Circuit, Thailand on June 11 and 12.