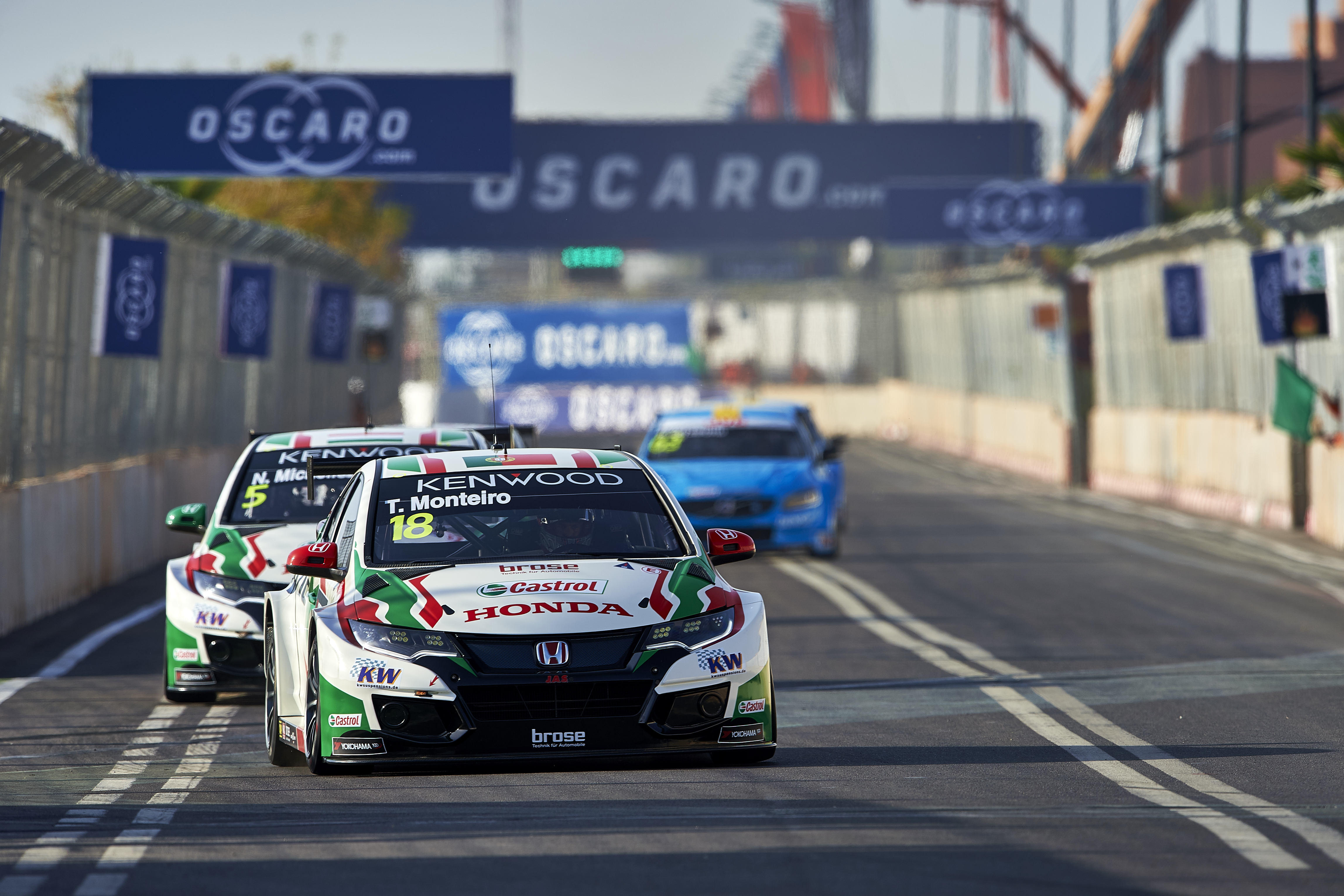 Tiago Monteiro started the Main Race from pole position and drove perfectly on the Circuit Moulay el Hassan in Marrakech; the Portuguese leading every lap to win by less than a second from his team-mate Norbert Michelisz.

It was Monteiro’s 10th WTCC victory and one that gave him a seven-point advantage over Michelisz in the Drivers’ Championship.

Hungarian Michelisz, who secured his 32nd podium in the series, had earlier finished fifth in the Opening Race; one place ahead of Monteiro.

Honda left Africa leading the Manufacturers’ points race thanks to what was the 14th WTCC victory scored by a JAS-built car.

Fellow factory driver Ryo Michigami, who was racing in Morocco for the first time, secured his first WTCC point with 10th place in the Main Race.

There were two milestone results in the Opening Race from the Hungarian Zengo Motorsport team, also running a pair of JAS-built Civics. Daniel Nagy celebrated his 19th birthday by setting the fastest lap – his first in the series – while Frenchman Aurelien Panis scored a point on his WTCC debut.

There was further success for the JAS-built Honda Civic TCR, which can now add victory in the Coppa Italia Turismo Division to those already scored in Super Taikyu and TCR Middle-East in 2017.

Erik Scalvini led the entire opening race from pole position in his MM Motosport Civic and then made it a double victory with a storming drive in awful weather conditions in Race Two.

Alessandro Mariani, Managing Director JAS Motorsport, said: “This is a terrific result and shows the real improvements we’ve made to the Civic WTCC during the winter to make it a winner first-time out in 2017. Tiago and Norbi drove superbly to score a one-two finish, despite the fact that we knew the high temperatures would make today very marginal on brakes. I feel sorry for Ryo because he was taken out of the Opening Race, but he showed strong pace in the Main Race and I’m glad he scored his first WTCC points.”