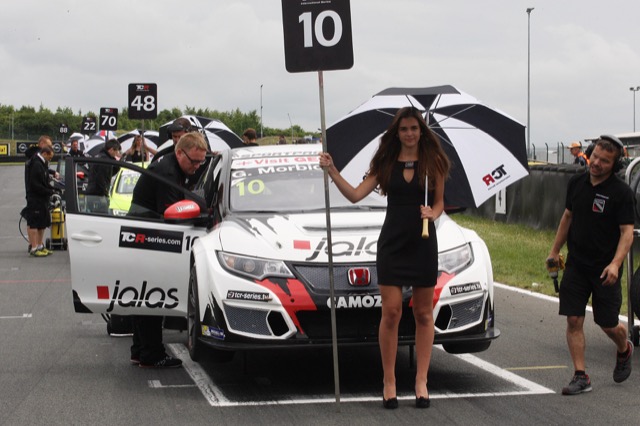 Double Double for JAS! Two Wins in Both Germany and China

Although Disappointment for Morbidelli and Grachev in the TCR Int'l Series

There was much to celebrate for JAS-prepared Civics in the TCR Germany series. Dominik Fugel won the first of two races at the weekend for Honda Team ADAC. Initial winner Josh Files was relegated following an infringement in his Honda, but Steve Kirsch finished third in another JAS-prepared Civic.

Files was to record an emphatic win in the second race however, charging to the front in spectacular style. He now leads the TCR Germany series, heading to Austria.

It was a disappointing weekend for the JAS Motorsport-prepared Civic TCRs in the International series events at the Motorsport Arena in Oschersleben though.  Despite posting fastest time in both wet and dry conditions during Free Practice 2, Gianni Morbidelli was unable to convert potential into wins in Germany.

There was plenty of commotion at the beginning of the first race which tangled up the second West Coast Racing Honda of two-time winner Mickhail Grachev. One lap later and another incident caused Morbidelli to run wide and onto the grass. He would finish 7th, with Grachev not finishing.

The second race involved another coming together at the tricky turn one and Morbidelli was unfortunate to be involved again. He would battle back to finish 10th.

Meanwhile in China there was plenty to celebrate with Martin Xie winning both rounds of the Chinese Touring Car Championship in the JAS prepared Dongfeng Honda Civic. Indeed, in the second round the podium was all Honda, with team-mates Zou Si Rui and Henry Ho taking second and third.