JAS Motorsport Honda Civics took an incredible double win in the latest round of the TCR International Series at Buriram in Thailand on Sunday.

Both Norbert Michelisz (above) and Aurelien Panis scored their maiden victories in the championship; the Hungarian winning for his own M1RA team for the first time and Panis giving Boutsen Ginion Racing their inaugural success in the series.

Just as significant were Giacomo Altoe finishing second in Race Two to complete a memorable one-two finish and secure his maiden series podium just five days after joining M1RA, and team-mate Attila Tassi taking over the points lead with third and fourth-placed finishes.

The weekend results helped M1RA to increase their lead in the Teams'; Championship while the JAS-built Honda Civic Type R TCR continues to top the Model of the Year standings with only two rounds left of the 2017 season.

There was even more joy for Honda teams in TCR Thailand, which ran a pair of races within the International double-header at Buriram. Chariya Nuya (below) scored a double win to seize the championship lead in his Billionaire Boy Racing Civic while Nattachak Hanjitkasem was fourth and fifth.

The Dome Racing Team maintained their 100 per cent podium record with third and fourth places in a gruelling Fuji 10 Hours; the longest event of Japan's extremely popular Super Taikyu Series.

The Rent-a-Wreck Racing driver missed qualifying after suffering a gearbox issue in practice, but bounced back from his rear-of-the-grid start to finish 12th in Race One and then added his two best-ever finishes with eighth and seventh places to end the day.

Honda Racing Sweden's Mattias Andersson was fourth, seventh and 10th to sit eighth in the points.

There was disappointment for Danish squad Insight Racing, who contested the latest round of the 24H Series, the Barcelona 24 Hours, in Spain.

After qualifying 13th in the TCR category, the four-man crew of Marcus Paverud, Joakim Frid, Martin Jensen and Jacob Mathiassen settled into a solid rhythm early on.

Unfortunately, an issue in the second hour of the race caused damage to their Civic that was not repairable and they were forced to retire.

Maurizio Ambrogetti, JAS Motorsport President, said: “It’s been a fantastic weekend for JAS; the highlight being a double win in TCR International. I must congratulate M1RA for achieving first, second and third places after Roberto Colciago’s injury diagnosis on Monday forced them into a late driver swap. Giacomo Altoe's podium was achieved in a car rented at the last minute from Vattana Motorsport, which is carrying some damage from the last race it contested. M1RA took a big risk and Giacomo did a fantastic job. I must also say well done to Boutsen Ginion Racing and Aurelien Panis - a TCR International race winner at only the second attempt - and Chariya Nuya, who won both TCR Thailand races and leads the points. Dome Racing Team are in a strong position to win the Super Taikyu title and Marcus Annervi also did well in the STCC, so overall I'm very happy." 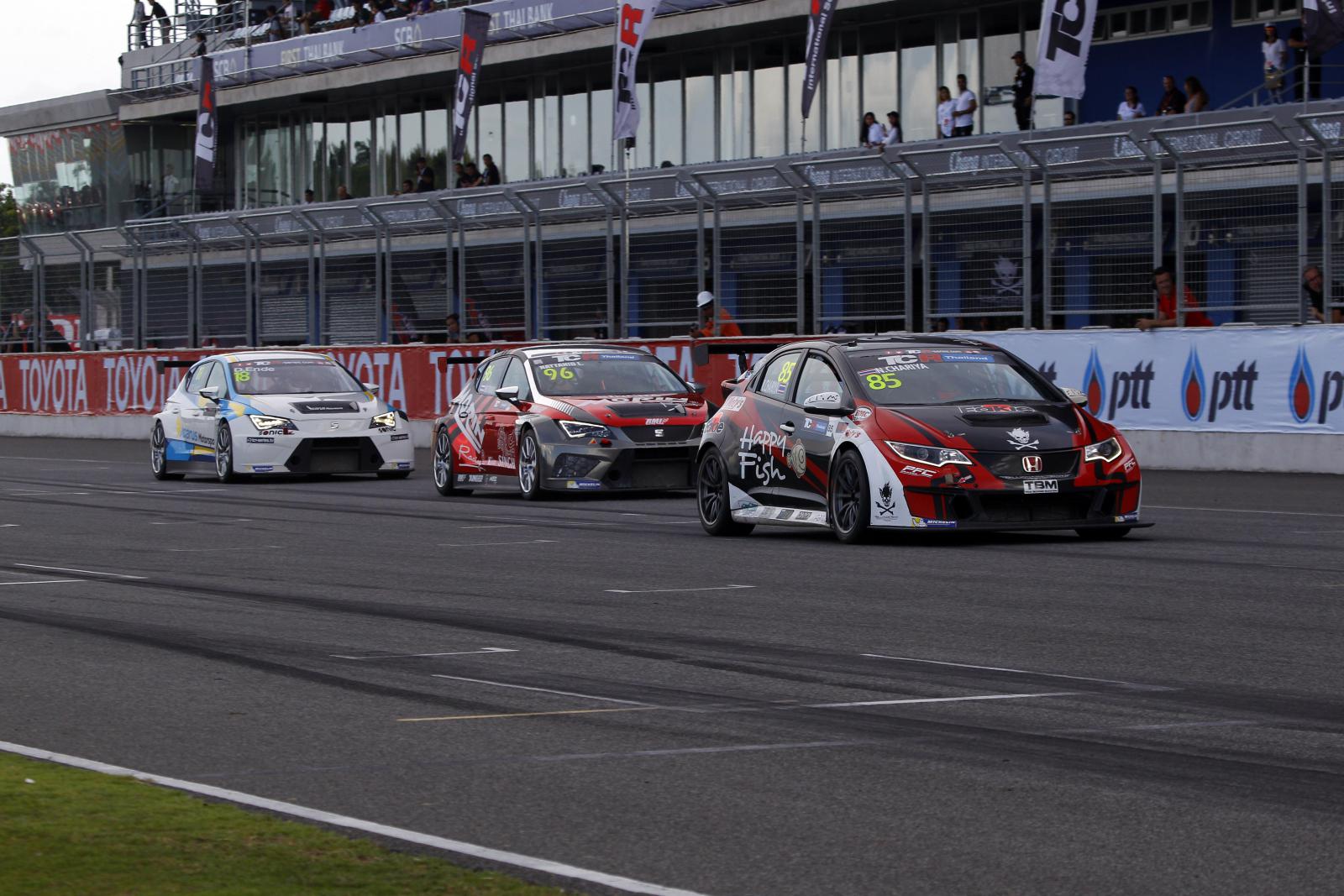