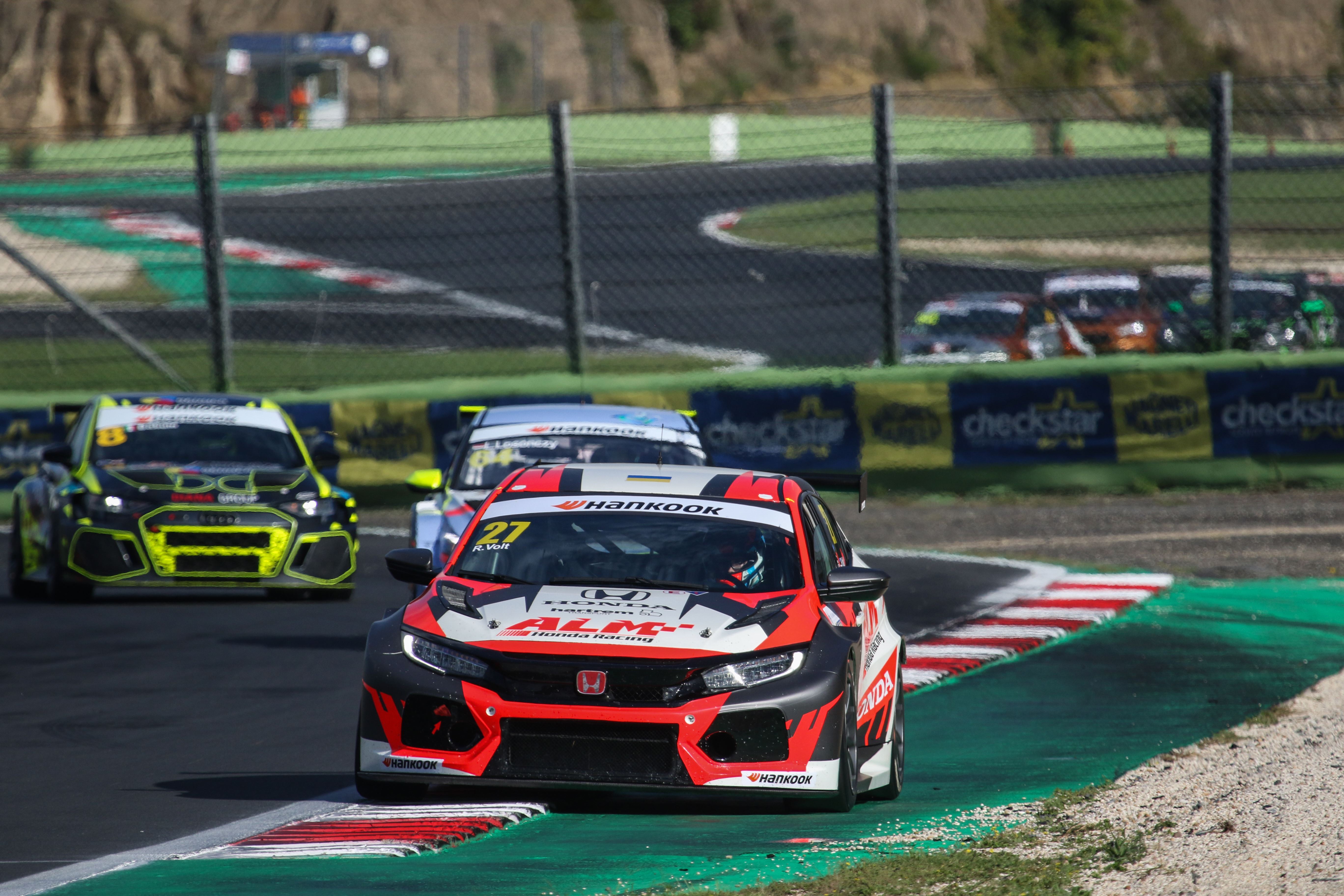 The Honda Civic Type R TCR claimed two more major titles last weekend on either side of the Atlantic thanks to some superb performances in Europe and South America.

Successes for JAS Motorsport Development Driver Ruben Volt in Italy and for Fabio Casagrande in Argentina took the Civic to seven championship crowns in 2022 and 62 in total for the car that debuted less than five years ago.

Incredibly ALM Honda Racing driver Ruben Volt - at 16, the youngest member of the JAS Driver Development Programme - had not won in the Under-25s class all season before last weekend's season finale at Vallelunga.

Despite this, consistent podium finishes left him second in the standings coming into the event and two superbly-taken category victories - which included third and second-place finishes overall on Sunday - were enough to make him champion.

It was the first TCR title to be won by a JAS Development Driver and the second in total after Erwin Zanotti's Italian GT Endurance crown from 2021.

Volt's path to glory was made easier when fellow JAS Development Driver Marco Iannotta - the U25 points leader ahead of the weekend with MM Motorsport - was eliminated from both races due to contact.

The third JAS DDP driver in the title fight - ALM's Mattias Vahtel - was on the U25 podium in both races with third and second places to seal the third spot in the class points.

MM's Carlo Tamburini - who clinched the Rookie Trophy two rounds ago - won that class in both races and finished fifth in the overall points; a place behind Volt, and sealed second in the U25s as well.

Paolo Rocca - debuting in the series for MM - retired from both races early on while Antti Rammo was another to retire from both races while running inside the top 10 for ALM.

The Squadra Martino driver, who won the recent series enduro at Rio Hondo outright, was on top of the class in the Argentinian capital, qualifying second and sprinting past his chief title rival in Race One to claim the spoils in sixth overall.

He made sure of the title in Race Two when said rival crashed on the penultimate lap, leaving Casagrande to take another win, this time with new team-mate Roy Block making it a one-two result for the Martino team to add to his third place in Race One.

Colo Rosso, in the third of the Civics, qualified on the front row and finished the opening race second but could not advance from ninth on Race Two's partially-reversed grid.

He heads to the season finale second in the points and needing to overcome a 43-point deficit to become champion.

Walter Hernandez was prevented from making his first start with the Civic Type R TCR when his Milanese Sport car suffered an engine issue in practice.

Tony D'Alberto scored three crucial top-six finishes at Sandown to ensure he heads to the season finale in November with a commanding Championship lead as he seeks to secure the Drivers' title.

The Honda Wall Racing driver was fourth in Saturday's opener and added another fourth and a fifth on Sunday as all three races were affected by barmy weather in Melbourne.

Zac Soutar, who heads the fight for the Privateers' Cup, scored another podium finish for Team Soutar Motorsport with third in Race One, was fifth in Race Two and remains in the hunt for the overall title in fifth spot overall. 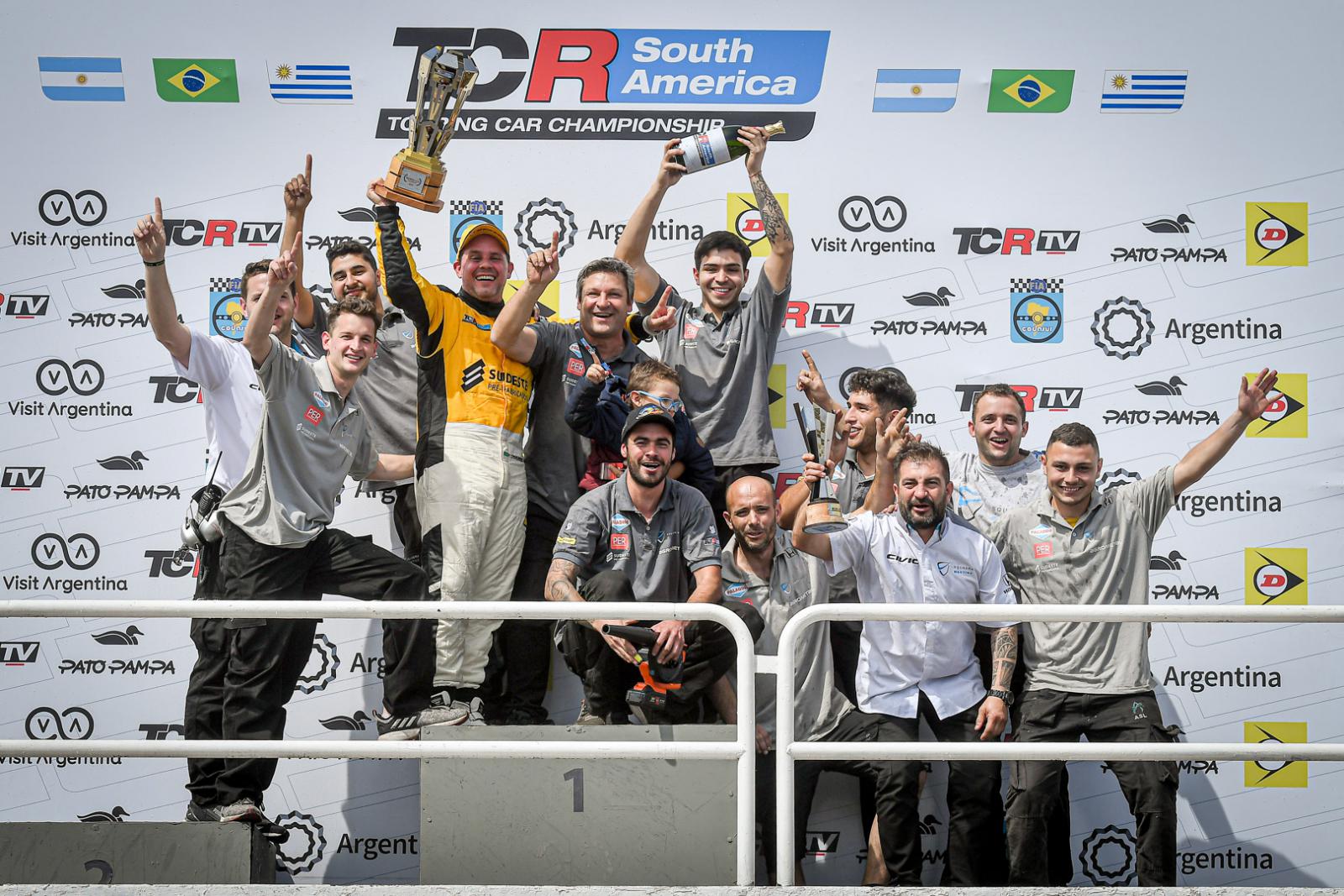