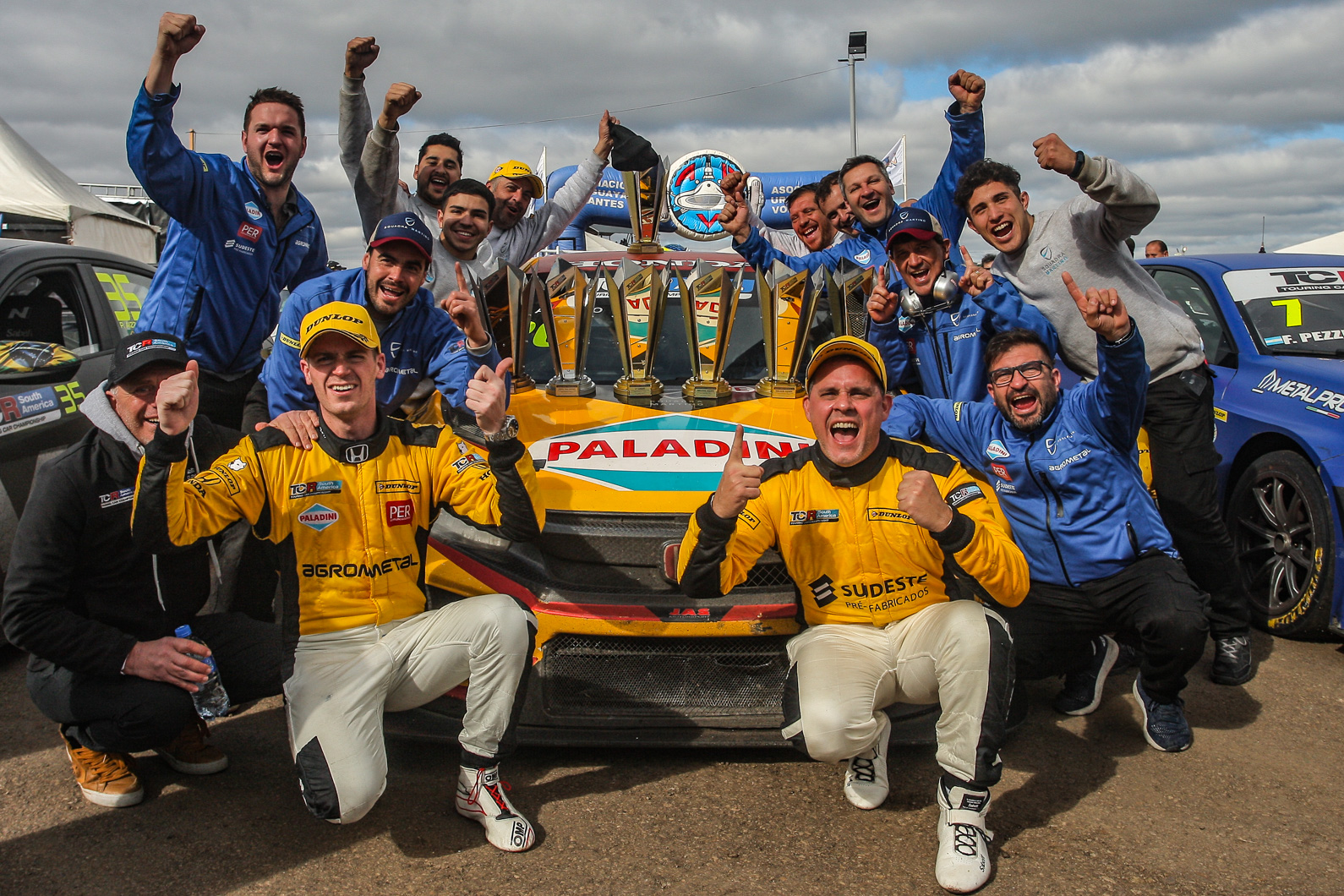 Drivers of the Honda Civic Type R TCR claimed a double win, three further class victories and a title success on a superb weekend for the JAS Motorsport-built racing car.

On the tight and twisty Rivera circuit in Uruguay, perfectly suited to the exceptional handling of the Civic, Squadra Martino's Colo Rosso utterly dominated proceedings.

The Argentinian topped a wet qualifying session and then dominated the opening race on a slightly damp circuit. It was his Race Two performance that will live long in the memory, however.

From 10th on the partially-reversed starting grid, he was quickly up to sixth and climbed to third before a late safety-car period looked set to end his victory chances.

Fortunately, the safety car returned to the pits with two laps remaining; just enough time for Rosso to sneak past the two cars ahead and claim the first Honda double in the series since Pepe Oriola at Interlagos last June.

Carlo Tamburini won the Civic Type R TCR's second title of the year by wrapping up the TCR Italy Rookie Championship with a double class win at Mugello.

The MM Motorsport driver was also victorious in the Under-25s category in Race Two, though it is JAS Development Driver Ruben Volt who now leads the standings with ALM Honda Racing team-mate Mattias Vahtel second in class in the race and Antti Rammo was 27th.

Race One was altogether tougher with all three ALM cars suffering punctures and only Rammo finishing. Tamburini and team-mate Manuel Bissa both had punctures of their own while JAS Development Driver Marco Iannotta was eighth in the final MM car.

All the Hondas were once again affected by poor top speed, dictated by the current TCR Balance of Performance (BoP), making them easy prey on Mugello's ultra-long main straight.

Chris Smiley closed in on the series lead and moved up to third in the standings with two ultra-consistent finishes at Oulton Park.

The Restart Racing driver qualified sixth and improved to fourth spot in the opener, despite the current BoP restricting the top speed of all Civics. He was fourth again in Race Two to record the third-highest points total of any driver across the weekend.

VGRT endured a frustrating race at Lime Rock Park with circumstances conspiring to deny the team a potential podium finish.

Victor Gonzalez Jr opted not to pit with the rest of the pack during a full-course caution that ended with 77 of the 120 minutes remaining, knowing it would not be possible to take on enough fuel to reach the end without an extremely long FCY later in the race.

He pitted to hand over to Karl Wittmer as the track went green with 70 minutes left, dropping a lap in the process, where he remained trapped until the dreaded extremely long caution happened.

Not only did this provide enough slow-speed running to help the early pitters reach the flag without a second ‘splash and dash’ stop, but Wittmer was penalised 1m51s for the #99 car’s earlier stop being under the mandatory time limit. The duo finished 11th. 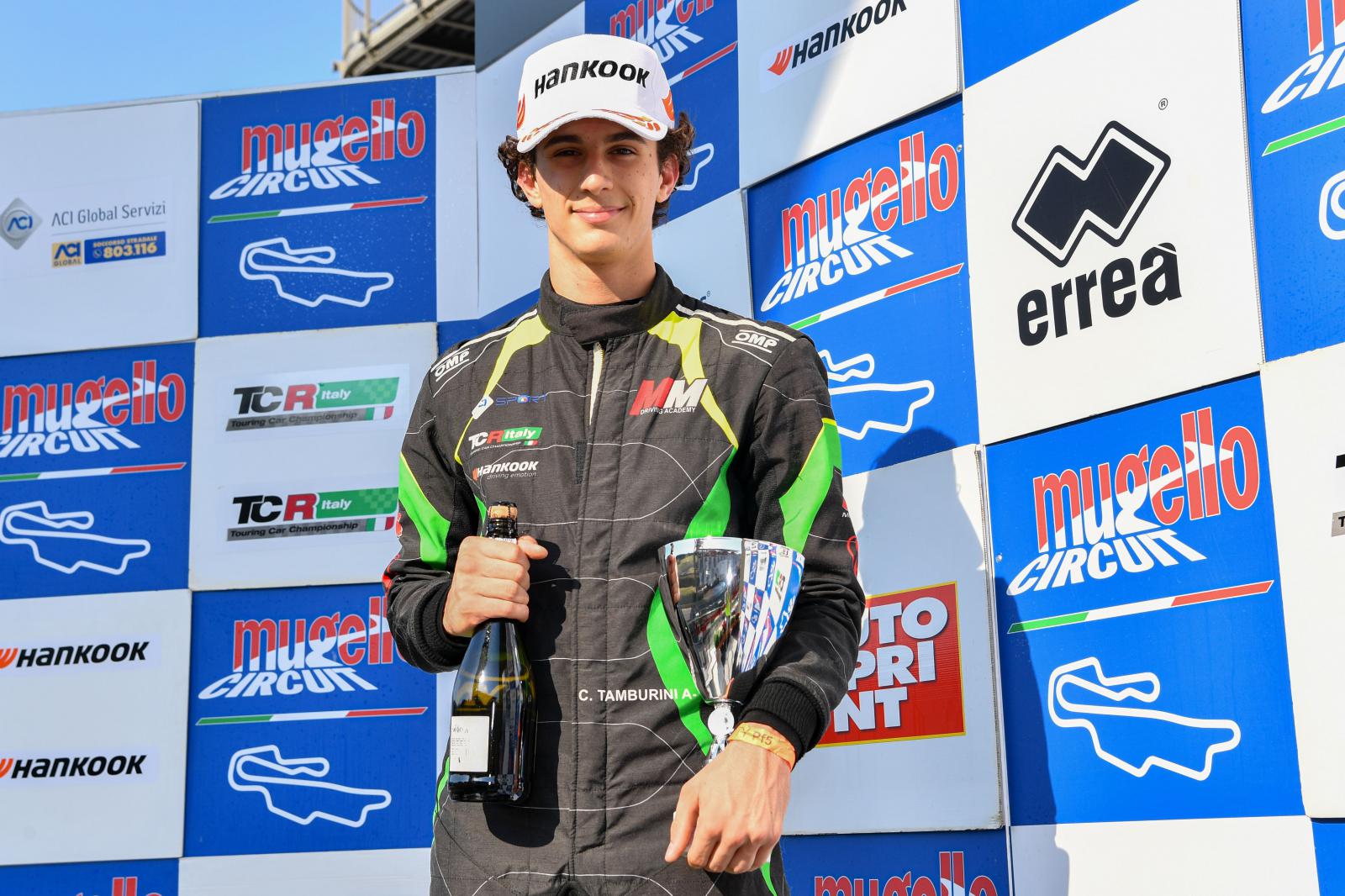