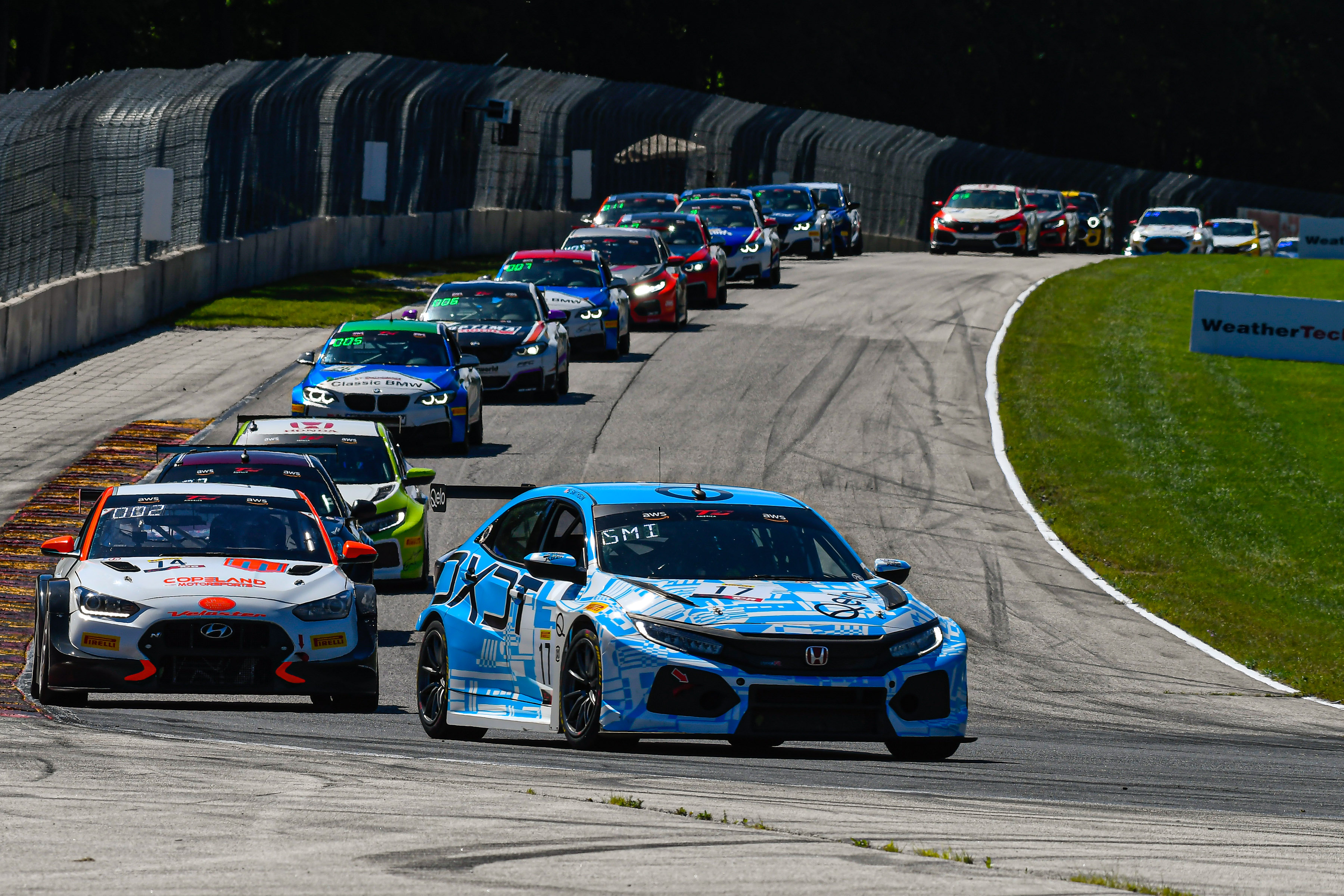 Scott Smithson and DXDT Racing became TC America race winners at Road America last Saturday with a double victory for the Honda Civic Type R TCR, while Drago Corse driver Rio Shimono made history in Japan with two successes of her own.

Smithson hit the front at three-quarters distance in Race Two at the circuit near Elkhart Lake when long-time leader Victor Gonzalez Jr suffered a puncture on his VGMC Racing Civic.

He then defeated the Puerto Rican in a straight fight in Sunday's finale to complete a double victory.

They were second and third in Race One; Smithson moving up to third place in the Drivers' Championship, one place behind Gonzalez. DXDT are second in the Teams' title race, one place ahead of VGMC.

CJ Moses, whose Crowdstrike Racing machine is also run by DXDT, equalled his career-best result with third in Race Two while Olivia Askew - also of DXDT - was fourth in Race One.

Rio Shimono made TCR Japan history at Motegi as she led a one-two finish for Civic Type R TCRs in the bronze class in both races.

The Drago Corse driver's Race One win - which was also in third place overall - made her the first woman to stand on the podium in the series.

She repeated the result on Sunday with Zenyaku Kogyo by G/Motion Racing's Resshu Shioya second in class and fourth overall each time. Shimono leads both the Saturday and Sunday Series' bronze points with Drago and G/Motion third and fourth in the entrants' points.

JAS Motorsport Development Driver Jacopo Guidetti made a highly-impressive return to TCR Italy at Imola. The 17-year-old qualified his MM Motorsport Civic second and then finished fourth in both races, the second of which was held in wet conditions.

Team-mates Alessio Giardelli and Max Mugelli scored best results of 12th and 15th while BD Racing's Federico Paolino was 16th in Race One.

M&S Racing looked to have secured the first title success of 2020 for the Honda Civic Type R by sealing the Canadian Touring Car Championship Teams' crown at Calabogie on Sunday.

A pair of fourth-place finishes for 2019 Drivers' title winner Gary Kwok appeared to have settled things, but his disqualification from proceedings several hours after the race dropped the team to second place in the standings.

Kwok, who entered the final weekend as one of five contenders for the drivers title, finished eighth in the overall rankings. His team-mate Tom Kwok was seventh in each race to seal sixth place in the points.

Mattias Andersson scorched from the back row to finish fifth in the third and final race of the Scandinavian Touring Car Championship weekend at Skelleftea, Sweden.

The Honda Racing Sweden driver, whose car is run by his own MA:GP team, had qualified seventh for Race One and finished there, but could not start Race Two due to suspension damage. He's seventh in the Championship with two rounds left. 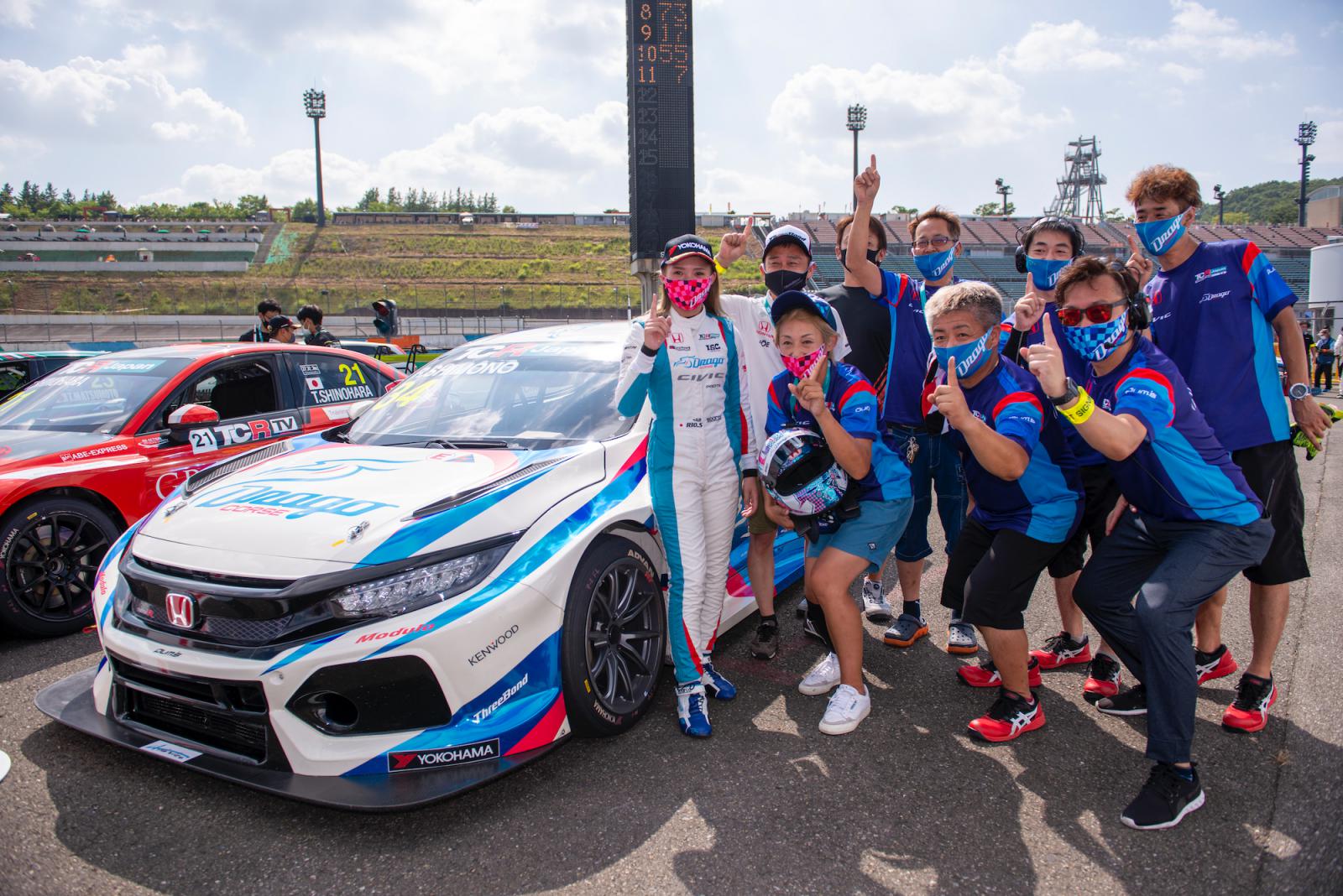