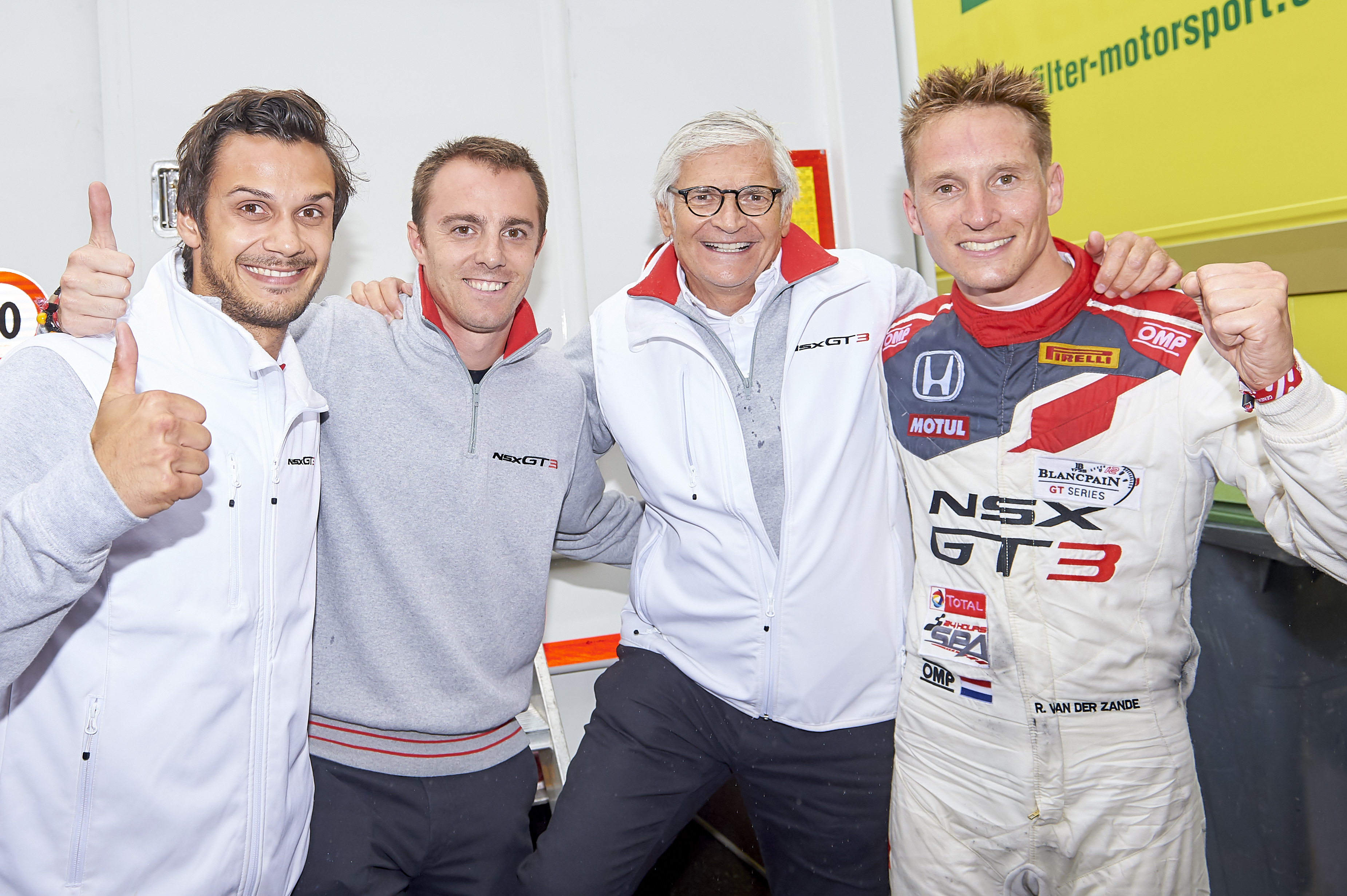 Honda Racing have today announced the four drivers that will contest the Intercontinental GT Challenge in 2020 with Honda Racing Team JAS and the NSX GT3 Evo.

Bertrand Baguette, Dane Cameron, Mario Farnbacher and Renger van der Zande will all race the single car in the pro category of the five-round series, which begins with the Bathurst 12 Hour on February 2.

Baguette, 33, from Belgium, has been a Honda Racing driver since 2014; winning Super GT races outright in Japan, racing the NSX GT3 in 2018 and being the only ever-present in the IntGTC line-up last year.

Farnbacher, 27, claimed the biggest title of his career by claiming the IMSA GTD crown in North America last year driving an NSX GT3 Evo, and the German also drove the car in three IntGTC races; claiming pole position on the cars series debut at Laguna Seca.

Dutchman van der Zande, 33, claimed victory in one of the world’s biggest endurance races, the 24 Hours of Daytona, in 2019 and was part of Honda’s IntGTC line-up at the Laguna Seca and Spa races.

Van der Zande, Cameron and Farnbacher will be behind the wheel for the Bathurst 12 Hours with Bertrand set to come into the line-up for the 24 Hours of Spa in July.

The NSX GT3 Evo enjoyed a superb maiden year of competition in 2019, recording eight major titles in North America, Europe and Japan with a variety of customer teams.

Its first race as an IntGTC entrant – the California 8 Hour at Laguna Seca – brought about a pole position while a top-six finish was achieved at the showpiece race of the season at Spa.

The 2020 Intercontinental GT Challenge comprises five events. Following Bathurst there is a five-month gap, to be followed by Spa, Suzuka, the new Indianapolis 8 Hour in October and the season finale at Kyalami, South Africa.

Bertrand Baguette said: “It’s my seventh year as a Honda Racing driver and a privilege to again be selected for the IntGTC programme alongside my full season in SuperGT. In 2019 we made huge progress with the NSX GT3 Evo and by the last race in South Africa, we had the consistent dry pace that I think would have put us in the running for pole position or maybe even more. We start the new year in a much better shape car-wise than in 2019, with a lot of the unknowns now known. The driver line-up is very strong and I can’t wait to have my first race of the season at the 24 Hours of Spa.”

Dane Cameron said: “After such a great year in North America, I was honoured to be asked to represent Honda at the last race of the 2019 IntGTC, and now am even more so to have a larger programme with the NSX GT3 Evo in the series 2020. The speed we had at Kyalami was among the very best and if we can start with the same level of performance in Australia, I think we’re in for a strong season. The track action at Bathurst starts less than five days after the end of the 24 Hours of Daytona, so it’s going to be a very busy time for me, but I’m looking forward to the challenge.”

Mario Farnbacher said: “I’m extremely proud to be chosen to represent Honda in the Intercontinental GT Challenge again. We had some highs and lows in 2019, but being able to contest a full season should help us continue to move forwards with the NSX GT3 Evo, which has proven itself capable of being right up there with the fastest GT3 cars in the world. To be starting at one of the world’s greatest circuits, Bathurst, is hugely exciting and I can’t wait to get on-track in Australia.”

Renger van der Zande said: “I’m very pleased to be a part of the Honda programme again for the Intercontinental GT Challenge. The level of competition in this series between teams, brands and drivers is intense and challenging. At Spa last year there were nearly 30 cars within one second in qualifying, which means that the whole team did a great job with a new version of the NSX GT3 in 2019 to make the progress it did, and we’re now in a position to build on that and take the next step forwards. I did the Bathurst 12 Hours in 2016 and it’s an incredible circuit that I can’t wait to get back to at the end of the month.” 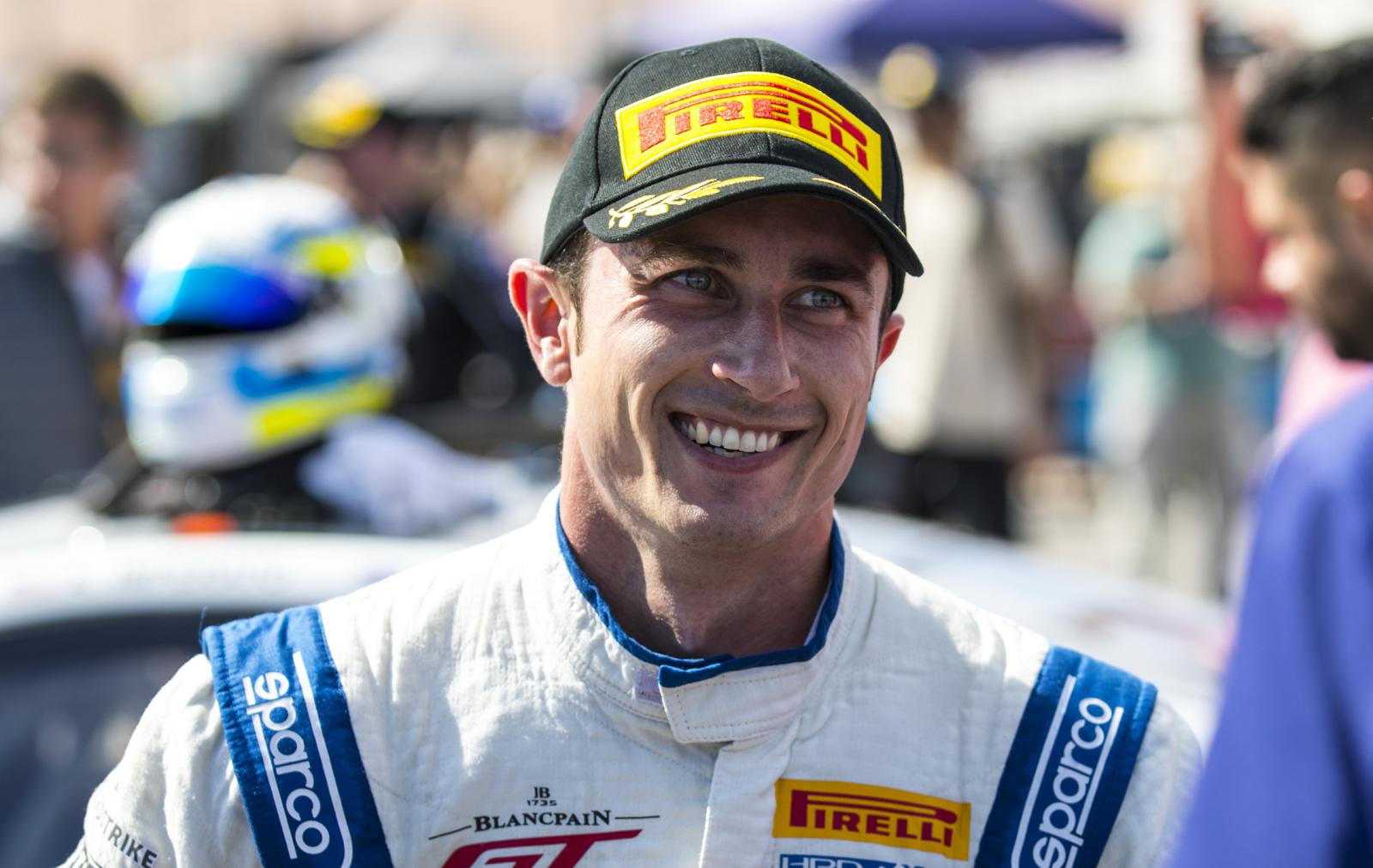