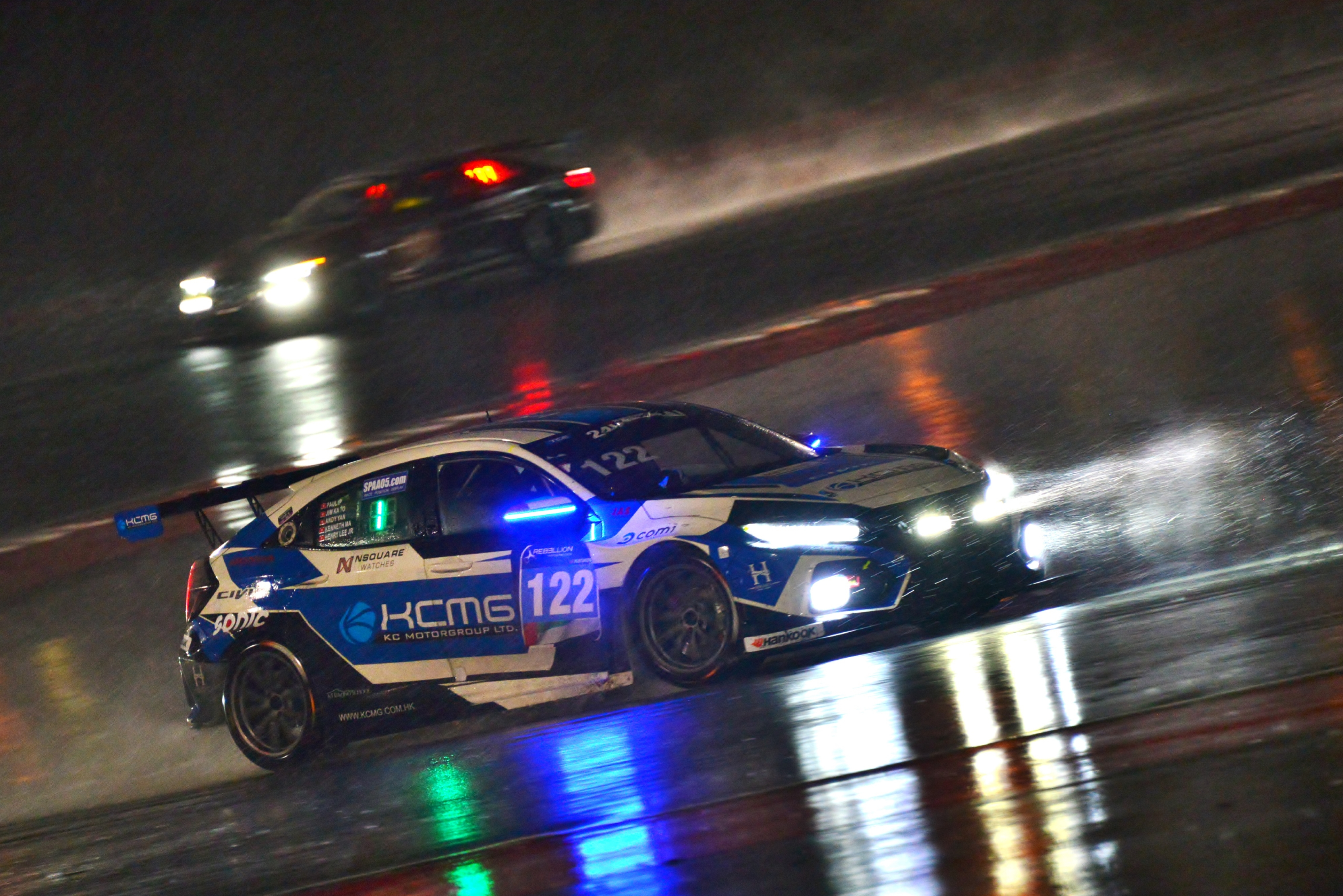 The first race of 2020 for the Honda Civic Type R TCR brought a landmark achievement for the car as KCMG claimed its maiden fastest-lap award in the 24H Series.

The Dubai 24 Hours, held at the Dubai Autodrome, marked the two-year anniversary of the JAS Motorsport-built car, which is based on the current Civic Type R road car.

Returning to Dubai after an unlucky 2019 event were KCMG’s Andy Yan, Jim Ka To, Paul Ip, Henry Lee Jr and Kenneth Ma; the quintet setting the pace in the TCR class in both free-practice session, but encountering heavy traffic in qualifying and starting seventh.

Avoiding a first-corner incident that involved several cars, Ip instantly moved up to third, but had to pit inside the first half-hour to have a cracked water hose replaced at a cost of six laps once a full damage inspection of the engine bay had been completed.

Rejoining 13th in TCR and 62nd overall, the crew set about an heroic fightback as conditions varied between dry and damp as light rain fell on several occasions and made tyre choice a lottery.

With Yan setting TCR’s fastest lap – more than 1.5 seconds clear of the next-fastest car, and Ka To only fractionally behind with his best marker – the Civic was up to 10th in TCR and 46th overall by the time heavy rain hit and the race was stopped just past the seven-hour mark.

With the track flooded in several key areas, organisers abandoned the race and declared the results with less than a third of the expected time completed.

While this prevented any further progress that could have brought KCMG towards the podium, it did help the current version of the Civic Type R TCR secure its best finish to date in the 24H Series.

Mads Fischer, JAS Motorsport TCR Project Leader said: “The Dubai 24 Hours is a gruelling event, but KCMG were looking very good for a strong result, as the speed of their fastest drivers was significantly ahead of every other car. I’m so sorry for the team, who suffered an issue with water hose that was in no way down to them and something we take full responsibility for. The performance has been incredibly encouraging and we know they’ll be victory contenders next time.” 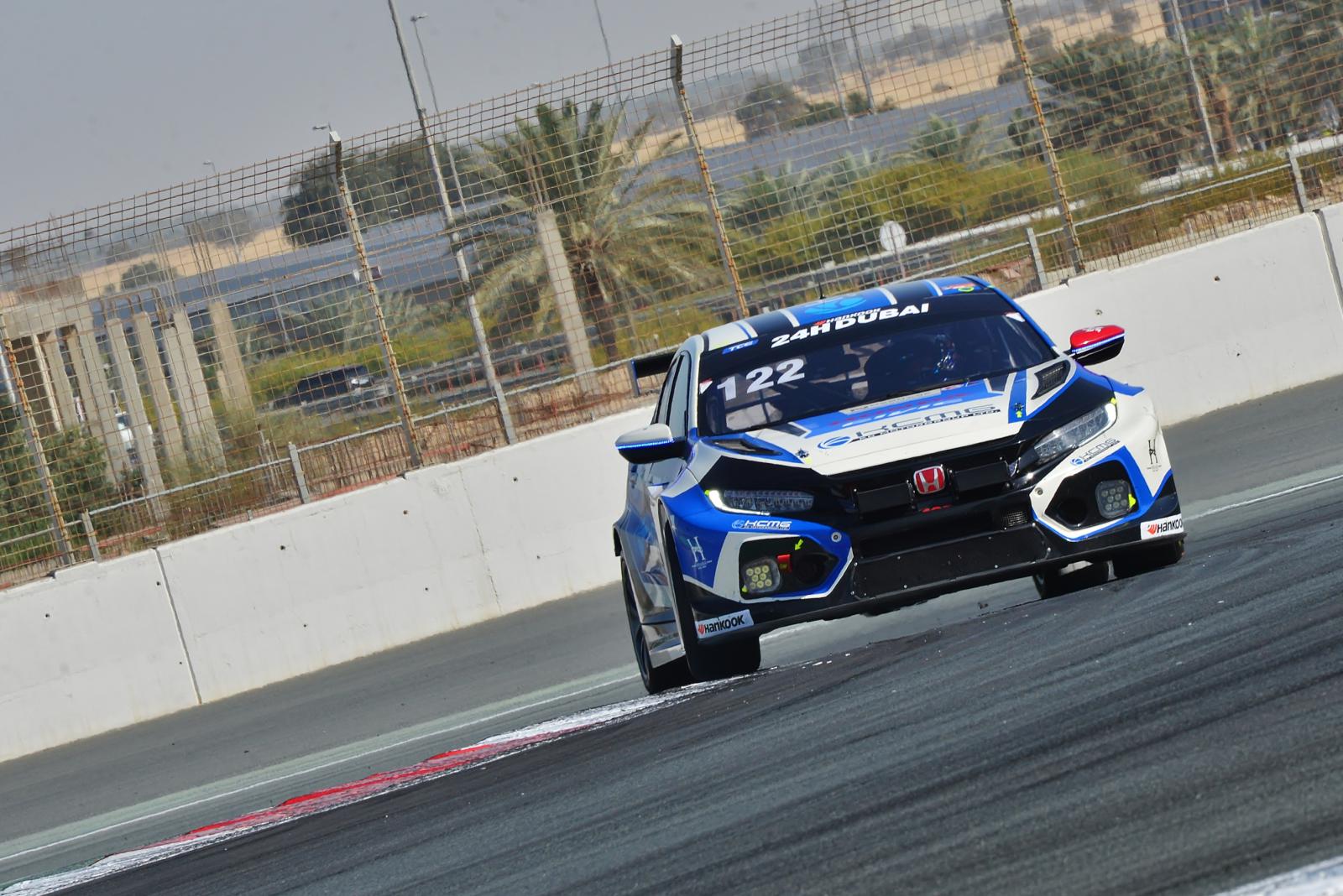