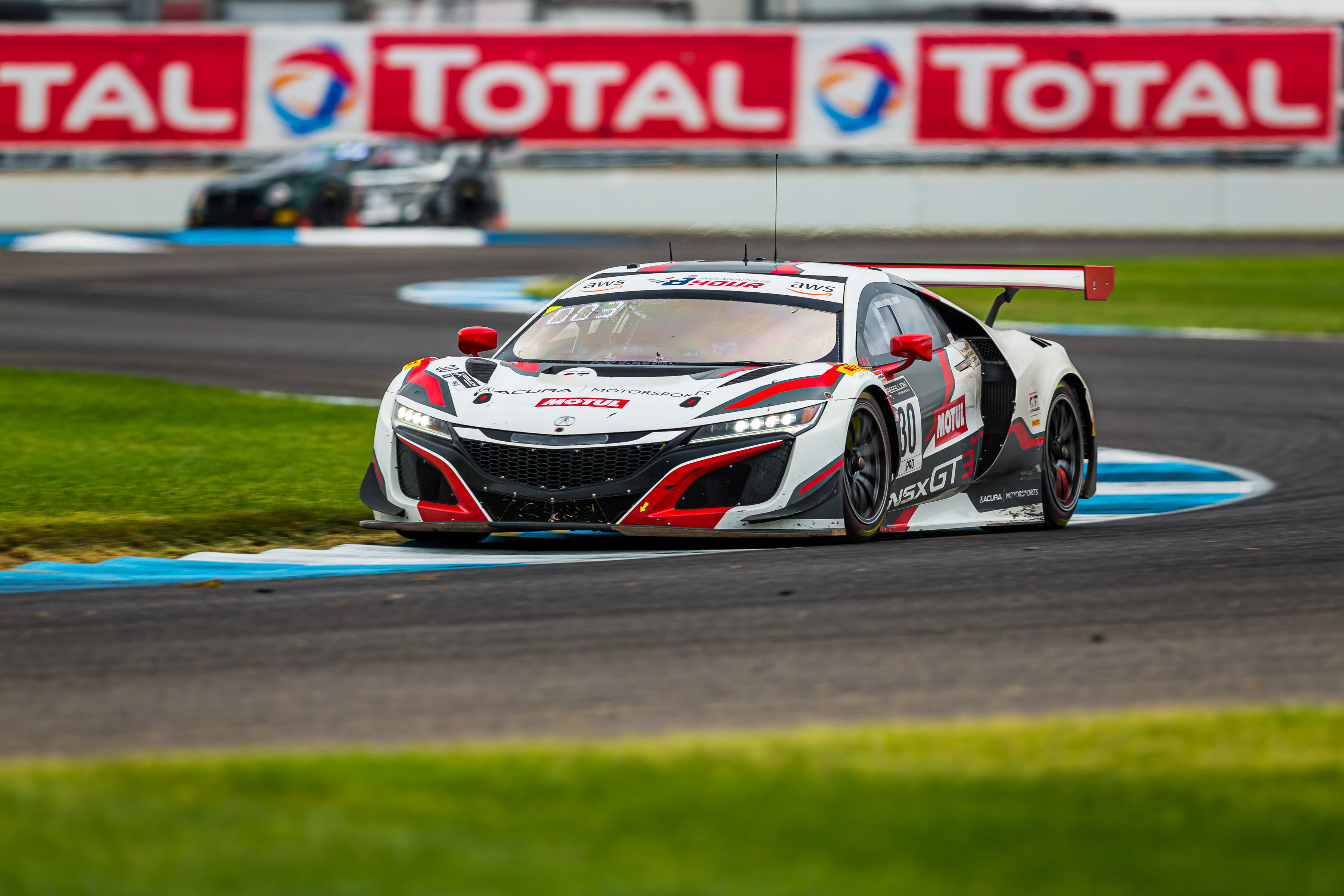 It was JAS Motorsport-run Team Honda Racing who scored the all-important podium result with third place at the inaugural running of the Indianapolis 8 Hour after showing strong pace all weekend.

Dane Cameron started second and braved heavy rain during his opening stint to lead for much of it, but a sudden second shower, just after the team had switched to slick tyres on a previously drying track, dropped co-driver Mario Farnbacher to eighth.

Farnbacher, Renger van der Zande and Cameron worked together superbly to make up ground and had closed to within 10 seconds of the lead when a minor electrical issue at a pitstop cost the team over a minute and dropped them off the lead lap.

Running a solid pace to the finish, van der Zande crossed the line to score the landmark result.

US team Racers’ Edge Motorsport finished seventh with Trent Hindman, Shelby Blackstock and Robert Megennis at the wheel of their NSX GT3 Evo; the crew twice suffering left-rear punctures and losing several laps nursing the car back to the pits.

There was celebration for Blackstock and Hindman, however. By completing the third hour in third place of the GT World Challenge America teams entered, they secured the overall Teams' and Drivers' titles for the US series and made Acura Manufacturers' Champions.

Toshiki Oyu and Shinichi Takagi stormed back into contention for ARTA's second-straight GT300 title with a season's-best second-place finish in Super GT at Fuji.

With NSX GT3 Evo crews all suffering from 45kg success handicap, the ARTA pair started 11th, but the pair charged forwards and dramatically snatched second on the final lap.

They are fifth in the standings, just 16 points off the lead with three races to go.

Drago Corse's Ryo Michigami and Jake Parsons tore through the field from 23rd to 10th before Parsons was spun by a GT500 car with five minutes to go and finished 13th. Team UPGARAGE pair Kosuke Matsuura and Takashi Kobayashi qualified and finished 18th.

All five cars were competing as part of the NSX GT3 Customer Racing Programme; a global collaborative project with JAS Motorsport responsible for assembly of all cars.

Alessandro Mariani, Team Principal, said: "It's extremely satisfying to score the first IGTC podium finish for the NSX GT3 Evo, but at the same time disappointing that a small technical issue denied us the chance to fight for the win right to the chequered flag. The team and the drivers did a fantastic job and we've been in the top three whatever the conditions. We've made a massive step forward in pace since the last race at Bathurst and for this we must thank Honda Performance Development and RealTime Racing for the precious co-operation. The NSX GT3 Evo has been a collaborative effort right from the start of the project and it's very nice to share this result with these guys." 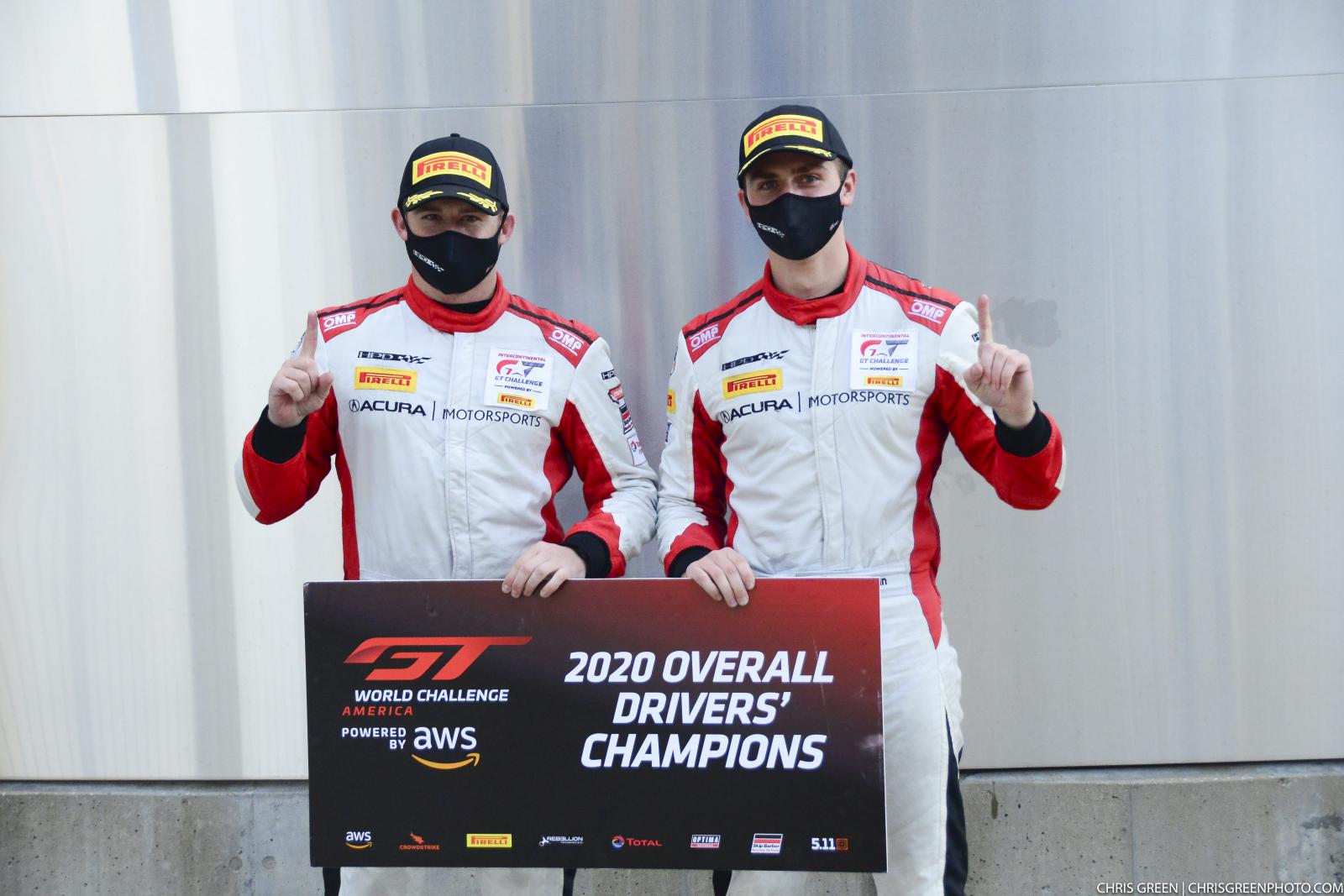