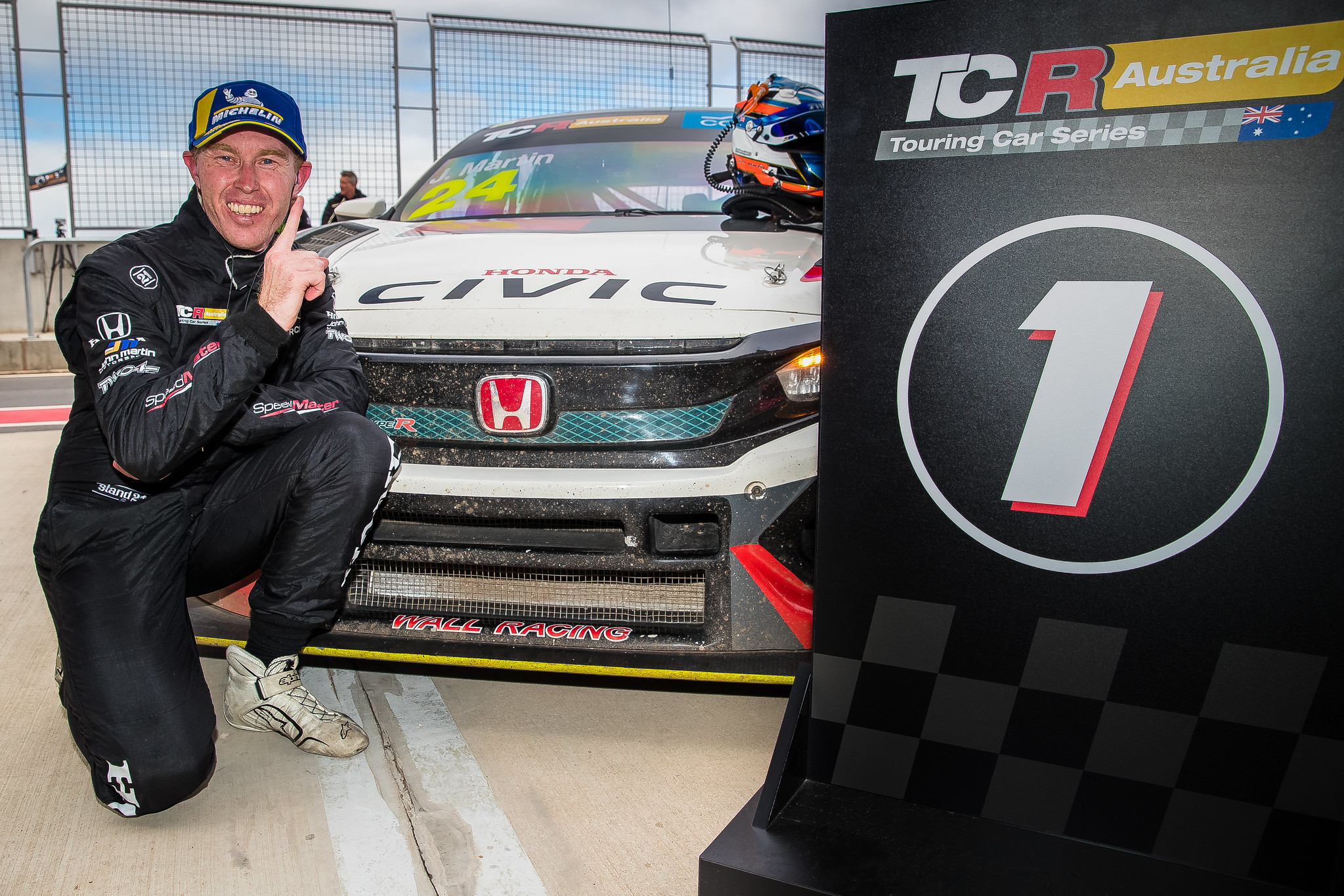 John Martin claimed the first TCR Australia victory for the Honda Civic Type R TCR while Yu Kanamaru was a double-winner on a superb weekend in TCR Japan.

Martin, third and fourth in the other races, grabbed the lead halfway through the finale at The Bend Motorsport Park and gave Wall Racing a maiden TCR Australia victory with the JAS Motorsport-built car.

Team-mate Tony D’Alberto was 13th, ninth and seventh to maintain fourth place in the championship standings.

Jordan Cox enjoyed a sensational TCR debut in an expanded three-car Wall line-up. Fastest in a wet opening practice session, he finished in the top six in all three races with a best-ever fourth spot in Race Three.

Yu Kanamaru sensationally won a wet Fuji TCR Japan opener from the back row of the grid. The Team Goh Models driver hit the front just beyond half-distance and pulled away for a nine-second victory.

His Race-Two win, which also put him at the head of the Sunday Series standings, was more straightforward from pole position.

KCMG's Matt Howson maintained his lead of the Saturday Series with sixth place in Race One, but retired early in Race Two. Team-mates Yukinori Taniguchi and Paul Ip each took a third-place finish in the Gentleman category. Resshu Shioya was 10th in Race Two for G/Motion.

Giacon, who was a first-lap retiree in Race One after taking pole position, sensationally climbed from 13th on the Race Two grid to rob Guastamacchia of the lead with just under a third of the race to go as they lapped a backmarker.

Samuele Piccin was fourth, one place lower than his co-driver Alessio Aiello had finished in Race One.

Daniel Lloyd scored his and Brutal Fish Racing's maiden TCR Europe podium with a sensational move on the last lap to secure third place at the Red Bull Ring, Austria. The reigning TCR UK champion had qualified a career-best fifth earlier in the day.

Tom Coronel led all but the final lap-and-a-half of Race Two and finished third on the road, but the Dutchman was penalised 30 seconds as the Boutsen Ginion Racing team had worked on the car after the five-minute board had been shown on the grid. He was 18th.

The series veteran, whose car is run by his own MA:GP team, resisted intense pressure to secure the result in Race Two, having earlier done exactly the same on his way to fourth. The results put him sixth in the points.

The VGMC driver snatched fourth spot on the final lap of Race One and had climbed from ninth to sixth in Race Two when a red flag - after which the race was not restarted - prevented him from progressing further.

There was a new team in TCR Russia as the series moved on to the Kazan Ring. Anton Nemkin and Motor Sharks took over the Civic Type R TCR previously driven by Oleg Kharuk and run by Neva Motorsports.

Nemkin qualified fourth in the Cup class and finished there in Race One with a strong drive. He was a non-finisher in Race Two after being hit hard by a rival on the start line. 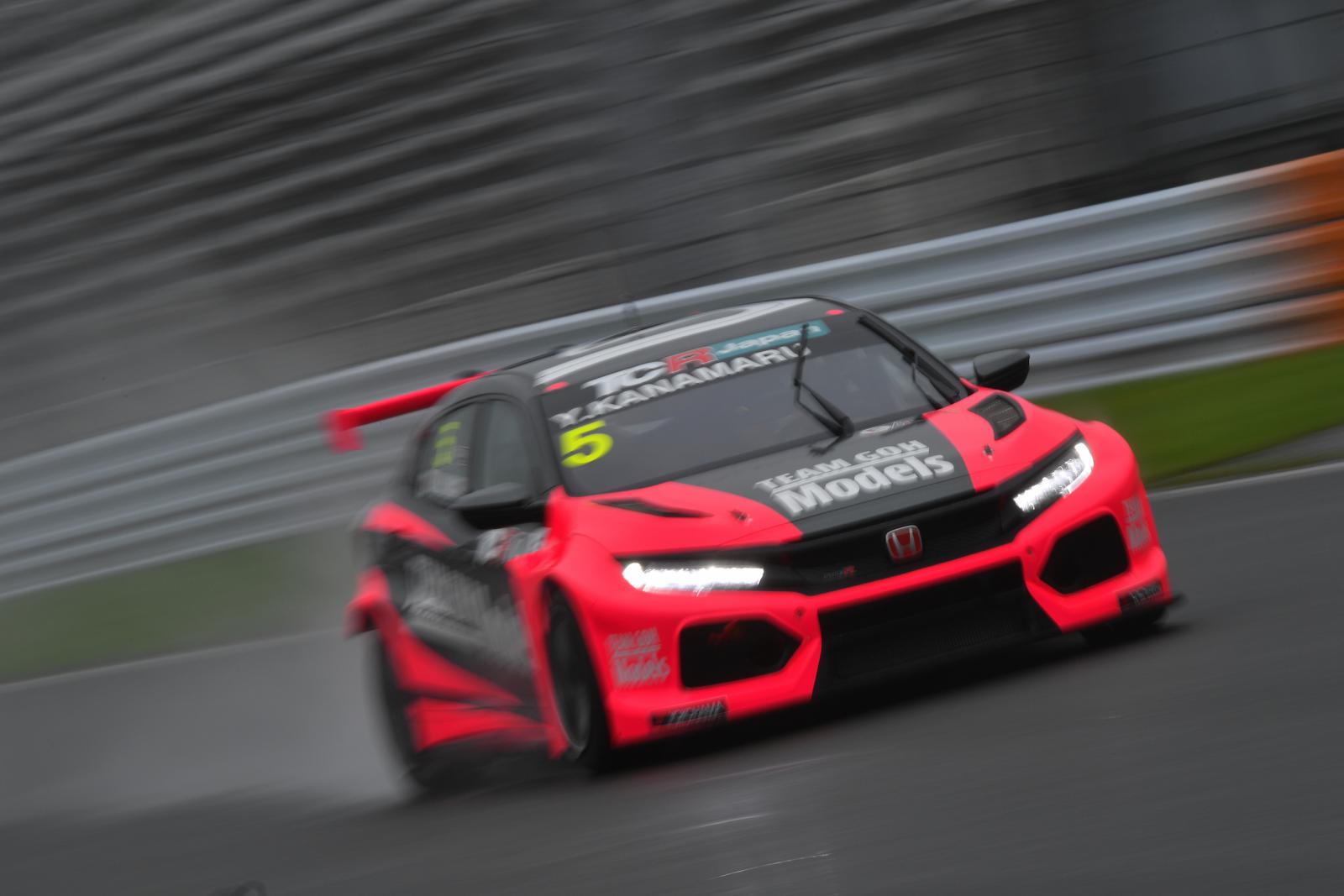