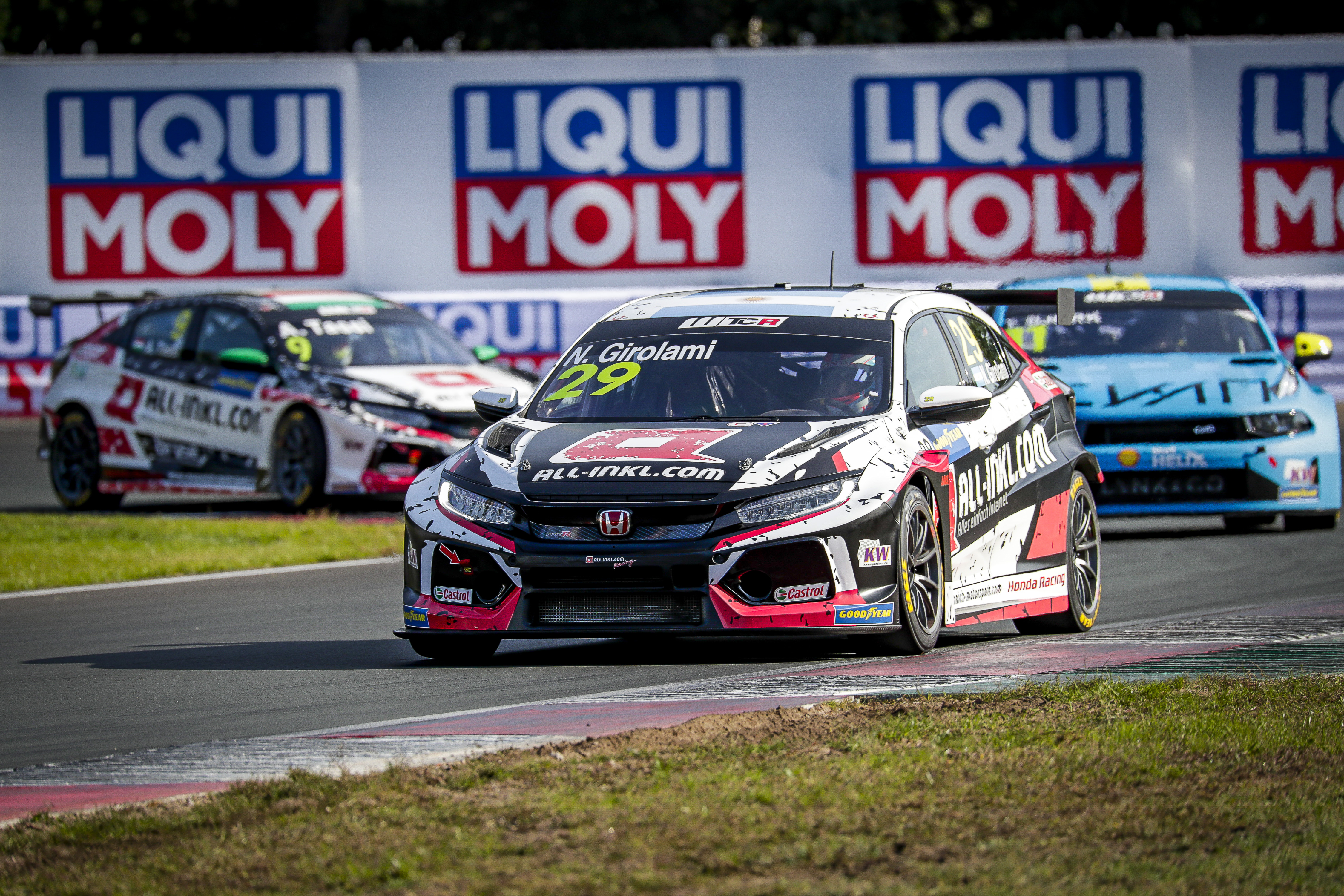 Victory for Nestor Girolami in the opening WTCR – FIA World Touring Car Cup race of the season was the highlight of a superb weekend that featured five wins for the Honda Civic Type R TCR and a history-making result.

Girolami stormed to a convincing win at Zolder from pole position, leading every lap for ALL-INKL.COM Munnich Motorsport. The Argentinian climbed from 10th to fifth in Race Two to leave the circuit second in the Drivers' points.

Esteban Guerrieri and Tiago Monteiro retired from Race One after sharp stones punctured their radiator guards and radiators themselves, causing engine damage on both cars. With fresh powerplants installed for Race Two, the pair charged from the back of the grid to finish 13th and 19th.

Michelle Halder made history by becoming the first female winner of a TCR Europe race; the Profi-Car Team Halder driver taking the lead at the start of Race Two and leading home Daniel Lloyd in a one-two finish for Civic Type R TCR drivers for a second straight event.

In finishing second, Brutal Fish Racing driver Lloyd maintained his Drivers' Championship lead in front of Mike Halder, who had been second in Race One and fourth on Sunday in the second of his family-run cars.

Martin Ryba scored his best-ever finish in sixth in Race One, also winning the Diamond category of the Rookies' Trophy, while Pepe Oriola recovered from being spun to the tail of the field on the first lap of Race One to finish 10th and added seventh place on Sunday.

Davide Nardilli turned in the performance of the weekend as he won the second Coppa Italia Turismo race at Vallelunga from 18th on the grid with a stunning drive (below).

He passed the BD Racing Civic Type R TCR of Federico Paolini with a couple of laps to go and led an all-Honda podium with his team-mate Luigi Bamonte third.

MM's Alessio Aiello won Race One after Nardilli - who had been first across the finish line - was penalised 25 seconds for passing behind the safety car and fell to 18th.

The first success of the weekend came in New Zealand as Jordan Michels kicked off the defence of his South Island Endurance Series title superbly at Teretonga.

Michels put his Team Williams Racing Civic, which is run by Evolution Motorsport, on Class B pole position and dominated proceedings in the one-hour race to assume an early points lead.

Mads Fischer, JAS Motorsport TCR Project Leader, said: "It's been a fantastic weekend for our customer racing teams across the world, but the start of the WTCR season really makes it feel like motorsport is truly back in a big way. There's a new ECU specified in the WTCR this year, which has created a massive amount of work for our engineers, and they’ve done a great job. Technically, the balance between the cars still needs a little work, but it’s been quite a good start. I have to say a huge congratulations to the ALL-INKL team to get four cars on the grid during a strange year and to the JAS guys, who have worked through COVID to make sure everyone has enough spare parts and cars.&rp> 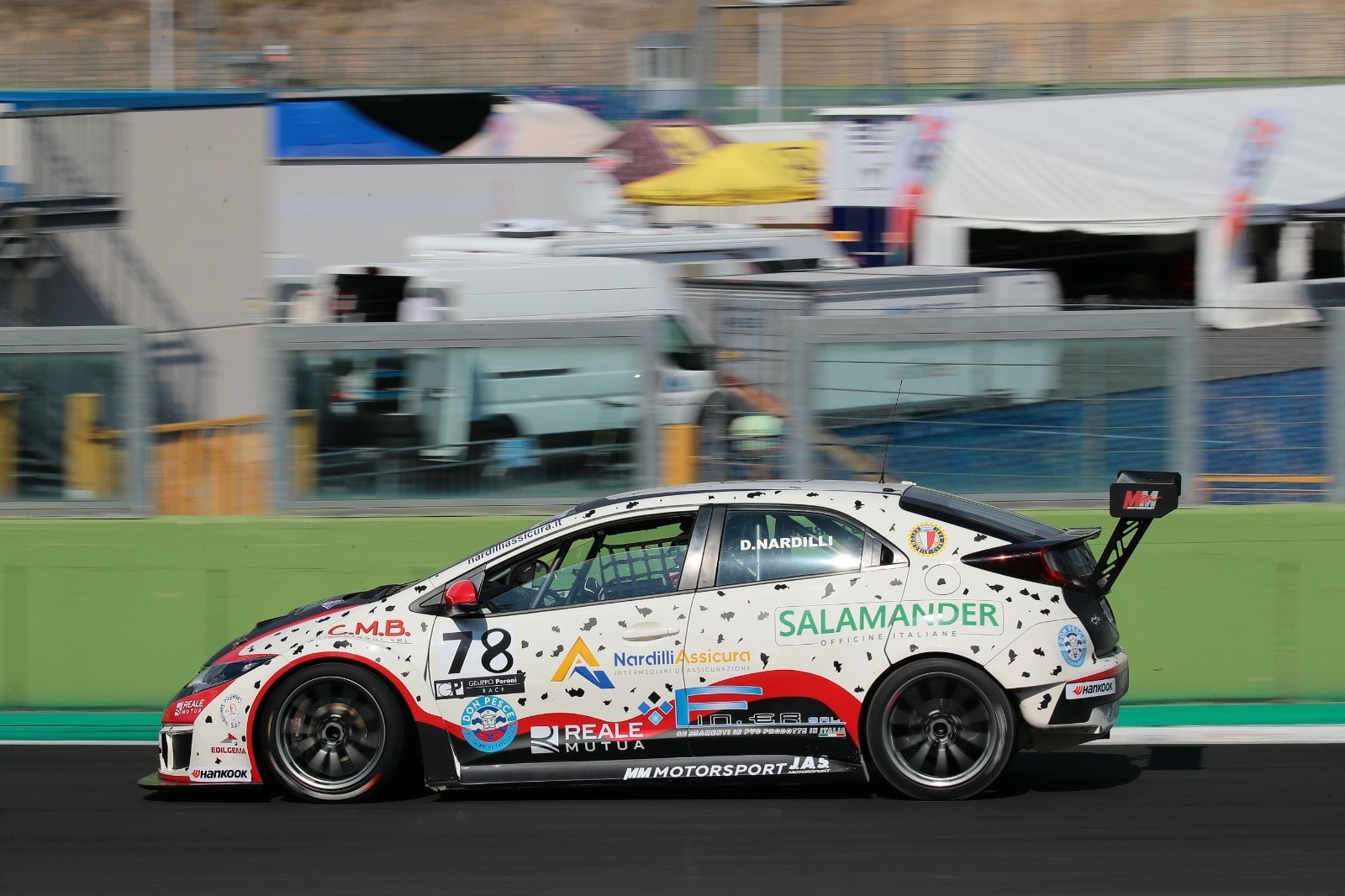