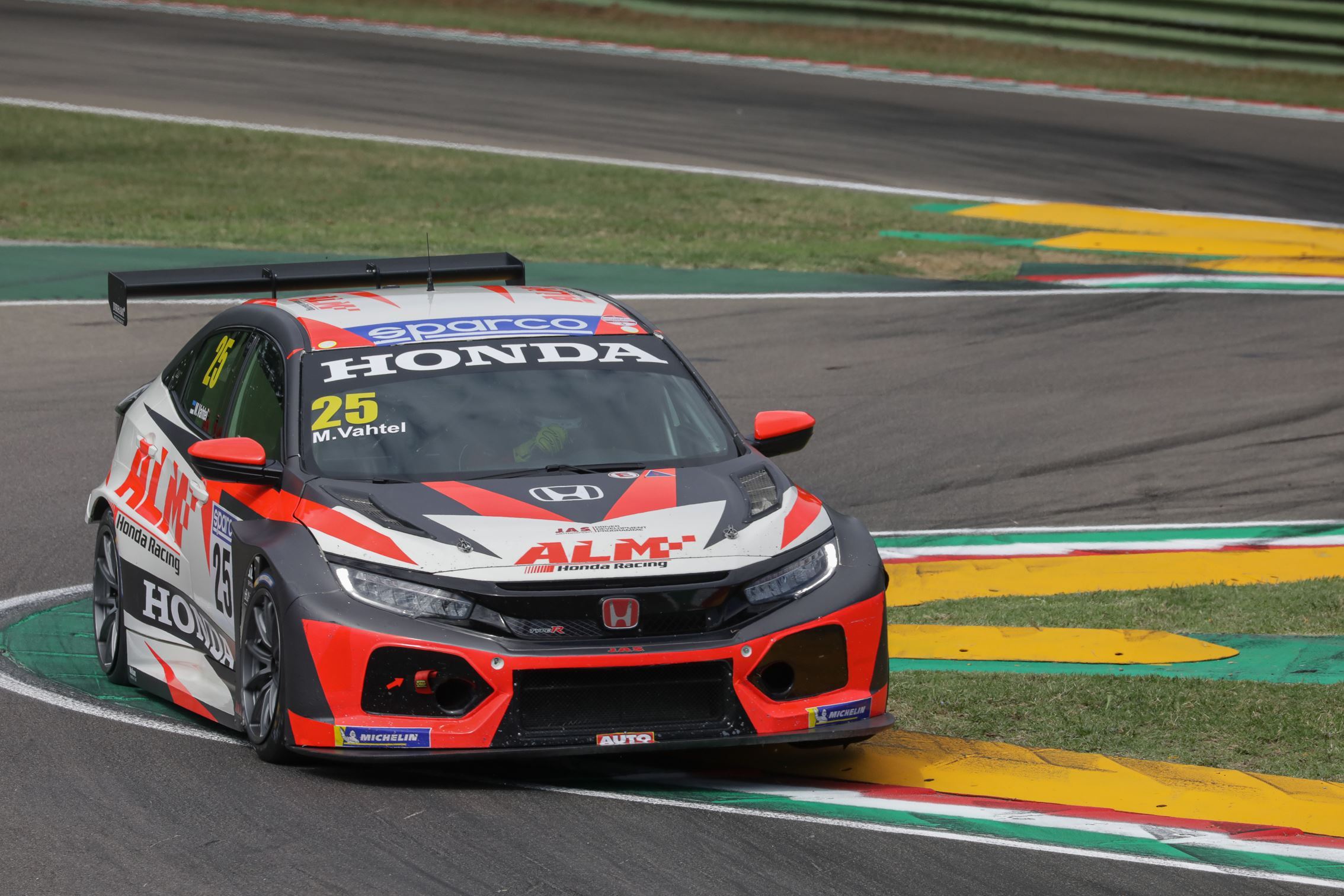 Four more hard-fought podium finishes, a handful of class wins and a maiden pole position for a talented teenager were the highlights of yet another successful weekend of racing for Honda Civic Type R TCR customer teams in Europe.

JAS Motorsport Development Mattias Vahtel scored his first podium finish in the series with a charging drive to second place at Imola on Sunday.

The ALM Honda Racing driver was in contention for victory throughout Race Two - which was affected by three safety-car periods in just 30 minutes - and deservedly claimed the runner-up spot, plus victory in the under-25s division.

The result was doubly spectacular as after finishing seventh on Saturday, Mattias had spent time in the circuit medical centre due to feeling sick.

Team-mate Ruben Volt became the youngest driver in the history of the series - aged just 16 - to qualify on the front row. He finished sixth in Race One, but was eliminated on Sunday when first-lap contact from a rival broke his steering arm.

Another teenager - MM Motorsport’s Marco Iannotta - made a big impression too. After qualifying 14th and then finishing 10th on Saturday, he moved up to an incredible sixth in Sunday’s race in his Civic.

Franco Girolami kept up his push for the title with a pair of hard-fought second-place finishes at the Nurburgring, Germany.

Despite the combination of the TCR Balance of Performance and the series’ compensation-weight rules being firmly against the JAS Motorsport-built Honda at present, the Argentinian was in magnificent form to qualify on the front row for Saturday’s opener.

After leading for the majority of the race, he lost the advantage early on the last lap and settled for second, but a charging drive from ninth on the grid to the runner-up spot on Sunday kept him second in the Drivers’ standings.

JAS Development Driver Jack Young started from pole position on Sunday and battled the clear performance limitations of the weight he was carrying to finish third - his second podium of the season.

His 17-year-old Brutal Fish Racing Team-mate Isidro Callejas had caused a shock by qualifying on pole position on Saturday morning.

But after being punted off the circuit on the opening lap, he had to settle for seventh and the Rookie Trophy win plus 10th on Sunday.

Callejas can wrap up the Rookie Trophy for 2021 in the next race at Monza by simply finishing ahead of his nearest rival while Young has now bounced right back into contention for not only the Junior title, but also the overall TCR Europe Trophy.

Brutal Fish’s Martin Ryba won the Diamond Trophy in Race 1 with PSS’s Viktor Davidovski taking Race 2, despite twice being half-spun by rivals. Ryba is just four points ahead of his North Macedonian rival in the chase for the title with four races left.

Mads Fischer, JAS Motorsport TCR Project Leader, said: “In Mattias and Jack we’ve seen podium finishes this weekend for two members of the JAS Motorsport Driver Development Programme on the same day that we’ve also achieved victories in GT3 racing with two further DDP members. It validates the all-round education we’re providing the young drivers to aid their development on and off the track and turn them into fully-professional racers. I also have to send my personal congratulations to Riccardo Incarbone and Marco Bonanomi, who have really created the programme and worked so hard with the drivers.” 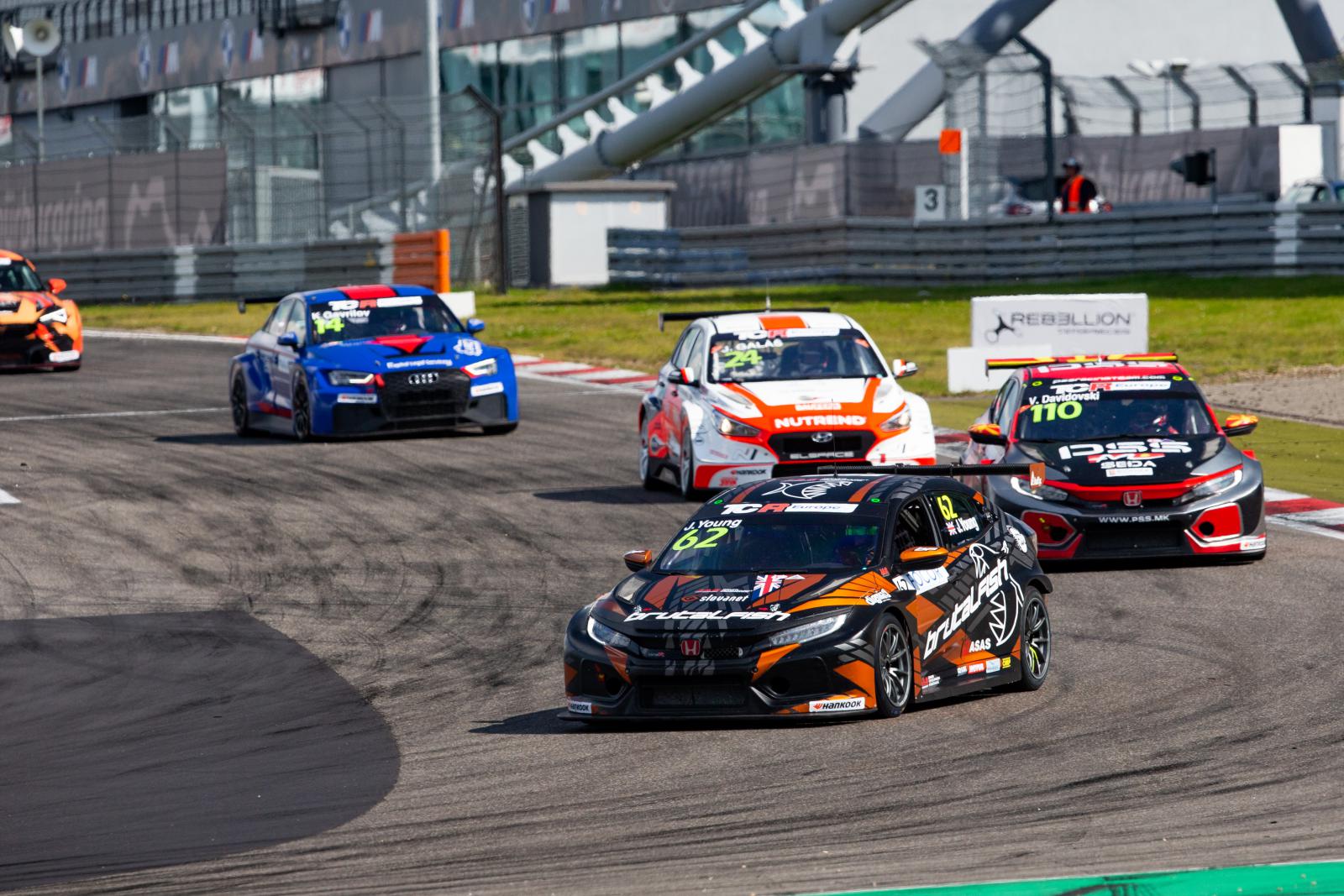