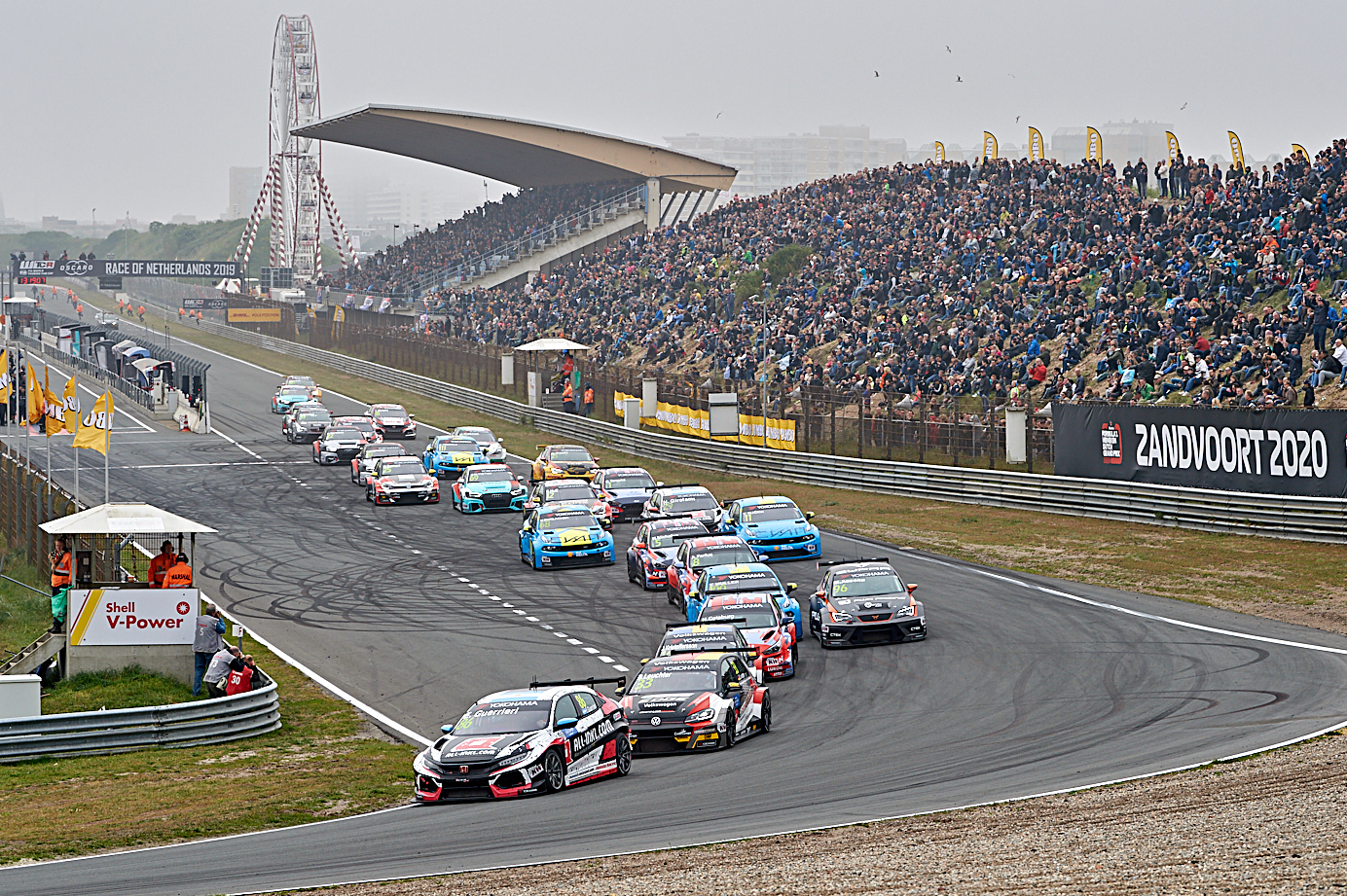 Esteban Guerrieri moved into the lead of the WTCR - FIA World Touring Car Cup with victory at Zandvoort.

The Argentinian's second win of the year - from pole position in the reversed-grid second race - was the fifth for ALL-INKL.COM Munnich Motorsport in 2019 and one more than the Civic Type R TCR achieved across the entire 2018 season.

KCMG's Tiago Monteiro and Attila Tassi; both hampered by the Civic being one of the heaviest cars on the grid due to 50kg compensation weight, achieved a best finish of 18th.

Mike Halder increased his TCR Germany points lead with a dominant victory in Race One at Most and the Profi-Car Team Honda ADAC Sachsen driver fought back from ninth on Race Two's reversed-grid to finish fourth.

Pyro Motorsport's Brad Burns won the Junior Cup class in Race Two in second place overall while Halder's team-mate, Dominik Fugel, was third; a result that increased the Fugel Sport-run outfit's advantage at the top of the Teams' Championship.

Michelle Halder took a double-podium in the Junior Cup while her Profi-Car Team Halder team-mate Marcel Fugel was 12th in Race Two after suffering first-lap damage the previous day.

There was a double-win and a one-two finish as the brand-new TCR Japan series kicked off at a wet Autopolis.

KCMG and Team Goh Models are first and second in the Teams' Championship while Howson and Kanamaru lead the separate Saturday and Sunday Drivers' standings.

Tony D'Alberto secured pole position for the inaugural TCR Australia race at Sydney Motorsport Park, and the Wall Racing driver set out his title credentials to take second, third and fifth placed-finishes and lie third in the points.

Team-mate John Martin scored a pair of sixths, but was eliminated from Race Three following contact from a rival.

Jakub Wyszomirski staged a late charge to finish third in the first TCR Eastern Europe race of the weekend at the Red Bull Ring in Austria, and the Polish ASK Vesnic driver added fourth in Race Two to move up to second place in the championship.

MM Motorsport ran a single car for Davide Nardilli as TCR Italy moved on to Misano. Nardilli qualified 11th, but delivered strong performances in both races to twice finish eighth.

Mads Fischer, JAS Motorsport TCR Project Leader, said: "It's been a very strong weekend results-wise for our Civic Type R TCR customer teams. The situation with BoP and compensation weight in WTCR means ALL-INKL.COM Munnich Motorsport had to maximise the situation with the reversed grid and with Esteban they managed this. Mike Halder, Matt Howson and Yu Kanamaru all did very impressive jobs in Germany and Japan while young Brad Burns showed he's going to be one to watch this year. To set the first pole position in both TCR Japan and TCR Australia is also very special so well done to Tony D'Alberto too. I must also congratulate Jakub Wyszomirski and Gary Kwok who are showing that, despite its age, the FK2 Civic Type R TCR can still compete at a very good level in the right hands." 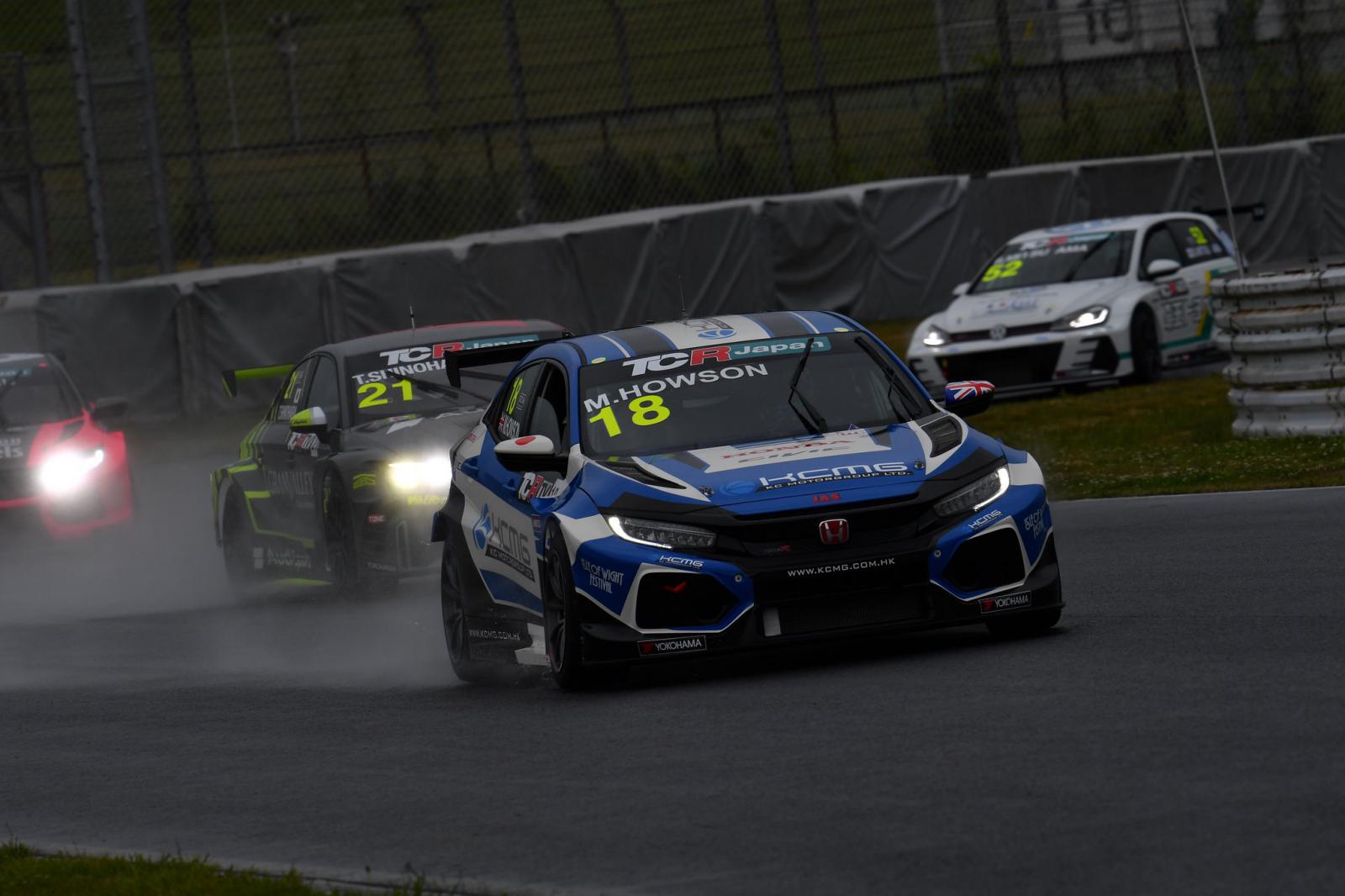