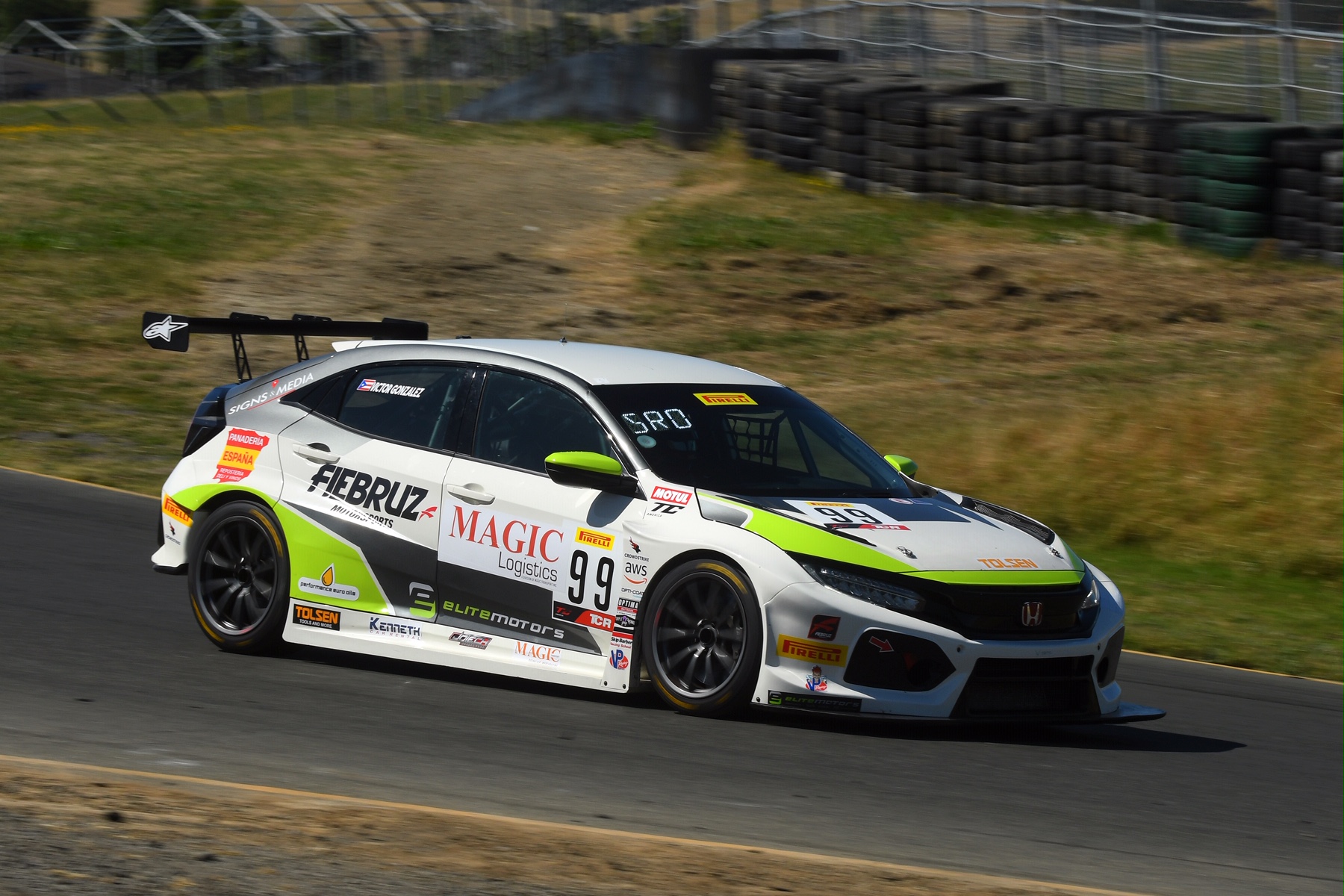 Victor Gonzalez Jr took the first Touring Car America win of the year for the Honda Civic Type R TCR with a masterful drive at Sonoma Raceway in California.

The VGMC driver set a cautious, yet consistent pace, early on, knowing tyre wear would be crucial in the sweltering conditions, and carefully made his way up from his fifth spot on the grid in his JAS Motorsport-built car.

Moving into second with just five of the 40 minutes remaining, he chased down the leader to assume the top spot at the hairpin on the penultimate lap and speed off to his maiden win.

A similar spirited charge brought him second in Race Two to round off his best weekend in TCR competition.

He finished sixth in the TCR class in both races; his hopes of joining Gonzalez on the podium thwarted on Sunday by a mid-race pitstop to re-set the ECU and was then penalised for passing under yellow flags during his recovery.

In a wet/dry race that ran for three hours, the pair fought hard for the victory, and only lost their chance in the final 15 minutes - at which point the track was in fully-dry conditions.

Michelle Halder enjoyed her best weekend of the TCR Germany season by finishing fourth and eighth for Profi-Car Team Halder at the Red Bull Ring.

Her brother, Mike Halder, lost his points lead after qualifying 13th for both races and only finishing 15th and eighth in his Profi-Car Team Honda ADAC Sachsen car.

His team-mate, Dominik Fugel, whose Fugel Sport organisation runs the team's cars, was the best Honda qualifier in eighth, but claimed a best result of 13th while Pyro Motorsport's Bradley Burns was eliminated from both races.

Wall Racing made a strong start to the TCR Australia weekend as Tony D'Alberto and John Martin qualified fourth and fifth at Phillip Island.

But fourth for D'Alberto in Race One was as good as it got as both drivers suffered punctures in Race Two and were innocent victims of a multi-car incident at the first corner in Race Three. They are third and 14th in the Drivers' points.

Tom Coronel drove a strong opening TCR Europe race at Spa-Francorchamps to improve from 14th on the grid and give Belgian team Boutsen Ginion Racing 10th place at their home track.

The Dutchman was on course for eighth in Race Two before he was turned around by another car on the last lap at high speed at Raidillon and damaged his car's front end.

Brutal Fish Racing's Daniel Lloyd and Martin Ryba took their best results in the series in 11th and 13th while PSS Racing Team's Viktor Davidovski was 18th in Race Two.

Mads Fischer, JAS Motorsport TCR Project Leader, said: "I'm thrilled to see Victor Gonzalez Jr win in TC America - a series that's very special to us because it was where the FK7 Civic Type R TCR won its first title with Ryan Eversley and RealTime Racing last year. He maintained the life in his tyres and pounced near the end, while LAP Motorsports also had a very good performance in qualifying. It's also great to see Capri Racing put the FK2 Civic on the podium in New Zealand. There's a full TCR championship coming soon there, so it's great to show the competitiveness of the car to a captive audience." 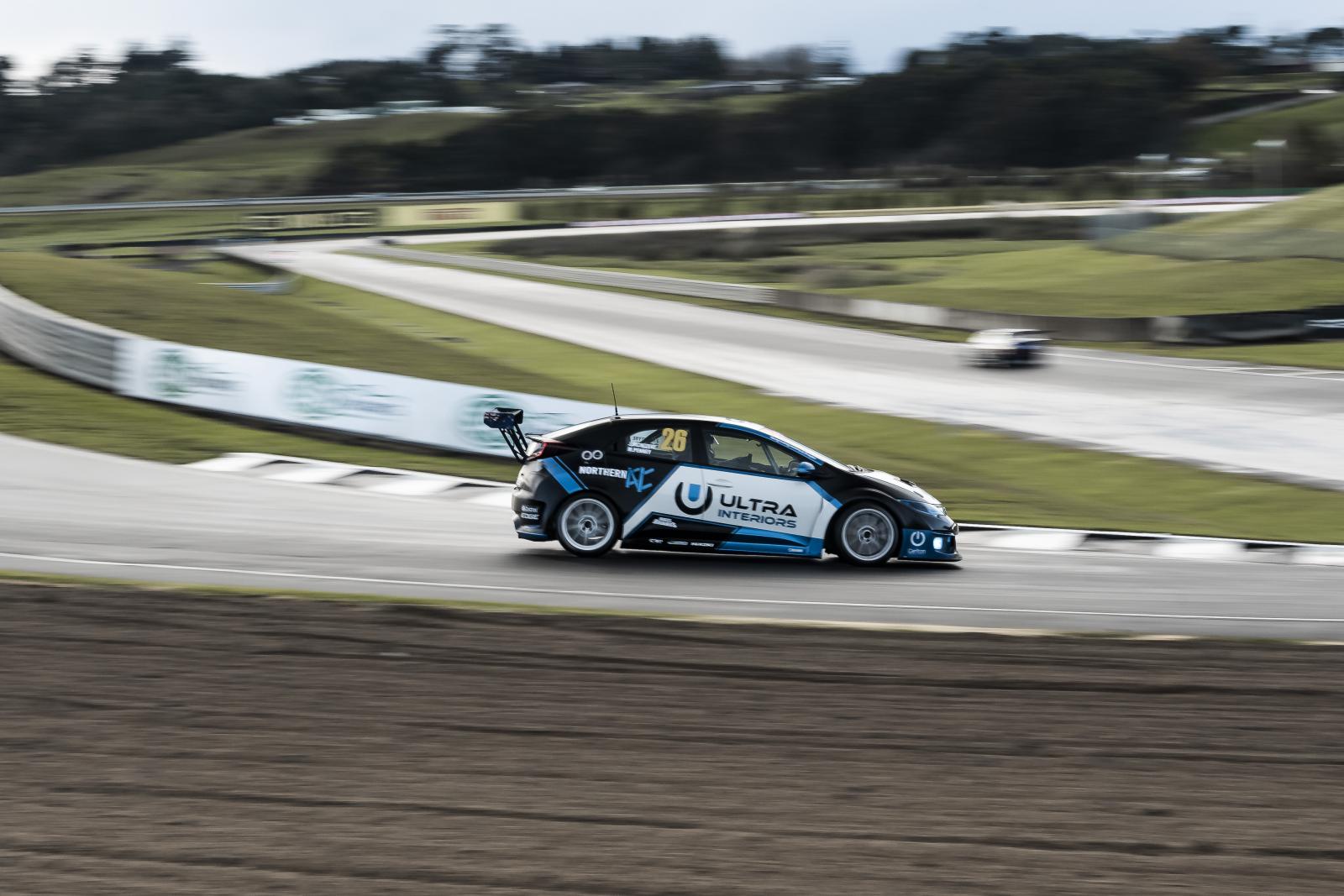