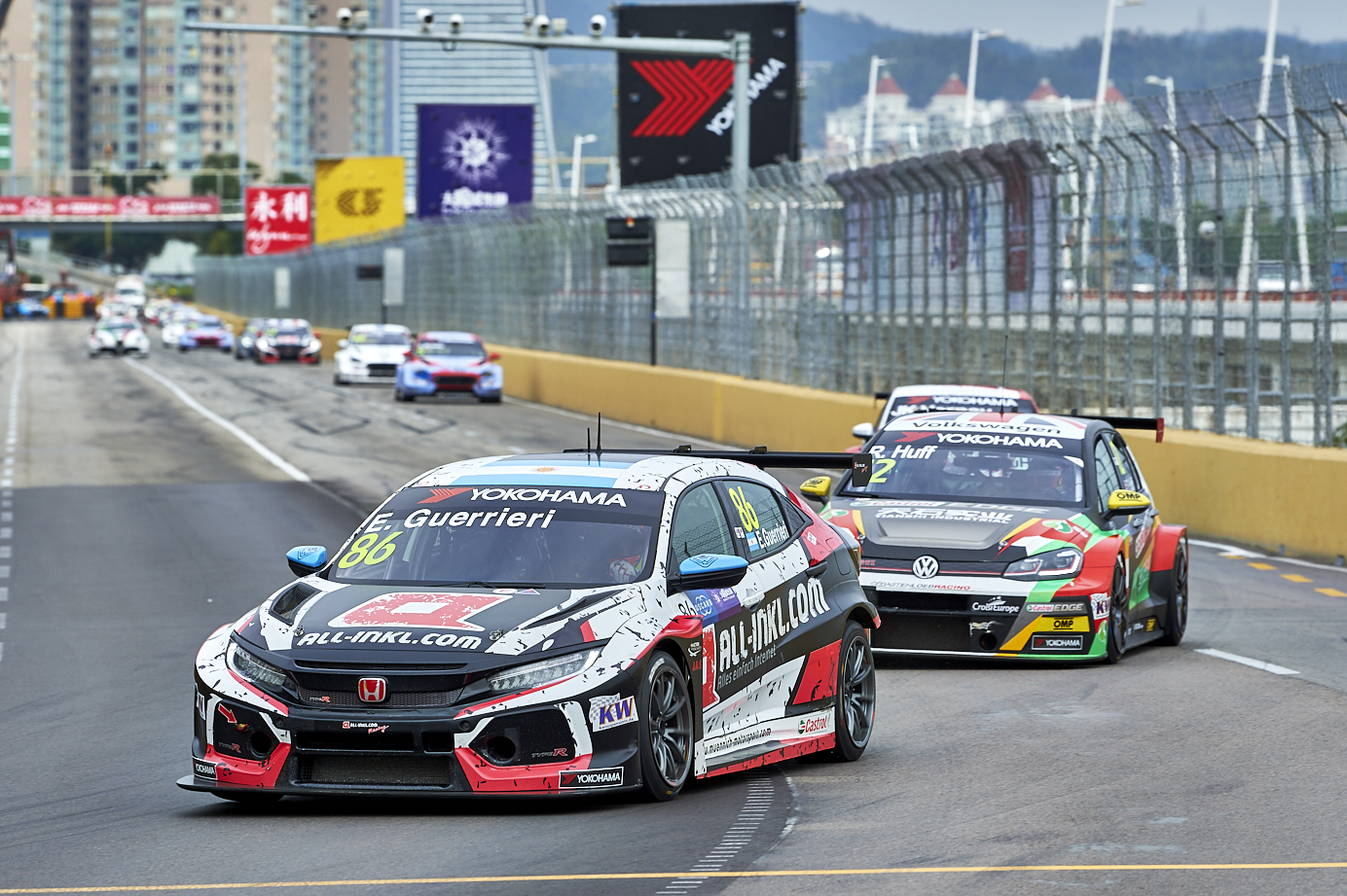 Esteban Guerreri gave the Honda Civic Type R TCR a perfect end to the inaugural WTCR – FIA World Touring Car Cup with a stunning victory on the fabled Macau Guia Circuit in the final race of the season.

ALL-INKL.COM Münnich Motorsport had already taken a podium finish earlier in the day when Timo Scheider finished second to record his maiden rostrum finish in the series.

Guerrieri started superbly from second on the grid and resisted intense pressure throughout the race to claim the spoils with Yann Ehrlacher fifth in the other Münnich car and Scheider forced out with damage following a hit from another car.

The Argentinian’s victory means JAS Motorsport-built Honda Civic Type R TCRs have won in Macau in each of the three years the Guia Race has been run to TCR regulations, following successes for Rob Huff and Tiago Monteiro in 2015 and ’16.

Guerrieri finished third in the Drivers’ Championship with Münnich third in the Teams’ points; the latter result helped by an excellent runner-up spot by Scheider in Race Two (below).

Ehrlacher, who added a sixth place in Race Two, finished 10th in the points while Scheider and James Thompson – whom the German replaced mid-season – were both podium finishers during the year.

Boutsen Ginion Racing’s Ma Qing Hua and Tom Coronel made excellent progress from low grid positions. The team’s best race was the finale, in which the pair came home 11th and 14th.

New TCR China Teams’ Champions MacPro Racing made their WTCR debut in Macau, suffering from 20kg ‘wildcard’ weight and no knowledge of the series’ Yokohama tyres.

Despite this, Andre Couto finished all three races, including an 18th-place result in Race Three.

Esteban Guerrieri, ALL-INKL.COM Münnich Motorsport, said: “It feels incredible to finish the season in this way. I’ve won on the Nordschleife and at Macau; the two circuits everyone wants to win at, and I’m just so happy. The racing has been incredibly hard today, but also very fair and that’s also a very good thing. I’ve now had two seasons racing in World Touring Cars. Last year I won the last race and finished fourth in the points, and now I’ve won the last race and taken third overall. I’ve had a fantastic car all weekend thanks to an incredible job by the team, and this means I can go into the winter on a very big high.”

Mads Fischer, JAS Motorsport TCR Project Leader, said: “Today has been a fantastic end to the season. To win in Macau for each season that TCRs have raced there is extremely special and shows that we have a strong car for this circuit. Esteban drove an incredible race to defend from cars that had more straightline speed, and this makes it an even better win. I would like to thank ALL-INKL.COM Münnich Motorsport and Boutsen Ginion Racing for their efforts this year. Now we will go home and work doubly hard to make sure we can come back even better-prepared for 2019.” 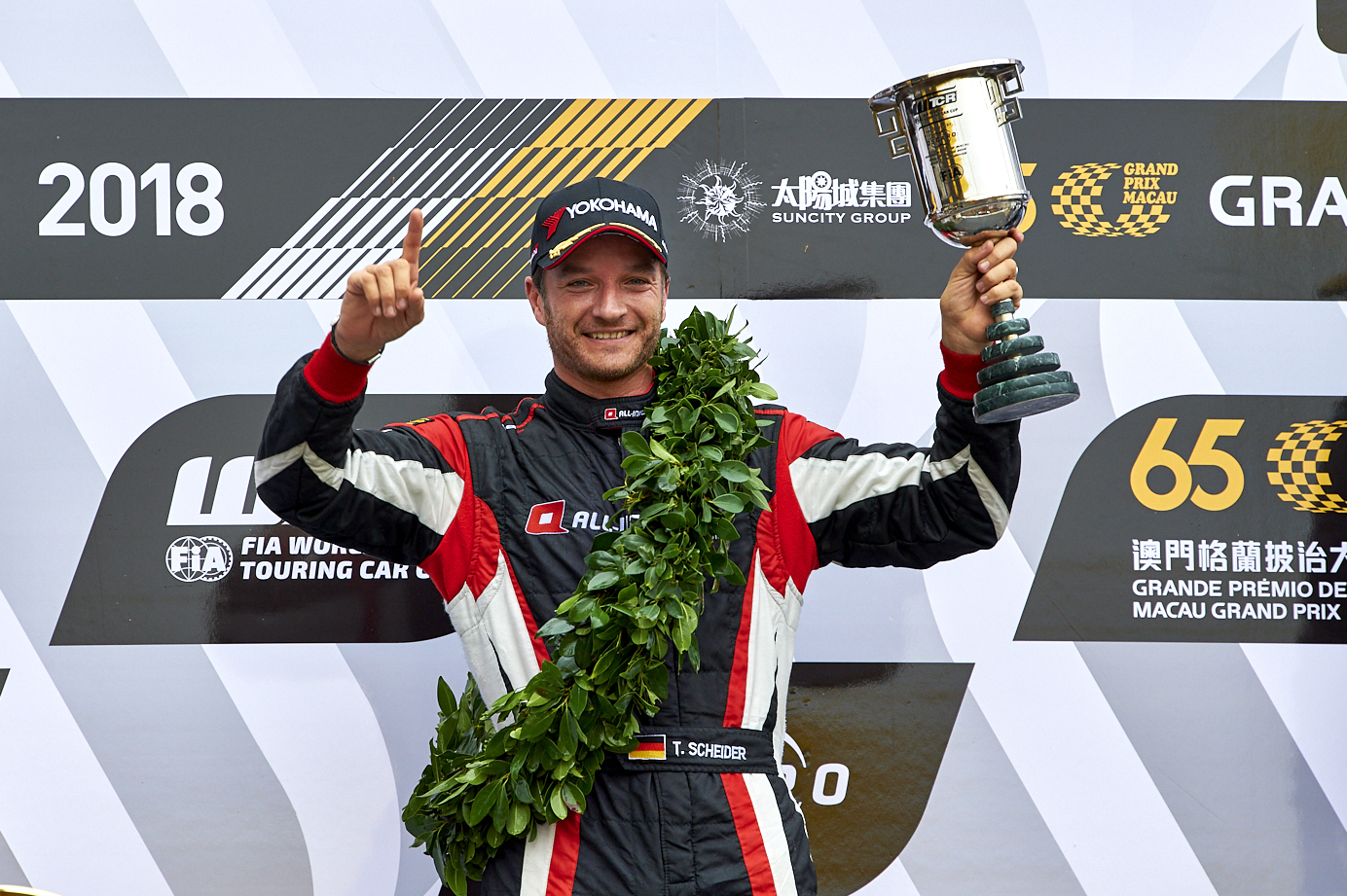