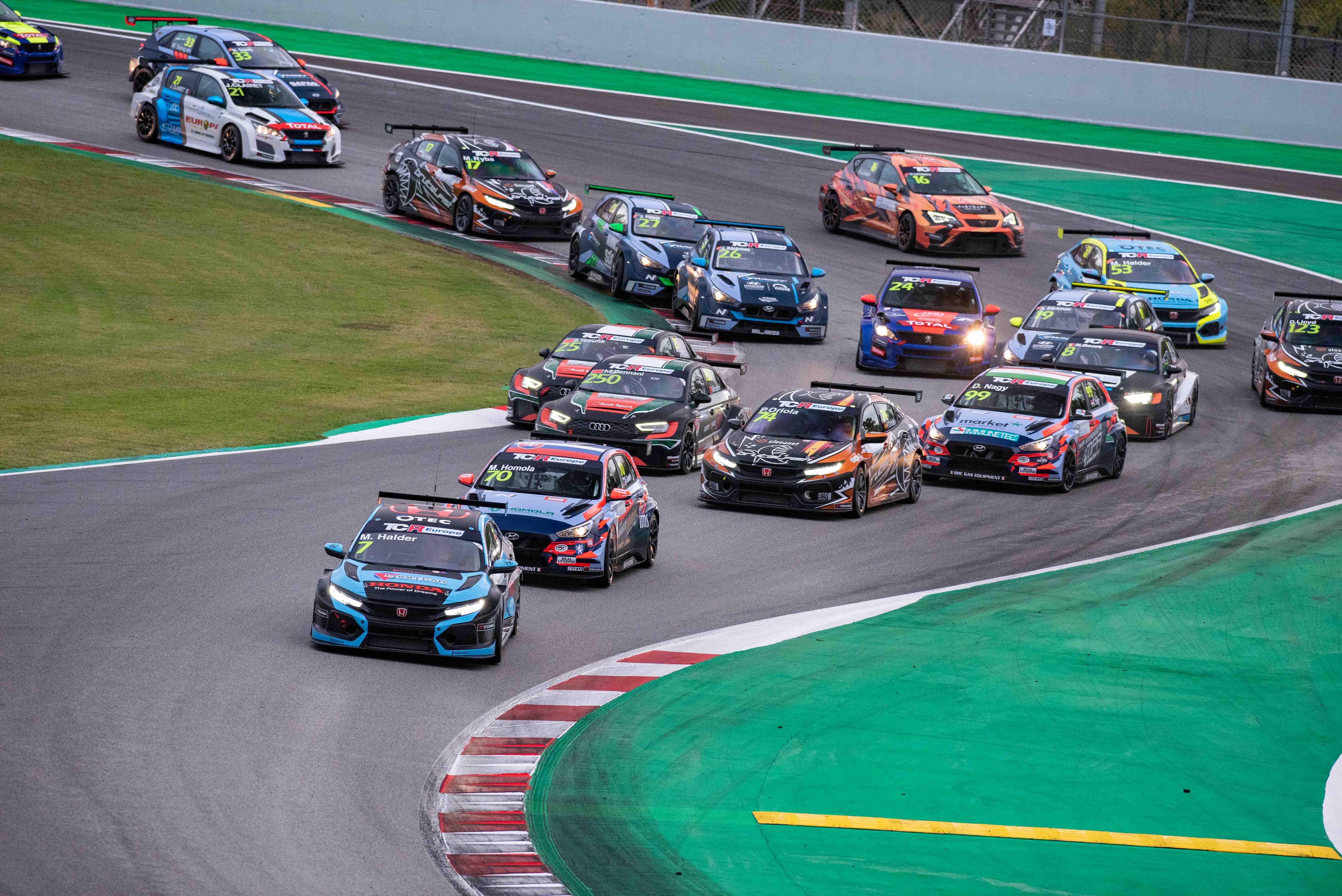 Mike Halder is the new TCR Europe leader following a deserved victory at Barcelona that was one of four major successes for the Honda Civic Type R TCR during the weekend.

The German, who only entered the series three days before it began, qualified his Profi Car Team Halder Honda second and wasted little time in taking the lead of Saturday’s opening race.

That result and a fourth-place finish on Sunday put him into a 13-point advantage at the head of the standings, while team-mate Michelle Halder was seventh in Race Two.

Brutal Fish Racing Team’s Pepe Oriola drove superbly in Race One to climb from fourth on the grid to second within a lap, and finished there to complete a one-two finish for the Civic.

Daniel Lloyd, who led the points at the start of the weekend, dropped out of the points on the last lap of Race One with a trip through the gravel after struggling with 60kg success ballast.

Ninth in Race Two became 16th after he was penalised for his part in an incident. Team-mate Martin Ryba did not start due to damage sustained when he was hit hard on the first lap on Saturday.

The Barcelona event doubled-up as the opening round of the delayed TCR Iberico series. Mike Halder’s win and fourth place means he also leads the standings with two rounds remaining.

There was a maiden ST-TCR victory in the Japanese endurance series for Floral Racing with Uematsu on what was only the team’s second start.

With qualifying cancelled due to fog, the three-driver crew of Tadao Uematsu, Shintaro Kawabata and ex-Formula 1 racer Yuji Ide started second and were in the victory hunt throughout the three-hour race.

They eventually triumphed by just over three seconds following a tense battle with their closest rivals.

MM Motorsport’s recent domination of the series continued at Mugello as returnee Kevin Giacon set pole position on a dry Saturday afternoon and triumphed in both wet races on Sunday.

His team-mate Alessio Aiello made it an all-MM front row with a superb qualifying effort and was running strongly in fourth in the opening race when he spun off and caused a safety-car finish.

From the back of the grid in Race Two he recovered to 11th, while team-mate Davide Nardilli was twice eighth. Giacon is fourth in the championship, right behind Aiello and Nardilli.

A third-place finish for Esteban Guerrieri was the best finish for a Honda driver at the Slovakia Ring; the ALL-INKL.COM Munnich Motorsport driver’s additional fourth and seventh places elevating him to fifth in the championship.

Team-mate Nestor Girolami started Race Two from pole position on the partially-reversed grid, but was pitched into a huge crash by a rival and played no further part in the weekend.

ALL-INKL.de Munnich Motorsport’s Attila Tassi befell a similar fate; the Hungarian having earlier taken 12th in Race One as his choice of four slick tyres made him one of the fastest drivers at the end of a damp, but drying, race. His team-mate Tiago Monteiro finished 10th in Race Two.

Mattias Andersson ended the season with a deserved podium finish on a dramatic finals day at Knutstorp.

The Honda Racing Sweden driver, whose FK2 Civic Type R is run by his own MA:GP team, was third in the finale, having worked his way forward from 10th and seventh-placed finishes earlier on.

Those results snuck him into sixth in the end-of-year standings, with Honda Racing Sweden fifth in the Teams’ Championship. 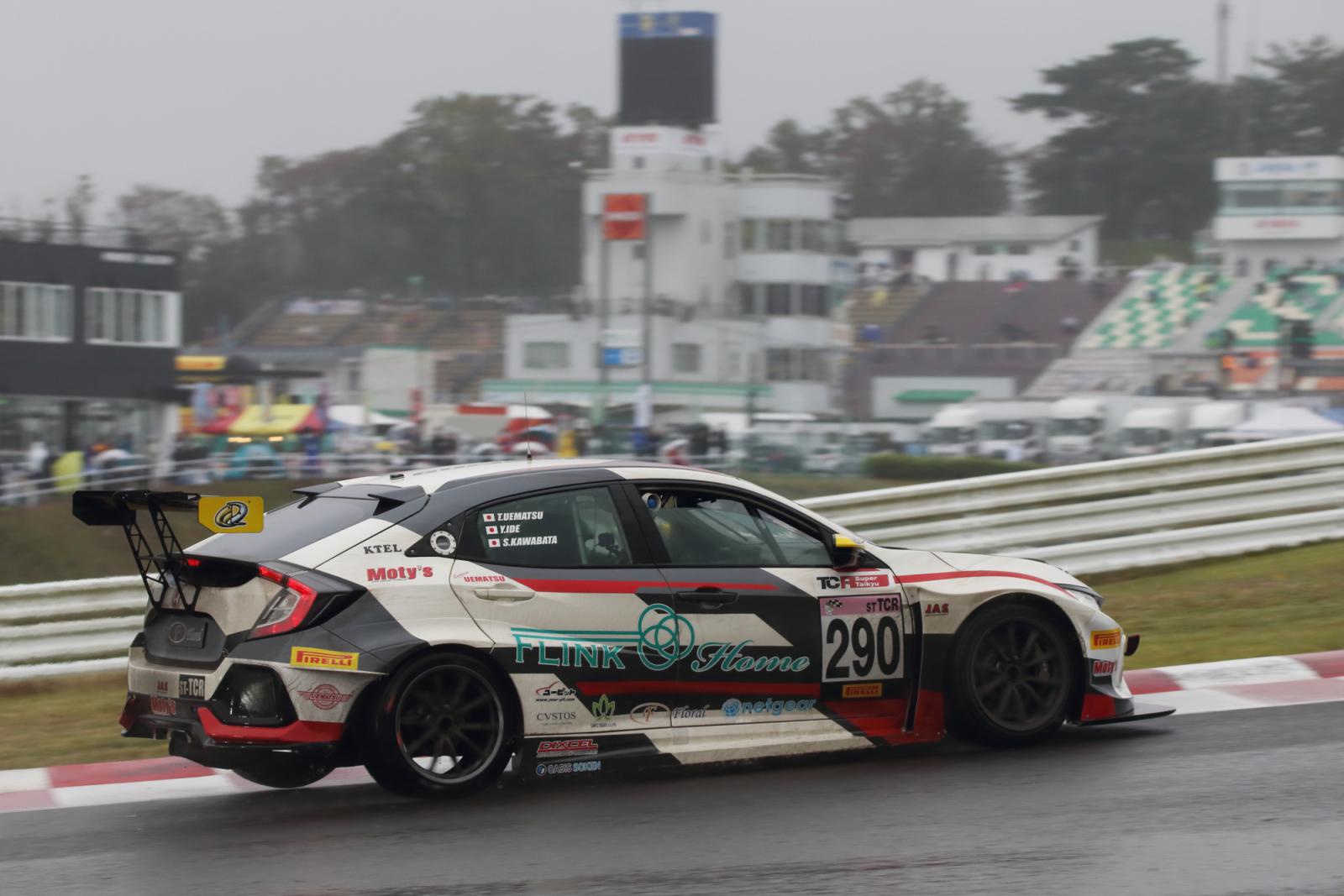