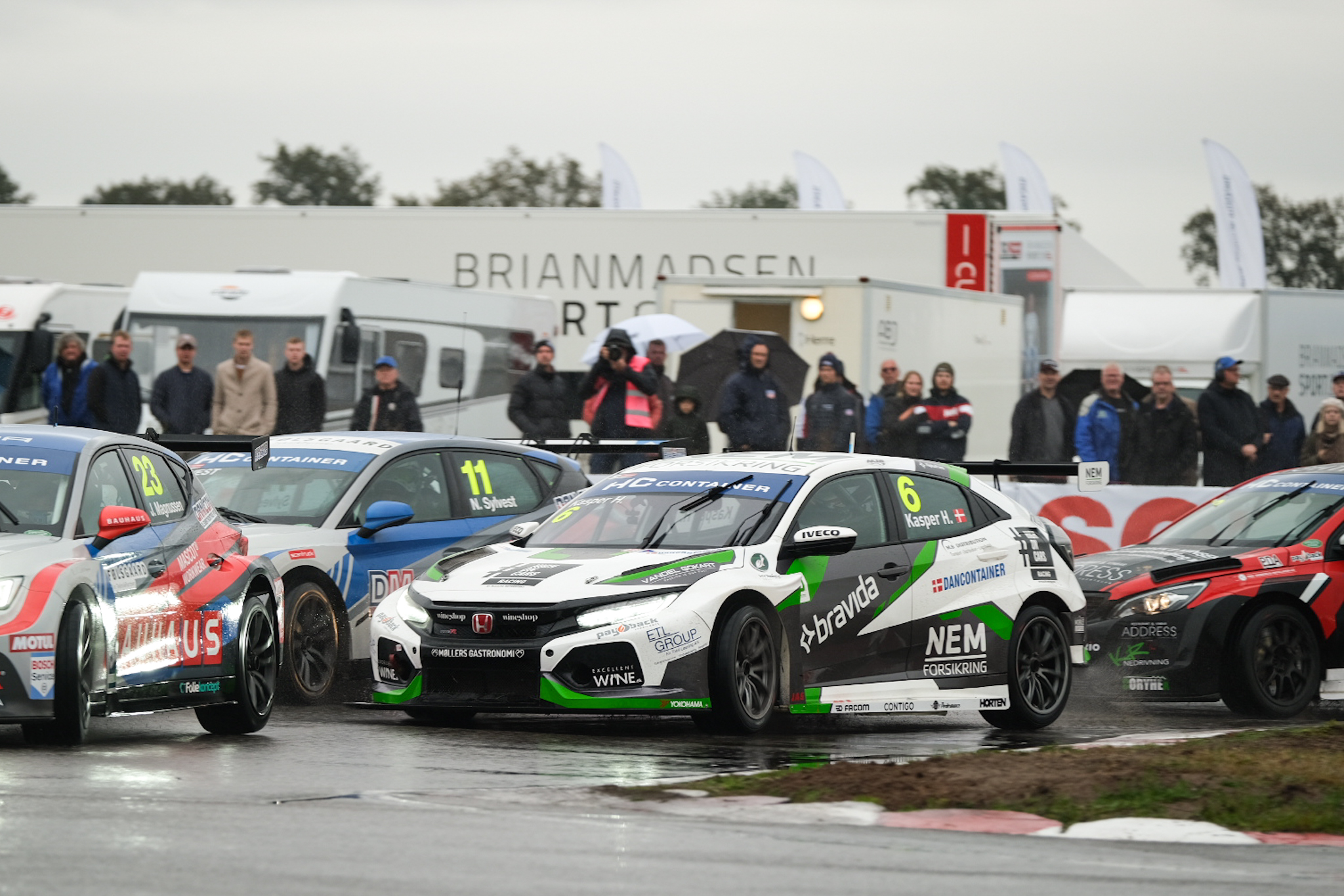 TCR Denmark
Massive Motorsport driver Jensen took pole position at Padborg Park and finished second in a wet opening race to secure the championship to add to his 2020 success. What was to follow was even better, however…

An error meant he bonnet of Jensen’s Civic was not correctly fastened on the grid before Race 2, causing him to require a pitlane start after diving in at the end of the formation lap.

Despite this, he climbed to sixth place by the finish and then added a fourth win of the year in the final race of 2021 an hour later.

It was the fourth championship title secured by the JAS-built Honda Civic Type R TCR of 2021 and the 42nd since the car’s debut in 2015.

Team-mate Kenn Bach was the Trophy class winner in Race One in fourth overall and added a pair of further top-10 finishes to round off the season. Massive Motorsport were second in the Teams' standings.

TPR Motorsport’s Louise Frost impressively qualified sixth, but was disqualified from the opener for ignoring a flag signal and did not appear again.

FIA WTCR
Esteban Guerrieri and ALL-INKL.COM Munnich Motorsport strengthened their push for both the Drivers’ and Teams’ titles as the series visited Pau-Arnos, France, for the first time.

Guerrieri and team-mate Nestor Girolami qualified sixth and seventh and, after a pair of strong starts, finished fourth and fifth in Race One.

Race Two seemed to be running to form until a crazy final few laps turned the order on its head. After being pushed off the circuit by the series leader and suffering contact with several others, Guerrieri was seventh while Girolami retired.

Guerrieri is third in the points with ALL-INKL.COM Munnich Motorsport in the Teams’ standings.

ALL-INKL.DE Munnich Motorsport’s Tiago Monteiro was fired into the wall on the opening lap of Race One, but rebounded with 13th in Race Two with a damaged car. Attila Tassi was 12th and 17th.

TCR Japan
Resshu Shioya enjoyed his best weekend of the season as he qualified on the front row at Motegi and then scored fourth and third-placed finishes; the Zenyaku Kogyo by G/Motion driver missing out on a Race-One podium following contact from a rival.

The same rival was responsible for spinning Anna Inotsume out of a podium-challenging spot earlier in the race. The Dome Racing Team rookie was sixth in Race Two, right behind 55Moto Racing’s Mototino. Masyoshi Oyama was sixth for Akiland Racing in Race One.

Mads Fischer, JAS Motorsport TCR Project Leader, said: “Congratulations to Massive Motorsport and to Kasper H Jensen on another fantastic title success. TCR Denmark is an incredibly difficult series to win and one that runs at a very high level with some hugely-experienced drivers and engineers involved. Massive have been the dominant force for the past two seasons, performing magnificently and we very much hope they’ll use this success as a springboard for future programmes with JAS cars on the international scene in the near future. They definitely deserve it.” 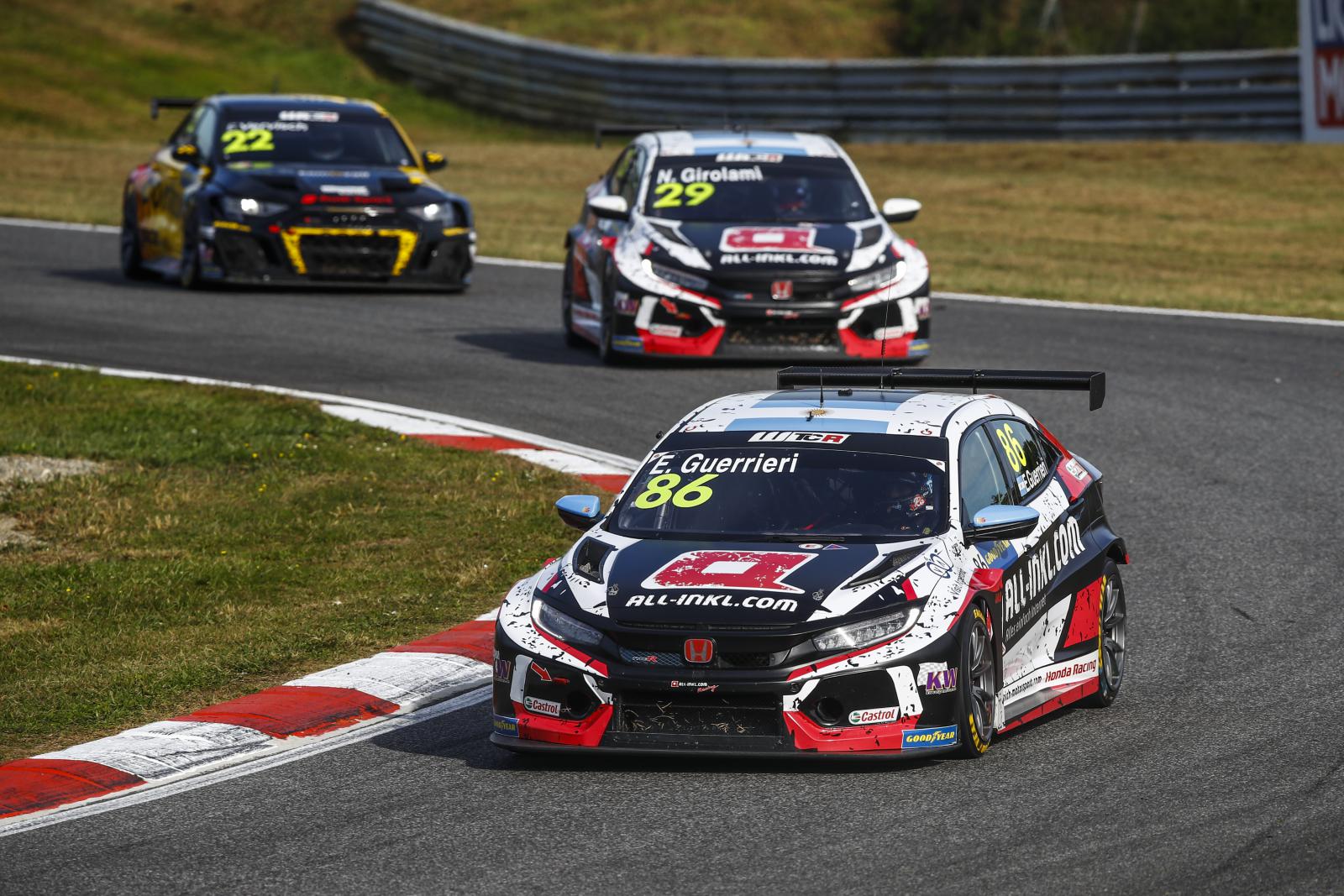