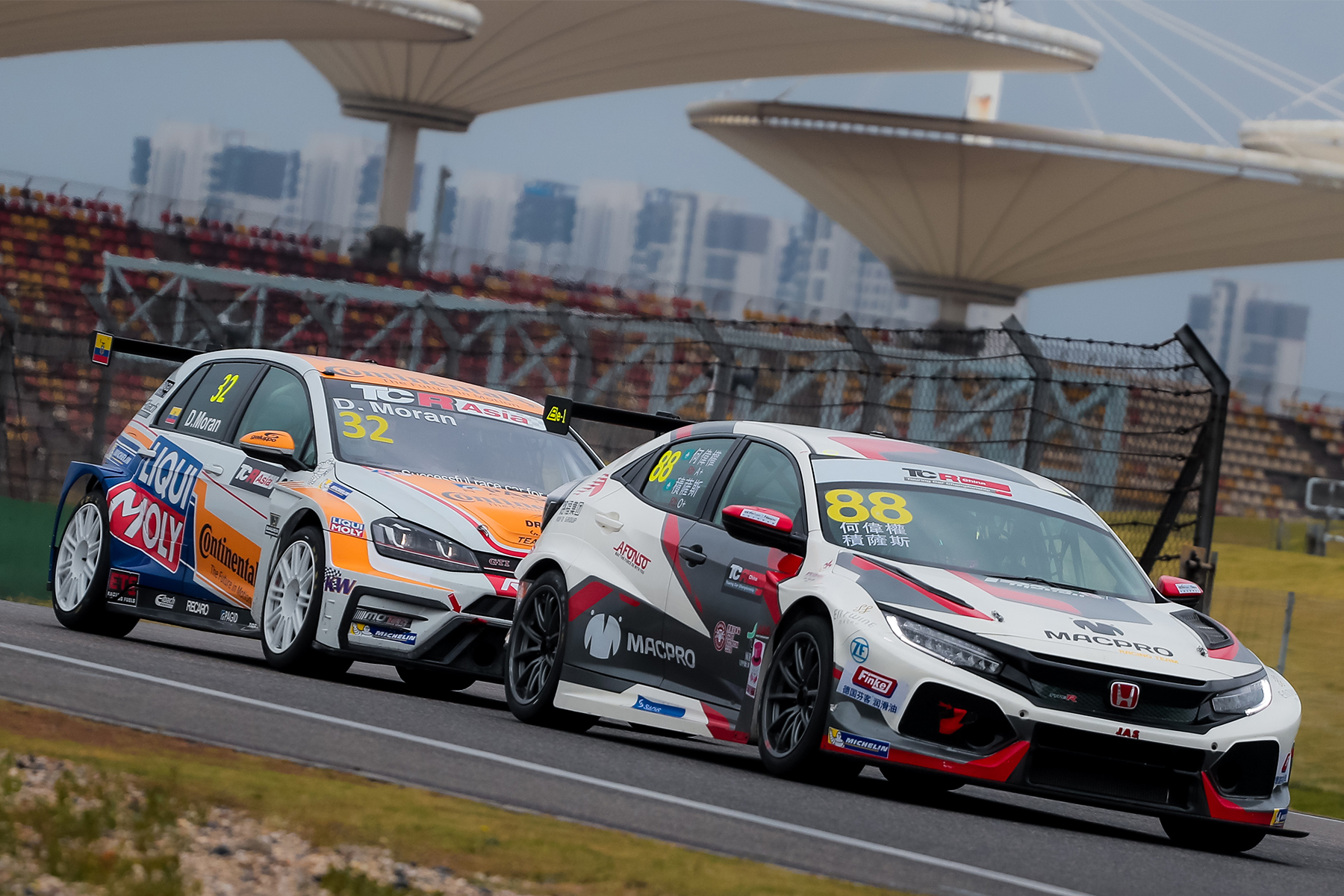 Henry Ho claimed an impressive overall pole position – ahead of all the TCR Asia cars that were contesting the same event – and claimed the China spoils in Race One by a comfortable margin.

Partnered by Eurico de Jesus to third place in the Race Three Enduro – run without the TCR Asia cars – the pair secured the title with one round remaining to add to the crowns already secured in North America and Japan.

Ho and de Jesus hold a two-point lead in the Drivers’ Championship. The sister car of Kevin Lam and Miguel Kong claimed a best finish of third in Race Two.

Ivan Szeto returned to TCR Asia competition at Shanghai and commandingly took his first victory in the Cup class for Maximum Motorsport. He added third in Race Two to take fifth in the Cup standings for the season.

Esteban Guerrieri was the best-placed Honda driver in the TCR – FIA World Touring Car Cup, which raced at the Wuhan street circuit in China for the first time.

The Argentinian qualified fifth and finished Race Three in fourth spot to lie sixth in the Drivers’ Championship while his team; ALL-INKL.com Münnich Motorsport, are third in the Teams’ points.

Team-mate Yann Ehrlacher was a fighting fourth in Race One, but finished 18th due to a post-race jumped-start penalty, while Timo Scheider was removed from contention on the first lap of all three races due to contact.

Ma Qinghua became the first Chinese driver to score WTCR points with a starring role in Race Three as he finished seventh for Boutsen Ginion Racing.

He had qualified a season’s-best ninth on Sunday and finished eighth in Race Two, only to be demoted to 12th with a time penalty for contact.

Lorenzo Nicoli moved into a 2018 Civic Type R TCR for the first time as TCR Italy concluded at Monza, and was rewarded with second place in the season finale to add to the sixth he’d scored in his MM Motorsport-run car the previous day. Team-mate Mauro Guastamacchia scored a career-best eighth place in Race Two.

Target Competition drivers Jurgen Schmarl and Marco Pellegrini were in the top 10 in practice and qualifying and took best finishes of ninth and 11th in Race One. Target took second in the Teams’ points while Schmarl finished the season eighth in the Drivers’ contest.

A third TCR series concluded last weekend as TCR Russia staged its final event of 2018 at Fortress Grozny. Neva Motorsport’s Oleg Kharuk qualified eighth in the Trophy category, but unfortunately did not finish either race.

Mads Fischer, JAS Motorsport TCR Project Leader, said: “I’m extremely pleased to be speaking about a third major title won by the new-for-2018 Honda Civic Type R TCR. MacPro Racing Team have been the class of the field in TCR China this year with seven wins from 12 races and they richly deserve this. I hope Henry and Eurico can add the Drivers’ title. It’s also great to see Lorenzo Nicoli switch from the 2017 car into the new one at Monza and instantly put it on the podium. One of the keys to this car was to make it easier to drive than the old machine and this result if proof that we have succeeded in that. It was a tough weekend in Wuhan, but we know why some cars are faster than others in WTCR at the moment and I have full faith that this situation will be addressed in time for the next event at Suzuka.” 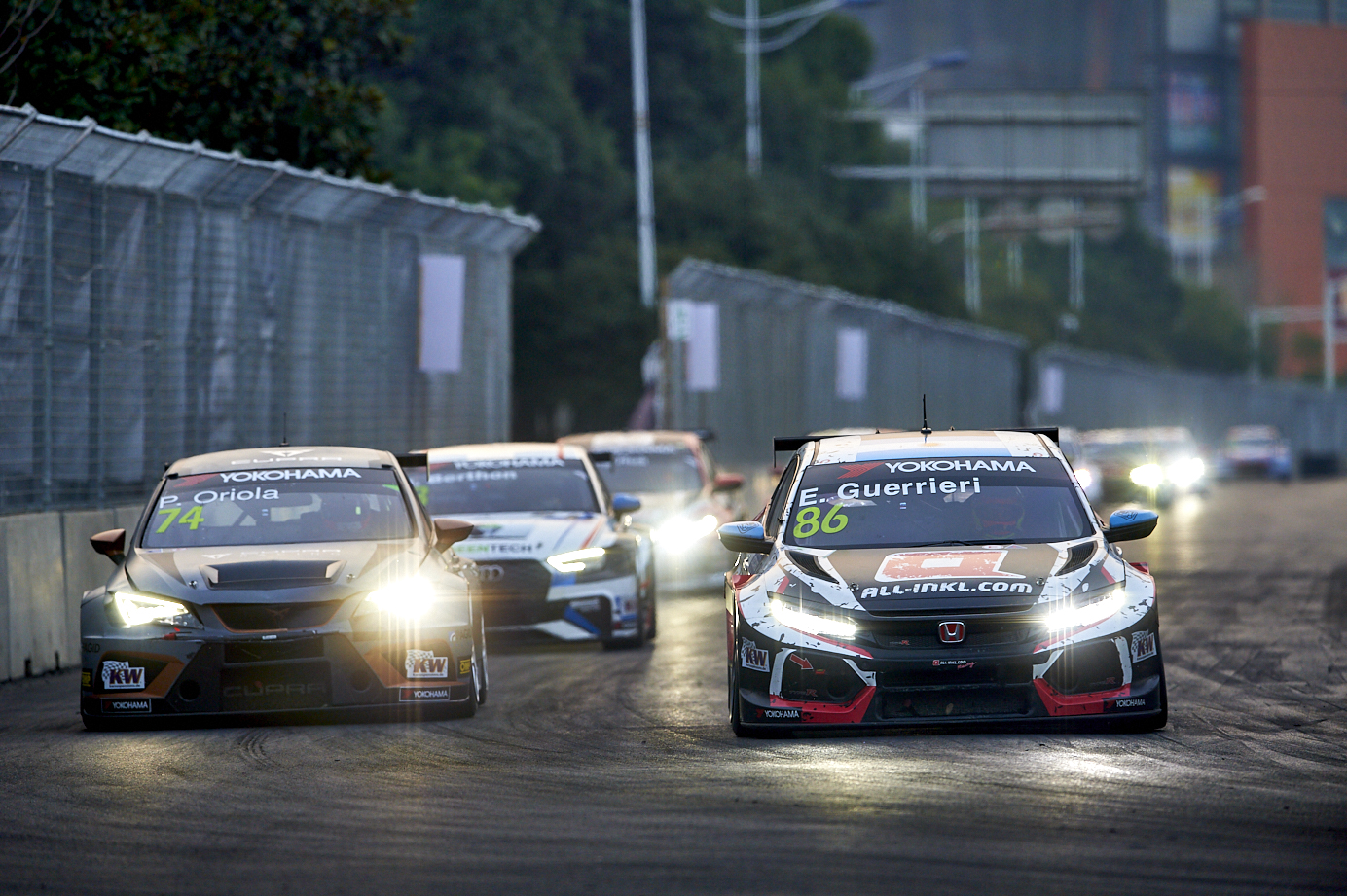