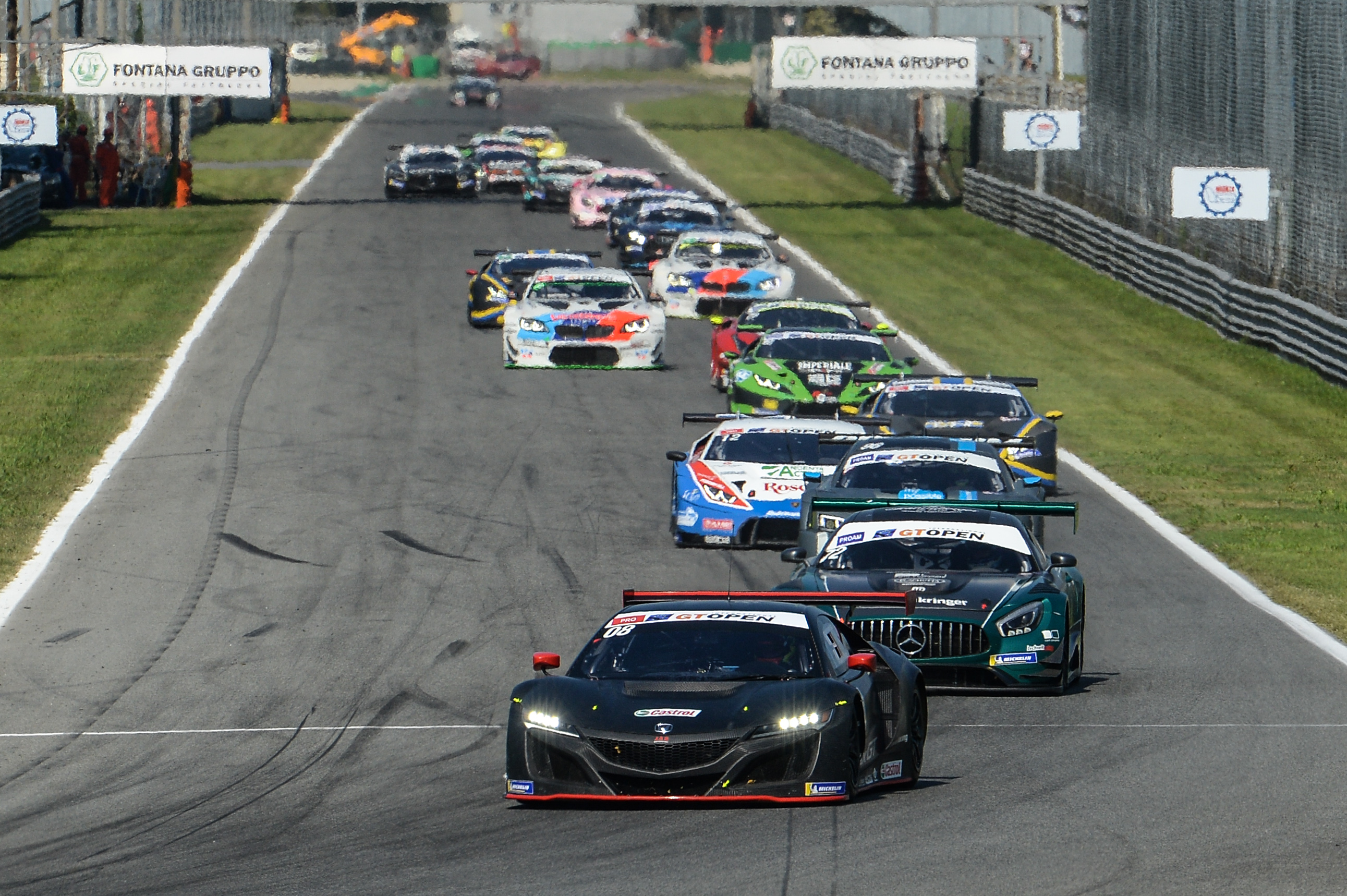 The Honda NSX GT3 claimed a top-six finish on its debut weekend in the International GT Open at Monza.

Drivers Bertrand Baguette and Esteban Guerrieri raced the car, which was run by JAS Motorsport, at the Italian venue and produced a pair of strong race results as the NSX GT3 ran quickly and reliably throughout the weekend.

After qualifying eighth on Saturday, Baguette started superbly to climb to third place overall by the 15-minute mark and pressurise the top two cars.

However, with the team having been given an 85-second minimum pitstop time – 10 seconds longer than most other cars due to their ‘newcomer’ status – and two early safety-car periods preventing the Belgian from building an advantage over the chasing pack, the race was about to get tougher.

Following the driver change, which came after 32 of the 70 minutes, Guerrieri emerged from the pits in what became ninth place overall, but set some of the race’s fastest laps to climb to seventh spot – and sixth in Pro – by the chequered flag, less than 10 seconds from the podium.

From 11th on the grid on Sunday, Guerrieri made up one place during his stint, and without the newcomers’ pitstop penalty, a slick driver change enabled Baguette to exit the pits in ninth.

A couple of strong passing moves during his stint brought the Belgian to the finish in sixth spot overall and in Pro to complete a positive learning weekend for the team.

At Hockenheim, the ADAC GT Masters season concluded with a double-header meeting. Honda Team Schubert Motorsport’s Christopher Dreyspring made an incredible start to dodge a first-lap incident and climb from 30th to 16th in Race One.

He maintained a top-20 position easily during his stint, but stayed out as long as possible until making his mandatory driver change and was on-track on worn tyres while many rivals had already taken fresh rubber minutes earlier.

The result was that the car emerged 28th with Maggi at the wheel, and this was where it stayed.

Another major incident caused Race Two to be red-flagged at the start. Maggi ran 25th – six places higher than he’d qualified – at the restart – while Dreyspring gained two more places after he took over. They were the fourth-best all-junior line-up home in Race Two.

Stefano Fini, JAS Motorsport NSX GT3 Project Leader, said: “Spending a weekend in GT Open was an incredibly useful exercise. The team performed extremely well and overcame some balance issues we had to begin with, which enabled both Bertrand and Esteban set some of the overall fastest laps in the two races. We also learned about how the car performs on Michelin tyres, which we were using for the first time and also gained us some extra valuable data. Schubert have ended their first season in GT Masters with the NSX GT3 and both the team and their two junior drivers have learnt a great deal with the car and provided us with extremely useful data that we’ve used to help develop the car’s performance in a way that is of benefit to all our customers.” 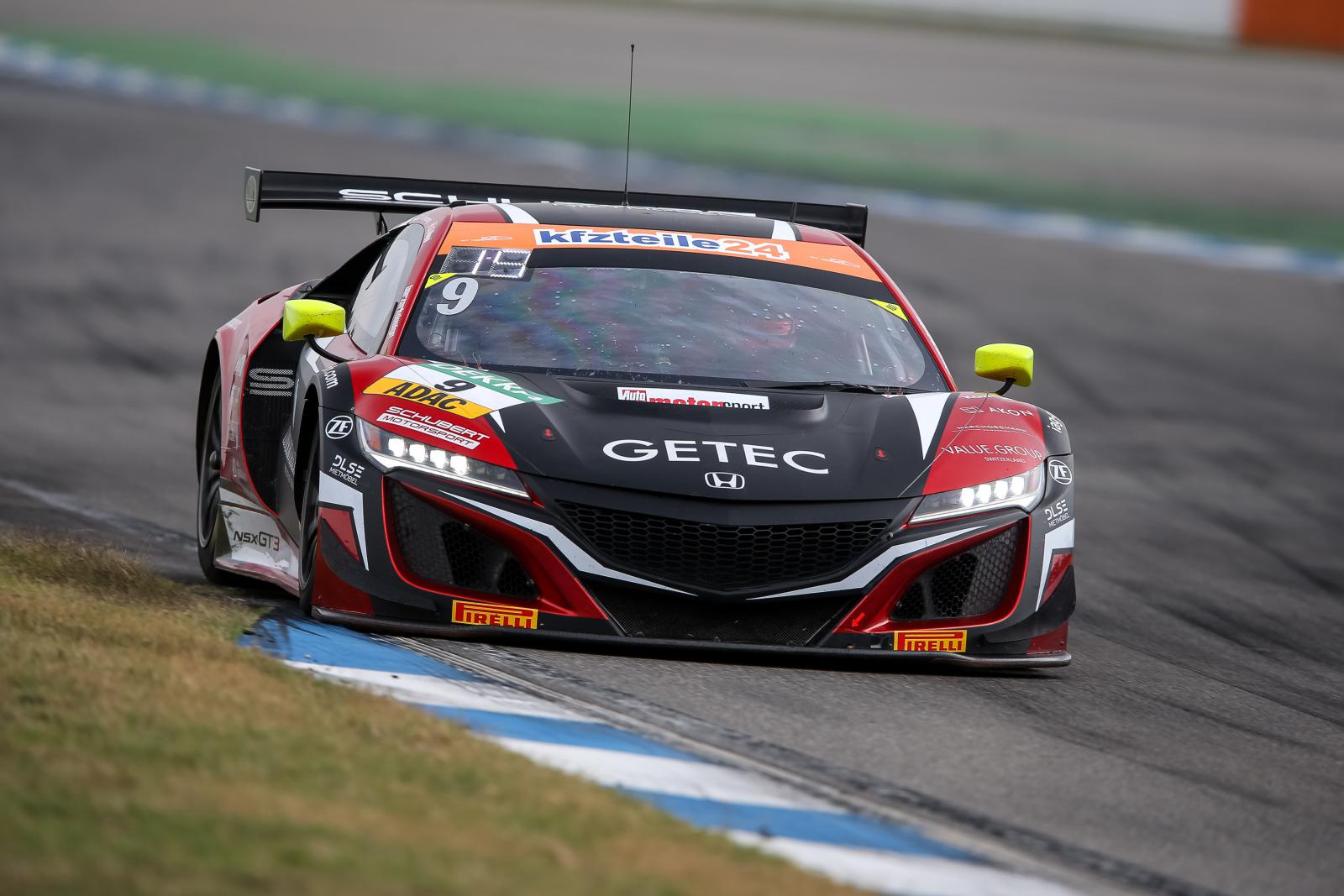