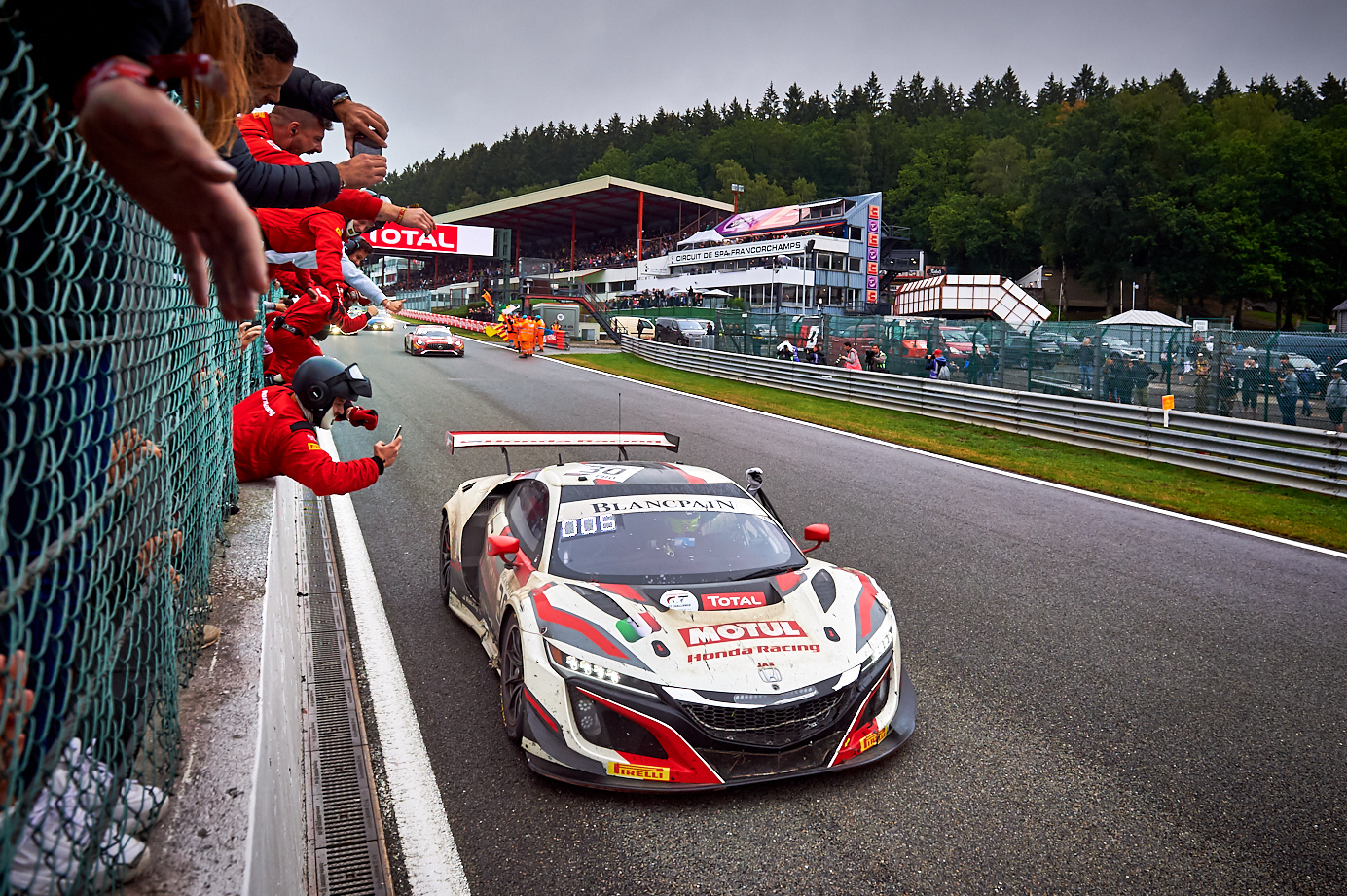 Honda Team Motul scored the best Intercontinental GT Challenge result for the NSX GT3 Evo with a superb top-six finish at a gruelling 24 Hours of Spa.

A thrilling charge from Renger van der Zande brought the JAS Motorsport-run car up from 12th place with an hour to go, to sixth by the chequered flag. He and co-drivers Mario Farnbacher and Bertrand Baguette also claimed fifth of the IGTC-registered cars.

Starting 33rd after all three drivers failed to find space for a clear lap among the 72-car field in qualifying, the car survived a largely-wet race that featured many hours under either full-course yellow or safety-car conditions and a six-hour stoppage during Sunday morning.

Baguette survived being T-boned by an Aston Martin in the second hour; escaping with only minor door damage, and he, Farnbacher and van der Zande had the NSX GT3 Evo inside the top 10 by one-third distance; even leading a lap as one of the last cars to make its third pitstop.

Catching a lucky break just seconds before a full-course yellow (FCY) period was declared, and taking their mandatory five-minute 'technical' pitstop earlier than most cars in the 10th hour, hopes were high of a victory challenge.

But with much of the next portion of the race run behind the FCY or safety-car conditions, the opportunity to use those tactical gambles to make up for lost ground, never presented itself.

Following the Sunday morning stoppage, the race resumed with five hours to run with the car a lap down in 13th.

Inserted for the final stint and having taken his final fuel stop early, van der Zande began the final hour in 12th. A hugely determined performance, with several wheel-to-wheel battles brought the Dutchman up to sixth by the flag.

Coupled with the pole position scored by the car on its IGTC debut at the California 8 Hours in March, the NSX GT3 Evo has firmly established itself as one of the fastest cars in global GT3 racing.

Customer squad Jenson Team Rocket RJN climbed from 53rd on the grid to 32nd by the chequered flag to make continue the NSX GT3 Evo's 100 per cent finish record in both the IGTC and the Blancpain GT Series Endurance Cup.

Their quartet of Britain's Struan Moore, Austrian Philipp Frommenwiler, American Matt McMurry and Mexican Ricardo Sanchez claimed their best finish of the year in the Silver Cup class in fourth place after another trouble-free drive.

The result lifted the British squad to fifth in the Teams' points and McMurry and Frommenwiler - the only two team members to have contested the full Blancpain GT Series Endurance Cup in 2019 - to fifth in the Drivers' championship.

Renger van der Zande said: "What a finish. When I got in the car for the last stint, the team told me, 'just go for it', so I did. It was flat-out all the way to the finish. It was pretty hot work, but as I saw the positions come down from 12, 11, 10, nine, it just motivated me more, and the car was fantastic in those damp conditions, even if the damage Bertrand had from the Aston Martin hit did cause us a bit of understeer on left-handers. The strategy was spot-on and the support from the team and my co-drivers has been fantastic. We all deserve this result for the big effort since qualifying."

Alessandro Mariani, Team Principal, Honda Team Motul, & CEO, JAS Motorsport, said: "I'm incredibly happy for everybody involved in this project. We came here last year with a pro-am line-up and gained experience. This year we came with a fully pro line-up with a target to finish strongly, and we've done just that. The drivers all did a fantastic job in the race after qualifying didn't go so well, the strategy and pitstops were near-perfect all race and the support from our friends at HPD (Honda Performance Development) has played a huge part too. We tried a very clever strategy, which was ruined a bit by the red flag because those six hours was our time to really make up ground. But everyone did a great job. I must congratulate the RJN team on a strong performance too. Their result means the NSX GT3 Evo has a 100 per cent finishing record in the IGTC this year, which is very good news." 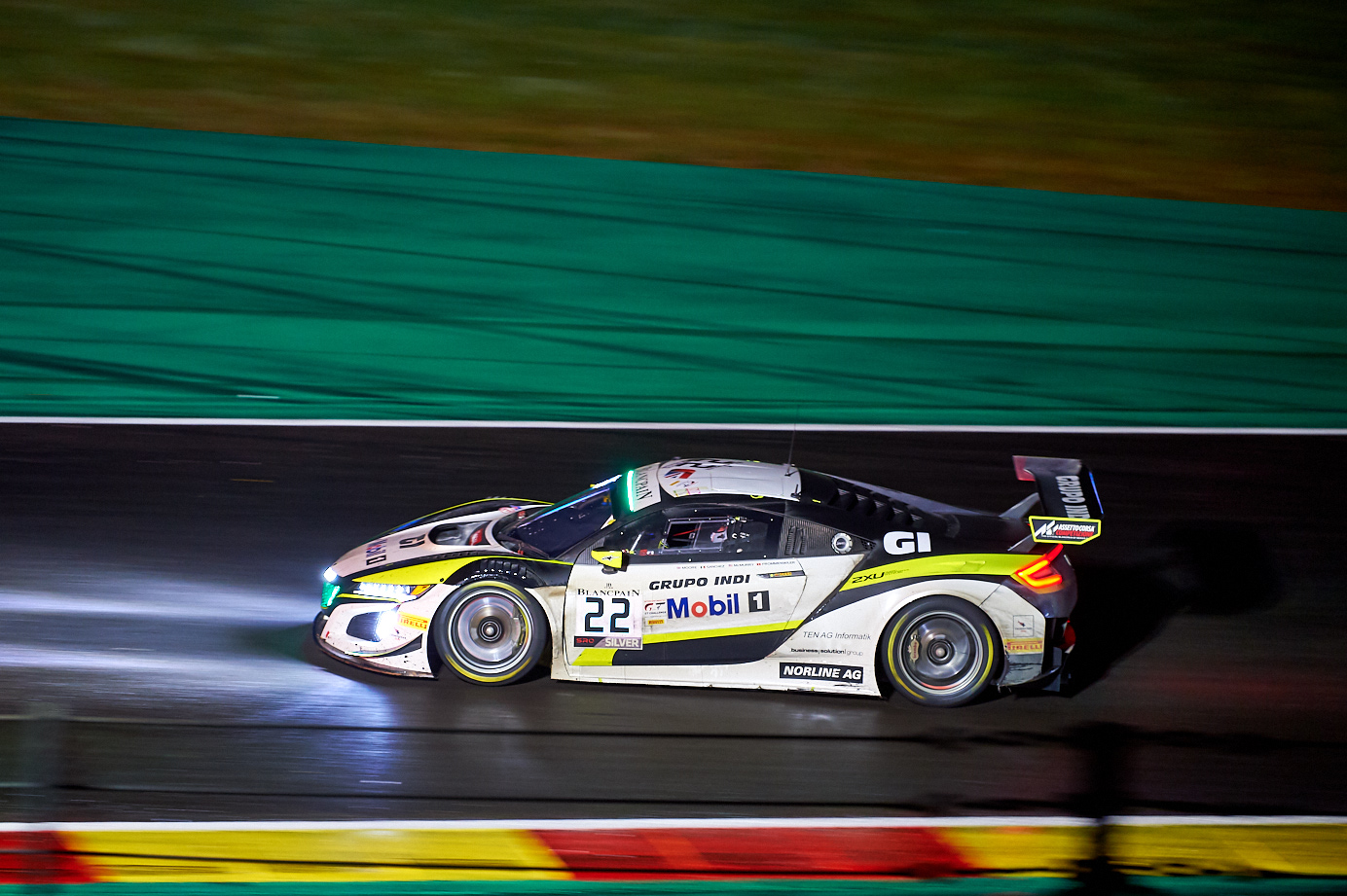