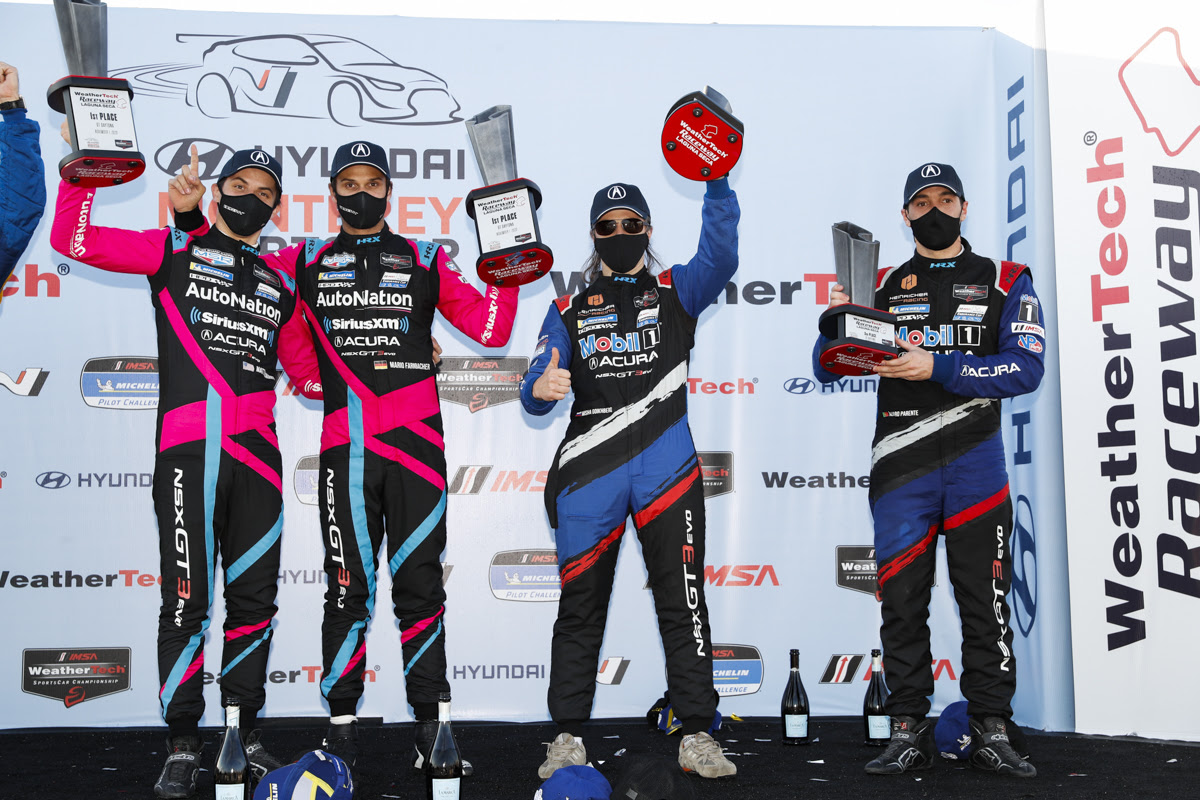 A dominant victory and double-podium finish for the NSX GT3 Evo at Laguna Seca put the Meyer Shank Racing team back on top of the IMSA Weathertech Sports Car Championship.

Meanwhile a stunning pole position and a pair of top-three results for Reno Racing capped a fantastic return to the International GT Open for the JAS Motorsport-built car.

MSR duo Mario Farnbacher and Matt McMurry dominated the GTD division at Laguna Seca to reclaim the Drivers' Championship lead on a day when the NSX GT3 Evo was the class of the field.

McMurry scored the car's second-straight class pole position - as well as his first in GTD - on Sunday morning and the American built an eight-second lead by the time he pitted at the end of the opening 45-minute stint.

Farnbacher took over for the remainder of the 2h40m race and maintained a commanding advantage, driving just fast enough to keep out of his reach of his pursuers while at the same time managing his fuel and tyres.

This proved crucial when the field was released with 15 minutes to go after the race's only full-course caution period was declared for debris on track. The German pulled out a five-second lead and collected his and McMurry's second win of the season.

Their victory catapulted them from fourth place in the Drivers' Championship to a seven-point lead. MSR and Acura returned to the head of the Teams' and Manufacturers' title races as well.

Misha Goikhberg qualified the sister car - entered under the Heinricher Racing banner - fourth, but gained a spot at the start and gave co-driver Alvaro Parente a strong position from which to score the car's first podium finish of the season.

The late caution gave the Portuguese a chance to challenge for second and he duly missed out on completing a one-two finish by less than half a second. The pair's best result of the year moved Parente and Goikhberg up a spot to seventh in the points.

Gradient Racing - returning after skipping Petit Le Mans - battled a braking issue in practice, but were rewarded for their determination as Till Bechtolsheimer qualified a season's-best eighth.

He and Marc Miller finished 12th to move the pair up three spots to 16th in the Drivers' points.

JAS Development Driver Reece Barr and co-driver Jens Moller were in imperious form as the NSX GT3 Evo made its first appearance in the series for over two years at Barcelona, Spain.

Moller qualified fifth in class and he and Barr had the Reno machine sixth in the division when the appearance of the safety car bunched the pack together.

A stunning charge by Barr in the final 16 minutes to go brought the pair from 11th to fifth overall, which gave them third in pro-am.

A stunning class pole position from Barr on Sunday morning put the Reno car on the overall front row and slick work by the Danish squad ensured that Moller left the pitlane leading the division after the mandatory driver switches.

A solid drive from the 2019 Blancpain Sports Club champion ensured another third-place finish to wind up a sensational debut in the series by the team. 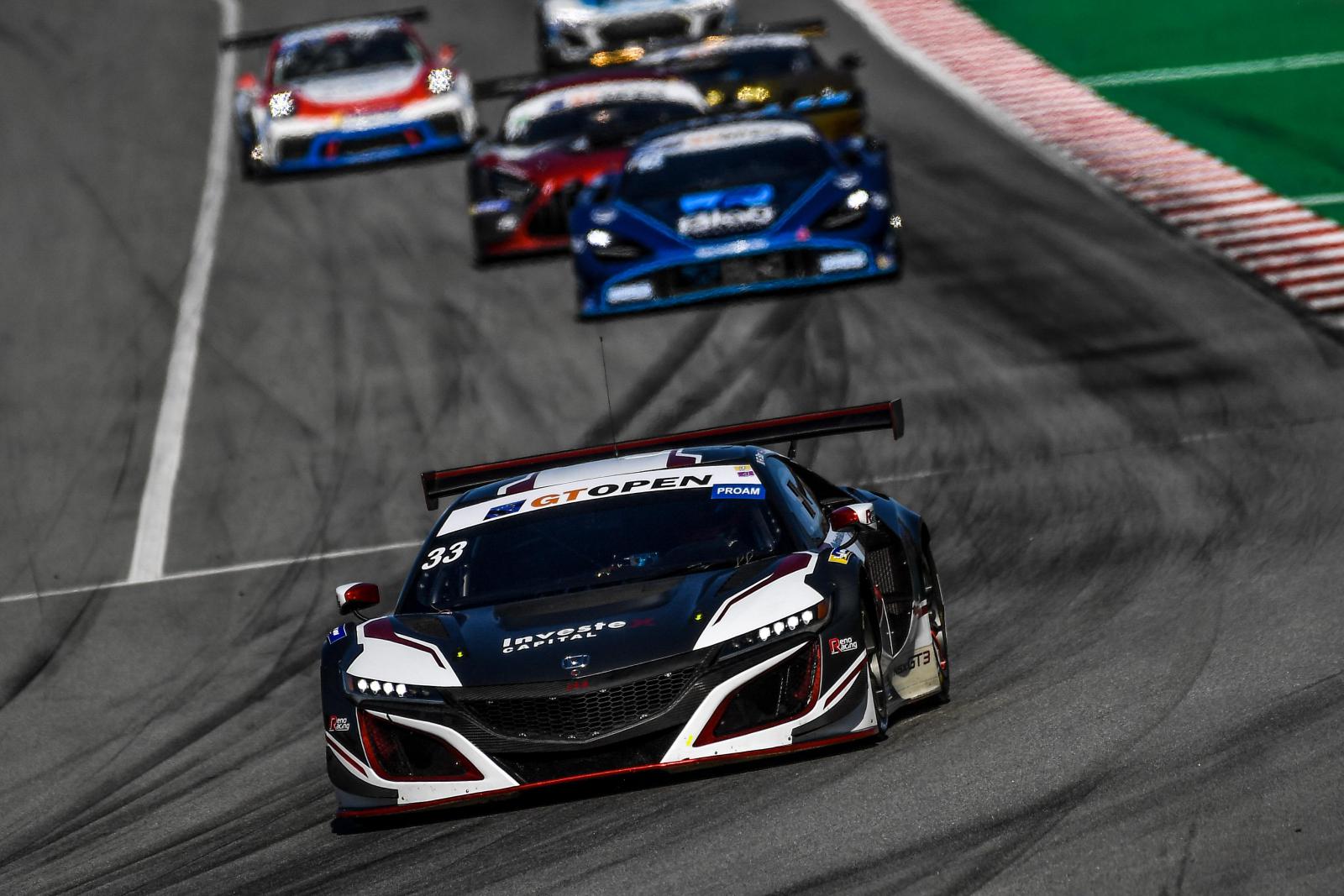