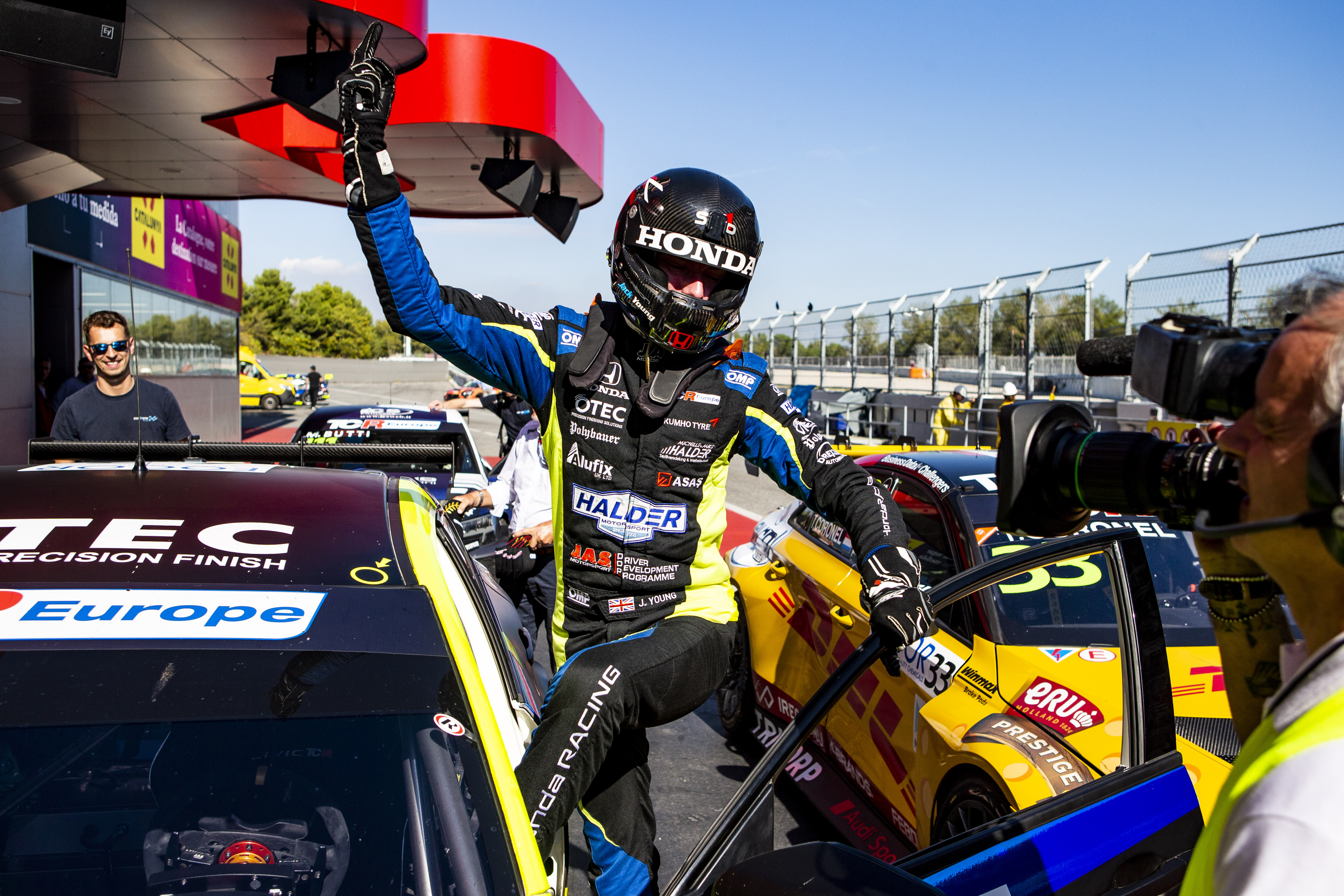 JAS Motorsport Development Driver Jack Young scored a milestone result for the Honda Civic Type R TCR as he delivered its 64th win of the season to make 2022 the most successful year in the car's history.

Young's victory at the final round of TCR Europe at Barcelona means that the global wins total for the car has now exceeded the previous single-season record of 63, set in 2019 and equalled last week.

It also ensured that the Northern Irishman has a further success to add to the win he scored in the opening race of the season in Portugal.

He had already climbed from 10th on the partially-reversed Race Two grid to fifth within two laps on Sunday, but contact from another car pushed him off the track and through a gravel trap, which dropped him to 14th spot.

Undeterred, he carved through the field across the remaining 10 laps to finish fifth; a result that made him the top points-scorer of the weekend and elevated him to sixth in the end-of-season standings.

Halder Motorsport team-mate Mike Halder suffered a technical issue in qualifying that stopped him making the most of his Civic and restricted him to 12th on the grid.

The German was 10th in Race One but took up the mantle of lead Honda driver when Young was pushed off and climbed to fourth by the chequered flag.

Team-mate Michelle Halder was running comfortably inside the top 10 in the season finale when a technical issue struck and caused her retirement. She'd been 16th in Race One.