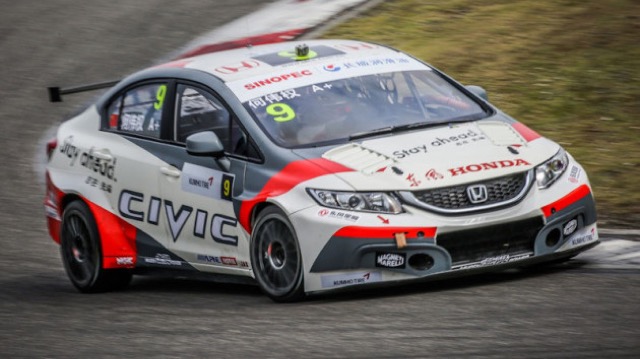 There were strong performances from the JAS-built Honda Civics in the latest round of the Chinese Touring Car Championship, with a second and third place finish for the Dongfeng Honda team drivers.

Henry Ho started off the weekend in fine style with a strong pole position, although team-mate Martin Xie had a troubled session and qualified at the back.

However when the race started Ho was passed by a couple of other drivers at the start before battling back through the race. Xie meanwhile was the star of the weekend, scything his way through the entire field to finish a commendable second. Ho took the other step of the podium in third.