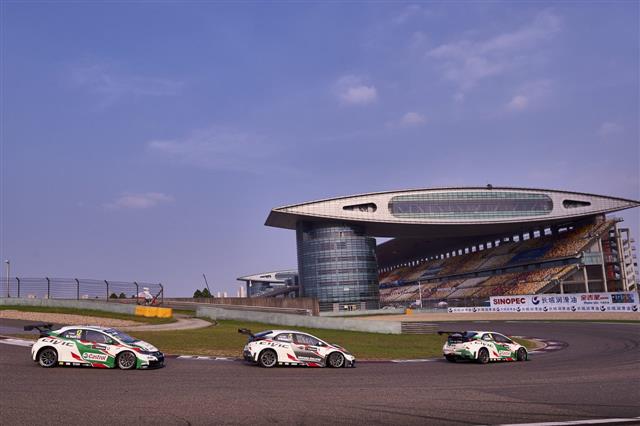 JAS-prepared Honda celebrated a sixth victory of the year in the Manufacturers Against the Clock challenge in Shanghai. This added to a sensational second place finish for Norbert Michelisz in the main race of the weekend, despite carrying 60 kg of performance ballast.

The Civic squad showed the value of great team-work in the trial style MAC3 competition. The three drivers Rob Huff, Tiago Monteiro and Norbert Michelisz outclassed the nearest challenger, LADA, by 0.295 seconds after two laps around the 4.6 km track in the Chinese city.

This victory came at the same time as Honda announced that they would participate once again in the 2017 World Touring Car Championship. The JAS-prepared Civic team will aim to build on an encouraging season where they have so far taken four outright victories.

Meanwhile in Italy, JAS-prepared Civic driver Roberto Colciago has taken the inaugural TCR Italy series title after a dominating season. Roberto finished on the podium during the second race and this runner-up place was enough to confirm his title with one weekend still left in the series.

Stéphane Lémeret is also looking strong for the TCR Benelux title. At the weekend Stephane’s JAS-prepared Civic took another win from the four sprint races in Luxembourg and now has a 62 point advantage with one championship meeting left in that series.