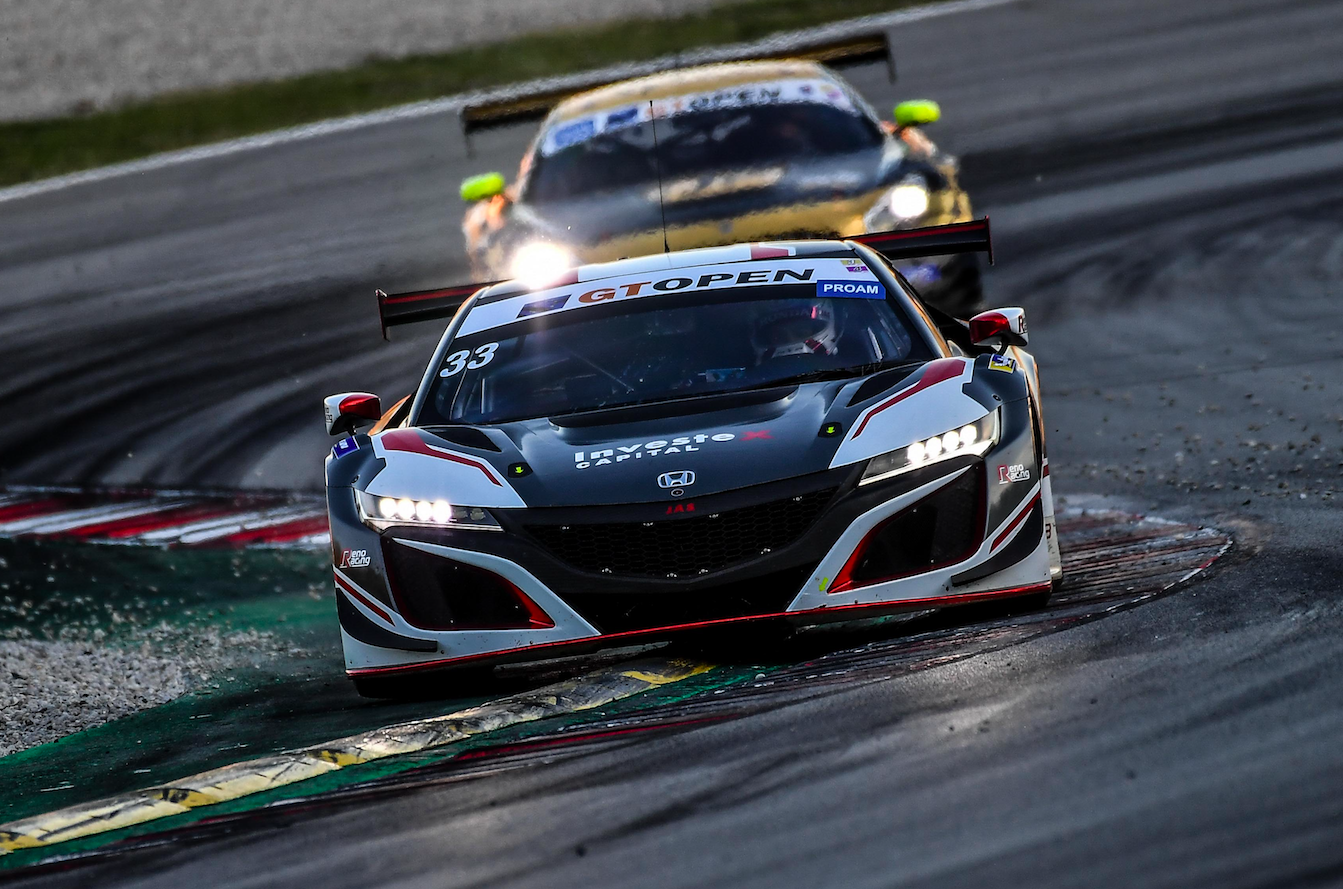 The 20-year-old Irishman will compete for Reno Racing, the same team with which he made a highly impressive series debut last year.

The Danish team, who aim to field a two-car line-up for the full season, are actively working to determine Reece’s co-driver for the season ahead, with potential partners for a campaign in either the pro or pro-am class under evaluation.

The NSX GT3, all examples of which are assembled at JAS Motorsport’s Milan headquarters, has competed only twice in the GT Open before. The car has secured 15 major titles across the globe in just two years of competition.

The International GT Open is due to kick off at Portimao, Portugal, on April 25-26. Seven rounds are scheduled, all on contemporary Formula 1 circuits across Europe.

Reece Barr said: “Im so excited about the season ahead in International GT Open. After the way we performed at Barcelona last year with the two podiums and the pole position in class, I really just wanted to do it all again straight away. Having a full season secured feels great and continuing with JAS Motorsport as part of the Driver Development Programme going into 2021 is going to be a huge help too. I got on really well with the Reno team at Barcelona and in the few tests we did before that and we definitely work well together. Whether it’s Pro or Pro-Am for us, I’ve had a taste of being right at the front and I definitely want to continue that, but I’m taking nothing for granted because I expect the level of competition to be even greater than it was last year. I’m just taking a sensible approach, preparing myself in the most relevant way I can, and looking forward to getting started.”

Jens Moller, Reno Racing Team Principal, said: “I was so happy with the way our GT Open debut went at Barcelona last year and we all decided before we’d even left the circuit that we were going to try and come back for the full season this year with Reece, who was incredibly impressive in his first weekend racing the NSX GT3 Evo. We have several options for Reece’s co-driver and that will determine whether we enter the Pro or Pro-Am category, but certainly we believe we should be fighting for the title in either class. Our aim is to expand to a two-car line-up if possible, and this could open up many new opportunities, both for ourselves and for our potential new drivers.”

Riccardo Incarbone, JAS Motorsport Driver Development Programme Manager, said: “Reece has made tremendous progress since becoming a JAS Development Driver and the performance he was able to put on with Reno at Barcelona last year was exactly the reward he deserved for how hard he has worked. That development continues off-track as well as on it and he’s making sure he’s in exactly the right condition for the start of the season. There is no doubt in my mind that Reece and Reno Racing can win races immediately and that shows that the Driver Development Programme is doing its job. He’s a very fast learner and somebody everybody should be keeping an eye on this year.”