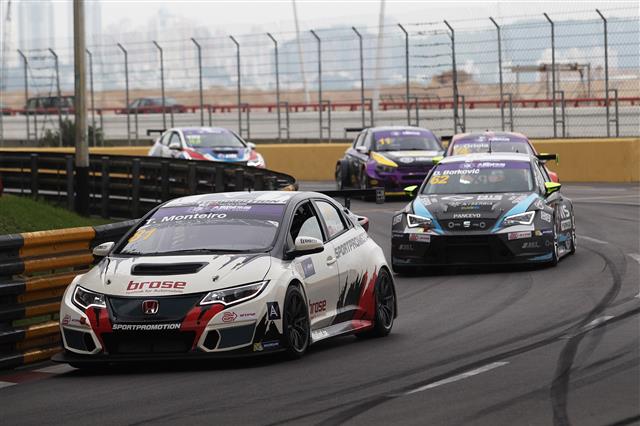 JAS-Powered Cars Round Out TCR Season in Style With Another Win!

Tiago Monteiro secured a stunning victory around the challenging street circuit of Macau in his JAS-prepared Civic TCR. The Portuguese driver finished nine-tenths of a second clear of the nearest car in the final race of the TCR International Series for this year.

Monteiro, who was a guest driver with WestCoast Racing for this event, drove a faultless race having made a great getaway from third position on the grid to vault ahead of his opponents.

He maintained a small advantage at the head of the field through a chaotic period which included a red flag delay and then a final, short shoot out, to take the win.

“There weren’t a lot of laps, but the ones we had were very tense and it was a tough race as Macau,” said Monteiro. “From third I knew I had to attack and try something and the start was the key – I focused on that – and I moved to the front. From there I was in the lead and I just had to keep them behind me in the mountain. It was tactical and it was a good win.”

Despite setting fastest times in practice Giannia Morbidelli was unable to figure in the race due to accident damage after having been pushed wide by another car.