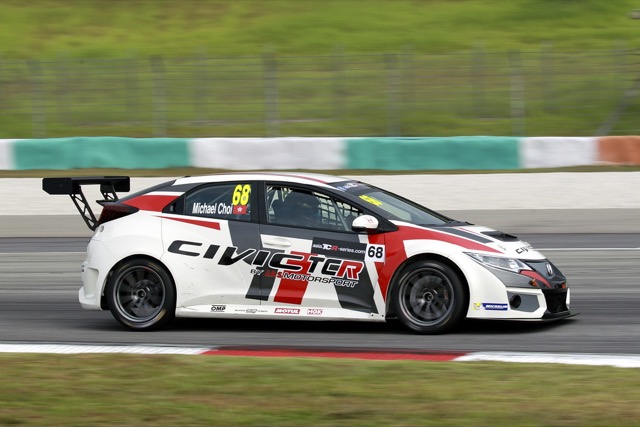 Both Price Racing Cars Right On the Pace

The two JAS built Honda Civic TCR cars delivered to Price Racing for the TCR Asia series were in action for the first time at Sepang. Both performed well with limited track time available to both drivers before the event. In Race 1 Michael Choi took 3rd place with team-mate Kenneth Lau 4th. In Race 2 Lau was in a heated battle for second place when he was black flagged for a grid infringement when in fact he had recovered his correct grid position after being delayed on the green flag lap. Eventually Choi took second place. In Race 3 both cars suffered minor technical maladies and did not complete the laps.

“We are very pleased to see the two cars right on the pace of the TCR Asia competitors,” reports Mads Fischer, JAS Motorsport Customer Support Manager. “With more track time before the next event both Kenneth and Michael will get more out of the Civics. The series launch event was very well staged and it looks good for the future of the TCR formula.”