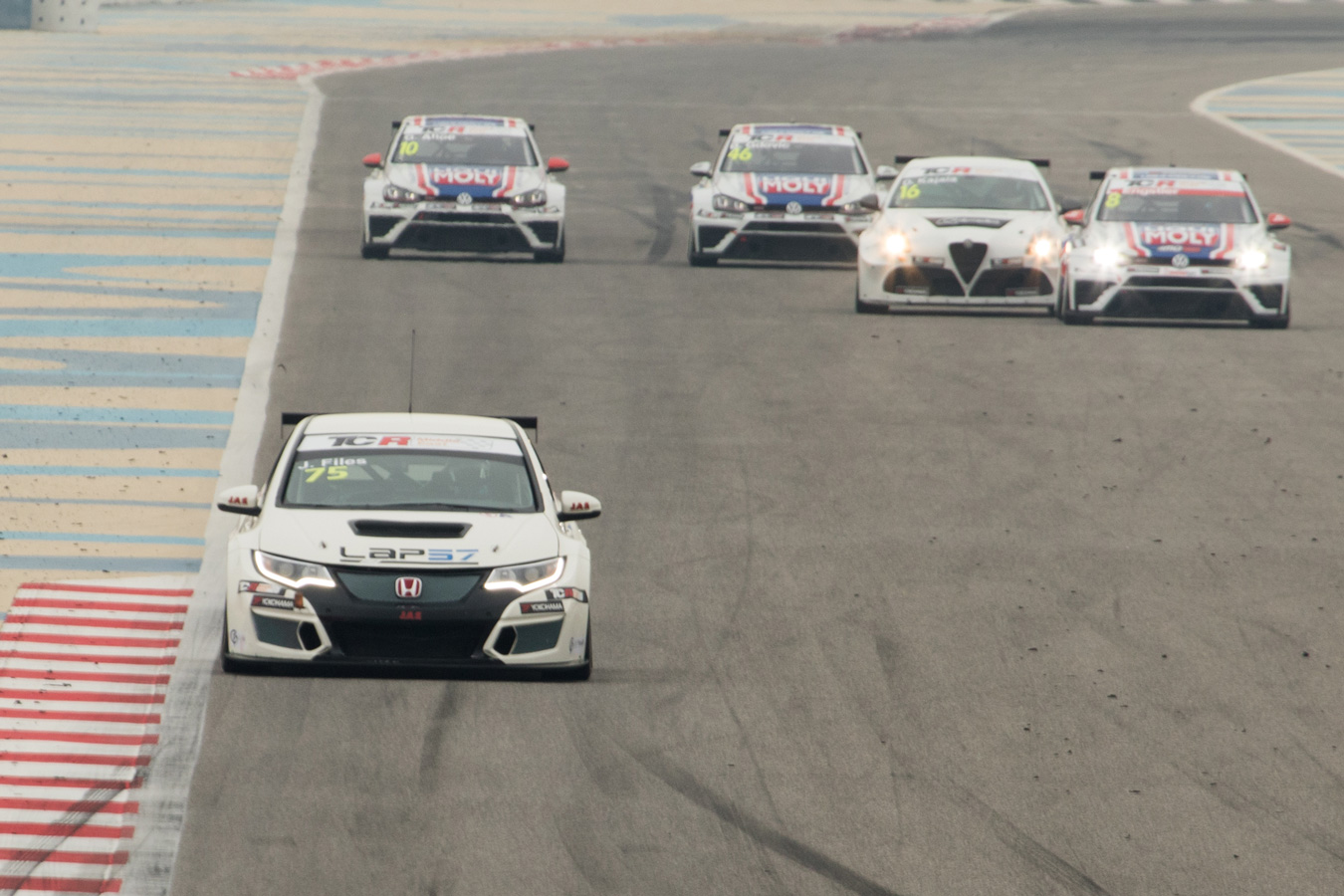 Another trophy for the Honda Civic TCR J.A.S. built

The British driver left no chances to his opponents and with a double win on the Bahrain International Circuit.
After Race 1 dominated by Files with a gap of 16 seconds, the Brit of the Lap 57 Honda Civic J.A.S. built also won the Race 2 and beat Brandon Gdovic for the lead of the Championship. Josh Files won the TCR Middle East Series 2017 with 4 win on 4 races.

Josh Files: “It’s great to take the championship with a double win. Things may look easy from the outside, but they were not. The entire weekend was about tires, and I am very happy that we took the decision to save new tyres for the races. In both, the tyres were completely dead at the end. Otherwise, the car performed very well”