Combined with two victories in the Coppa Italia Turismo and three podium finishes in TCR Europe, it was another weekend of major successes for the JAS Motorsport-built touring car.

Jensen started as he meant to go on by taking pole position at Jyllands-Ringen for Massive Motorsport and then dominated the opening race.

Fourth spot later in the day was enough to clinch the Drivers’ crown - the 32nd major title for the Civic Type R TCR - and, for good measure, he ended the day - and the season - with a second victory.

Team-mate Kenn Bach was 11th in Race One; his only finish of the event, which was enough to secure third spot in the Trophy standings for amateur racers. TPR Motorsport’s Casper Elgaard was third overall in Race Three to end the year seventh in the points.

MM Motorsport scored a one-two finish and a double win at Magione as the Coppa Italia Turismo continued.

Kevin Giacon took pole position for the opener, but was beaten to victory by erstwhile points leader Alessio Aiello and by Davide Nardilli, who completed a one-two finish for the team with Giacon in fourth.

Giacon made amends by winning Race Two while both of his team-mates failed to finish.

With a round to go, Giacon leads the championship from Aiello with Nardilli in fourth.

Boutsen Ginion Racing’s Tom Coronel marked a superb return to the series with a pair of second-place finishes.

The Dutchman led Race One until the penultimate lap, his choice of wet tyres on a drying track not being quite enough to hang on for victory. He chose a wet/slick mix for similar conditions in Race Two and charged from ninth to the runner-up spot.

Profi Car Team Halder’s Mike Halder finished the opener in third place and added 10th spot on Saturday to increase his series lead with just the Jarama double-header next month to go.

Michelle Halder spun out of Race Two due to a failure of her front suspension - a legacy of having been hit at the first corner. She was 16th in Race One.

Brutal Fish Racing’s Pepe Oriola led Race Two early on, but having taken wet tyres, was disadvantaged by a mid-race safety car and slipped to 12th as the track dried.

He was 10th in Race One, two spots behind team-mate Daniel Lloyd, who was eliminated on Saturday due to contact and slipped to fifth in the points. Martin Ryba, in the third car, won the Yokohama Trophy Diamond class in Race One.

Mads Fischer, JAS Motorsport TCR Project Leader, said: “It’s terrific that the Honda Civic Type R TCR has won its first title of 2020 and we’re extremely proud to see Massive Motorsport’s massive effort rewarded in this way. The fact that they could win the title in their first year with the Civic - against an ex-Formula 1 driver - shows not only what a strong car it is, but what a good job the team and Kasper have done. I must also congratulate TCR Denmark in creating such a high-quality championship for their first season; I’m sure the quality will continue to grow in the coming years. 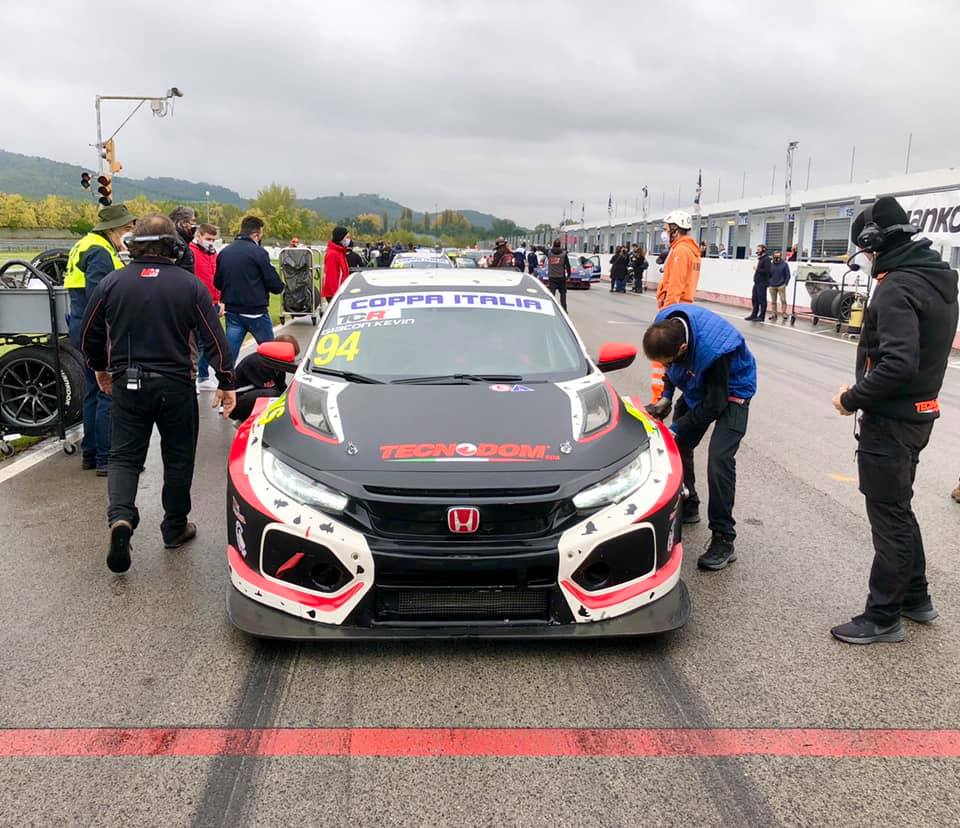